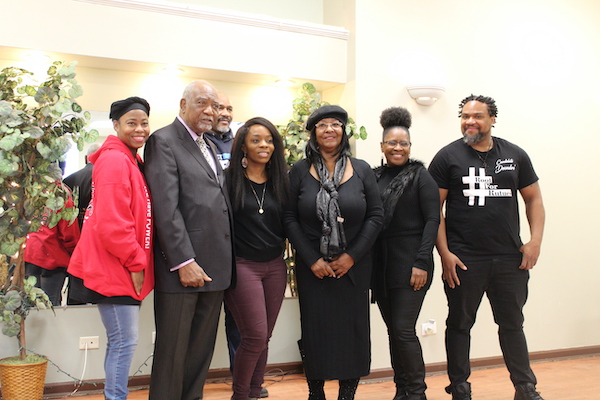 City election officials have finalized nearly all of the ballot for the Feb. 28th election, including candidates running for 29th and 37th Ward seats as well as spots on the new police District Councils on the West Side.

Challenges filed against Corey Dooley (29th), Elena X. Thompson (15th District) and Darius Newsome (15th District) were all overruled, and their names will appear on next month’s ballot. The complete ballot will be finalized this week after the Chicago Board of Election Commissioners review two final cases in the 28th and 5th wards.

A challenge against Dooley was filed by former aldermanic candidate Jill R. Bush for insufficient signatures. The board found that Dooley met the minimum requirement of 473 signatures and overruled the challenge on Jan. 5.

The official endorsement was held Sunday at the Northwest Austin Council. The three-member district councils will report to the Community Commission for Public Safety and Accountability, which has a number of duties including setting police department policy, reviewing the department’s budget and working with the department on community policing programs.

Mitts said the new district council members will allow community voices to be heard and directly impact the police department.

Rutues previously ran for the 37th Ward aldermanic position in the last election (2019) against Mitts. “Now we are working together on things that we can work on,” the alderman said. “If your heart is in the community, you look past your past and move towards the future.”

Green’s name will appear on the ballot for the 25th police District Council, along Jacob Arena, Saúl Arellano, Edgar “Edek” Esparza and Perry Abbasi. Green made a point Sunday of noting she’s the only candidate running for the 25th District council who lives in Austin.

Davis and Mitts both said people tied to the far rights groups – Proud Boys and Oath Keepers – should be officers. Last month, West Side faith leaders called for Officer Robert Bakker to be fired for alleged ties to the Proud Boys group.

“I did a senior meeting on Wednesday, and they had no idea that we had officers associated with Proud Boys,” Rutues said, adding he hopes that with three council members in each district, awareness of police will increase in communities.

Here are the West Side candidates whose names will be appearing on the ballot: