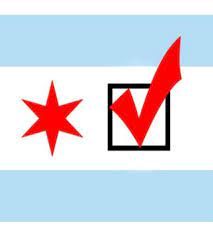 Two of the three candidates hoping to challenge incumbent Ald. Chris Taliaferro (29th) have one more hoop to jump through to get onto the Feb. 28th ballot.

Former aldermanic candidate Jill R. Bush filed objections against Walter T. Adamczyk and Corey Dooley, according to the Chicago Board of Election Commissioners. C.B. Johnson also is also a candidate in the 29th Ward.

All aldermanic candidates have to collect at least 473 signatures of registered voters living in the ward in which they’re running.

In the 37th Ward, no objections were filed against incumbent Ald. Emma Mitts or her three challengers: Corey Denelle Braddock, Howard Ray or Jack Towers.

Hearings on each objection will start Dec. 12.

Election officials have to certify the names of all aldermanic candidates entitled to be printed on the ballot by Dec. 22.