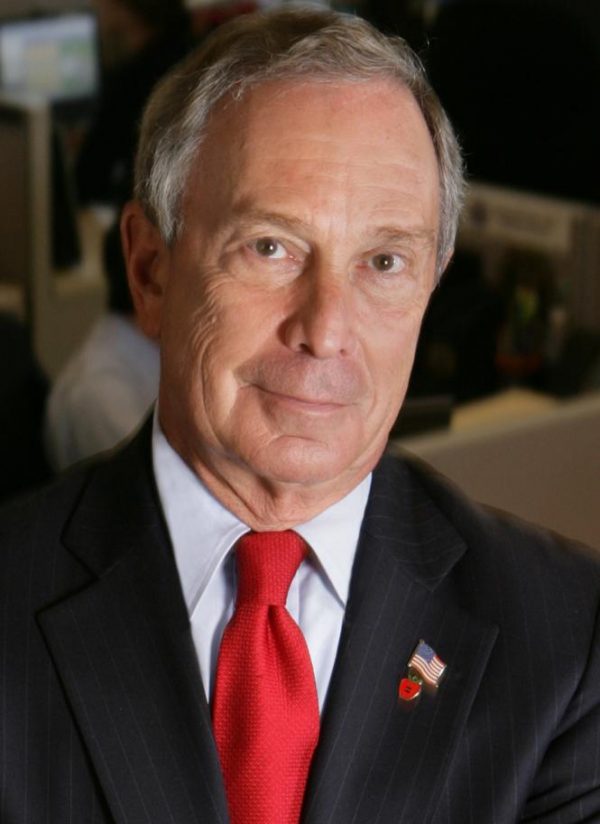 Democratic presidential candidate Michael Bloomberg opened a field office in Austin this week – one of six the New York billionaire opened in recent days in Illinois.

Former Gary Mayor Karen Freeman-Wilson was there Feb. 12 when the office at 5607 W. Division St. “officially” opened. Another office at 2640 N. Narragansett Ave. also was unveiled.

“I am pleased to add my voice to the people who understand how good Mike Bloomberg’s leadership would be for our country,” Freeman said in a press release. “His experience in business and government and practical approach to problem solving has been immensely helpful in communities like Gary and would translate well in cities, towns and villages across the country.”

Though he was not aware of it earlier, state Rep. La Shawn K. Ford thinks a campaign office in Austin will help engage people on the West Side and help increase what’s been historically low voter turnout.

“If you’re going to be a candidate on the ballot for president, it’s pretty respectful that you bring your message to the West Side of Chicago,” Ford said. “It does make the West Side known, and I think the other candidates running for president will learn.”

The Austin lawmaker said he has not endorsed a candidate but is considering which of the eight Democrats seeking the nomination have the best chance to of beating President Donald Trump and are most interested in advancing black people in Chicago.

“It’s not enough to just give us a social agenda; we’ve got to be deliberate about a big agenda for black people in this country,” Ford said.

“He has the wherewithal and resources to do it, so I’m surprised that he doesn’t have more,” Acree said.

A fan of presidential candidate Bernie Sanders, Acree sees Bloomberg as a centrist and is interested in his plans to invest money in the infrastructure of marginalized communities.

“I believe Bloomberg deserves some serious consideration,” Acree said. “If anybody’s tired of the … behavior of this disgraceful dictator that’s occupying the White House, you’d have to consider looking at a person like a Bloomberg.”

Kent Redfield, professor emeritus of political science at the University of Illinois at Springfield, said Sanders, a Vermont senator, or former Vice President Joe Biden can do well in the South Carolina primary on Feb. 29th, but Bloomberg is looking to gain momentum in other state primaries like Illinois, which will be held March 17.

“His strategy is to have a presence and visibility with communities, in addition to the media presence,” Redfield said, comparing Bloomberg’s campaign strategy to Gov. J.B. Pritzker’s 2018 gubernatorial run that had the first-time candidate organizing in counties across the state.

Dick W. Simpson, a political science professor at University of Illinois at Chicago and former alderman, said after primaries in South Carolina and Super Tuesday (March 3) there will be fewer running, making Bloomberg’s presence larger.

“Bloomberg is trying to leapfrog around the early primaries and caucuses to get enough delegates to be a contender at the convention,” Simpson said.