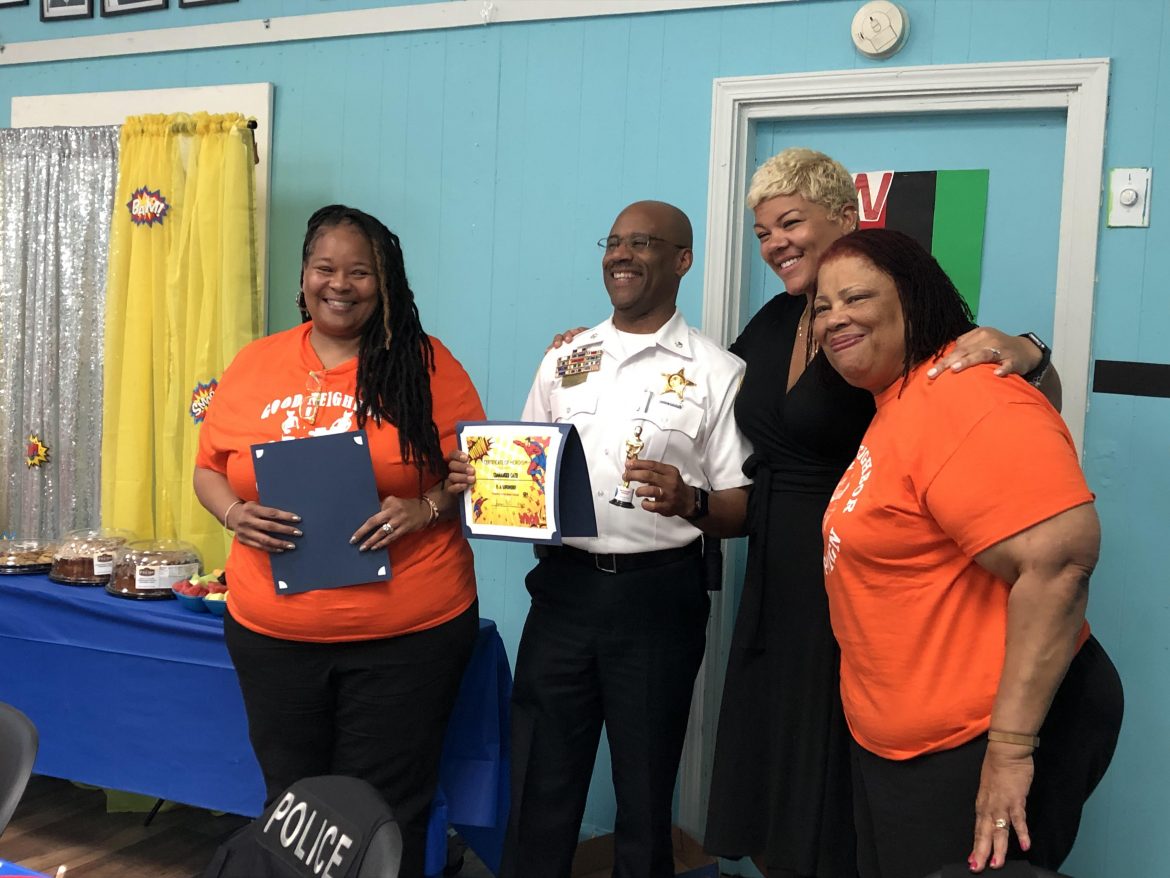 The Westside Health Authority’s Good Neighbor Campaign is honoring the work being done in Austin by first responders and teachers.

“[We] are here to show people that we are coming together in the Austin community. We are going to make it known that we are people that deserve to be respected,” Jacqueline Reed, former president and founder of Westside Health Authority said last week when the awards were given.

“Being here tonight and hearing you all speak makes me realize that [we] are all in this together, we are all family,” said Commander Ernest Cato III of the 15th District, one of the first responders honored May 14th.

Felisha Reed, an administrative assistant at the Westside Health Authority, said it’s important to acknowledge the work being done on the West Side, and that police and educators have a thankless job. Her husband, Will Reed, said it’s beneficial if the community and police work hand in hand.

“As officers, we don’t always get acknowledged in the community. These kind of pats on the back help charge us,” said Sgt. Jermaine Harris, another award recipient. “Working with people in the community helps us be more efficient in addressing crime and violence.”

Harris said making connections with local residents reminds officers there are good members and organizations in the community.

Commander Cato said the Chicago Police Department’s strategy for the year includes working with the Good Neighbor Campaign. He noted so far this year in Austin, murders are down about 40%.

According the the Chicago Police Department’s statistics, in mid-May 2018 21 murders had been recorded in the 15th District; as of mid-May this year, there have been 14 murders recorded.

“This campaign has helped make our job possible,” Cato said. “We have people behind us and a good team.”

The Good Neighbor Campaign began three years ago with the mission to build a village by connecting neighbors in Austin.

Jacqueline Reed, who founded Westside Health Authority in 1990, said this was the first time teachers were honored by the Good Neighbor Campaign. In all, five teachers and two first responders were honored.

“I am so glad to see black teachers up here.The children in the community need to see someone like them who can inspire and relate to them,” Reed said.

Michol Whitney, a preschool teacher at Josephine Locke Elementary School, said being an educator is hard work, and as long as teachers give respect, they will get respect in return.

“It is so great to know there are people in the community we teach in that appreciate us,” Whitney said.

Brandon Wilkerson, a youth organizer for the Westside Health Authority and an Austin resident, said he became part of the organization because he saw too much negativity on the streets and wanted to be a light for someone who needed it.

“There are a lot of good things and good people in Austin, even though we have a bad reputation,” Wilkerson said.

Matina Riley, a volunteer and member of the Westside Health Authority’s women’s group for three years, said the major importance of having a group like theirs accessible to people in Austin is that it unites the community and provides a platform for residents to learn about problems they can solve.

“The work being done through the Good Neighbor Campaign helps change the narrative for Austin,” said Jordan Bester, a youth organizer for Westside Health Authority.