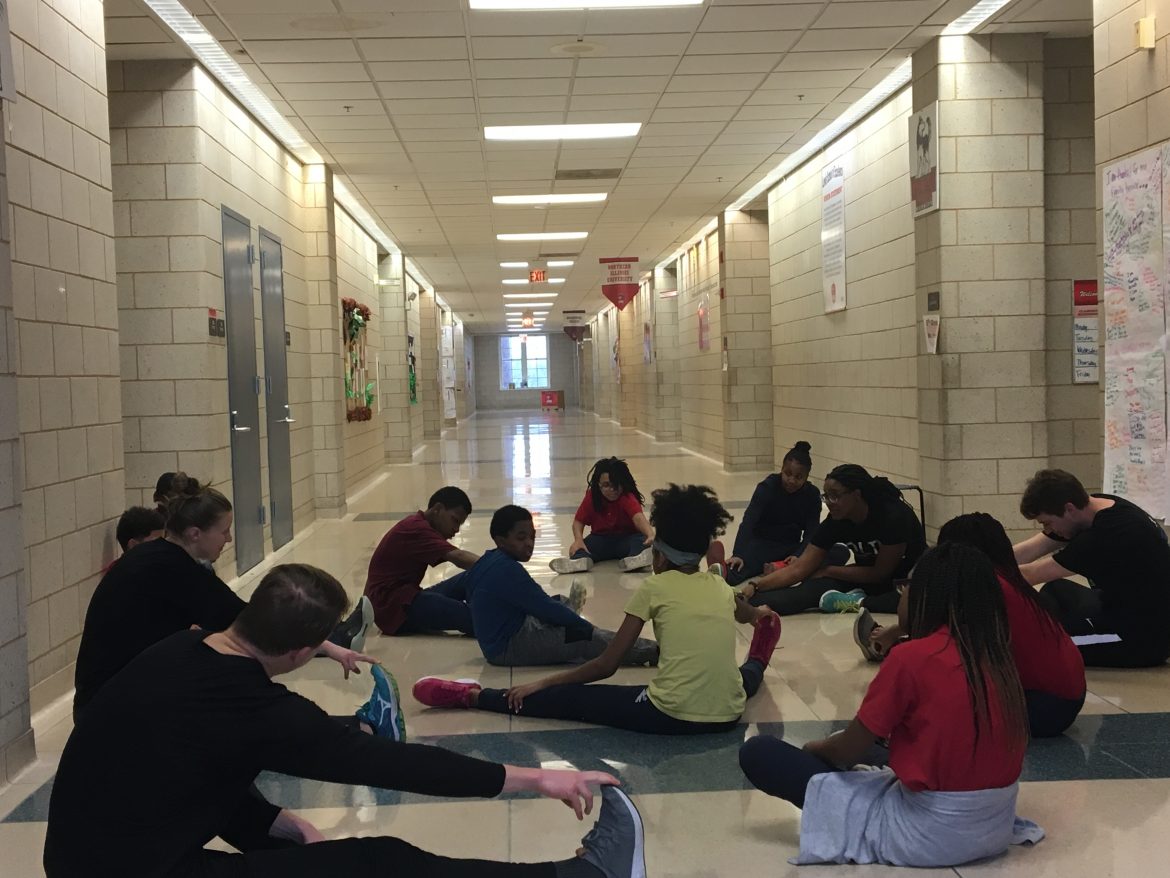 Derrick Norman was devoted to baseball and flag football when one of his coaches suggested the 6th grader check out a new running program at Leslie Lewis Elementary School.

“I wasn’t that interested at first because I was a gamer,” Derrick said. But he decided to give it a try.

“It was such a relaxed environment … you could be open with other people,” he said, likening the running practices to a family reunion where people are in a cheerful mood and there are no bad vibes.

He ran his first 5K a few months later. “I was so nervous.” Seeing the Chicago Run coaches at the end of the 3.1 mile race made him realize he had accomplished something. “I actually enjoyed it.” 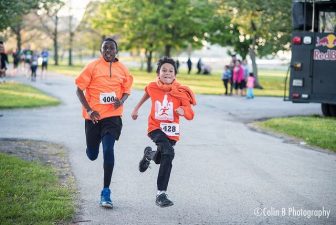 Chicago Run staffers hope many others will have the same reaction this Saturday at the St. Paddy’s Day annual run – where 12 students from the Austin School and dozens of others from across the city will be attempting their first 5K.

After that first 5K, Derrick kept running but then had to quit when he fractured his ankle after playing a basketball game.

Soon, though he was volunteering for some of the Chicago Run events, and by the time he was in high school – he’s a junior at CICS ChicagoQuest in Lincoln Park – he was back at Lewis helping coach the Chicago Run practices there.

Last summer, Chicago Run hired him as a coach at Little Village Lawndale High School. Three days a week he worked with the teens; he learned to work with them differently than the younger kids at Lewis. For one thing, he had to be more strict with the high school students and “figure out how to bring them together,” to motivate them.

“You’re like a mentor. … It’s not about me, it’s about making sure everyone else enjoys what they’re doing.”

Those are some of the many lessons Chicago Run organizers hope young people learn, whether they’re participating during PE class, in an after-school program or as an alum like Derrick.

“Everybody’s a runner,” says deputy director Alex Landberg. Running is about improving yourself, not having to be competitive with others, he adds.

Being physically active helps with both mental and physical health, Landberg says. “From a cost-effective standpoint, it’s one of those things that can really move the needle, especially in a lot of the communities we work in” – where there’s an increased risk for diabetes, obesity and witnessing trauma.

“The more people we can get to start calling themselves a runner, or an athlete or a physically active person, then the better off our communities are,” Landberg says.

Chicago Run operates in 36 neighborhoods and offers programs at 57 sites, the majority of them Chicago Public Schools. The non-profit – founded in 2008 by Dr. Bryan Traubert and his wife, former Commerce Secretary Penny Pritzker – serves more than 18,000 students from pre-K through high school.

Goal setting is really important, says Lauren Shirk, Chicago Run’s director of communication. At this weekend’s race, they’re will be kids who run it under 20 minutes and others who will take an hour. No matter their time, young people participating and working at something is the key, she says.

Derrick loves seeing the students he coaches reduce their time and “just keep on improving.”

He says running has made him realize how important some things, like his education, are. “It gave me a new outlook.”