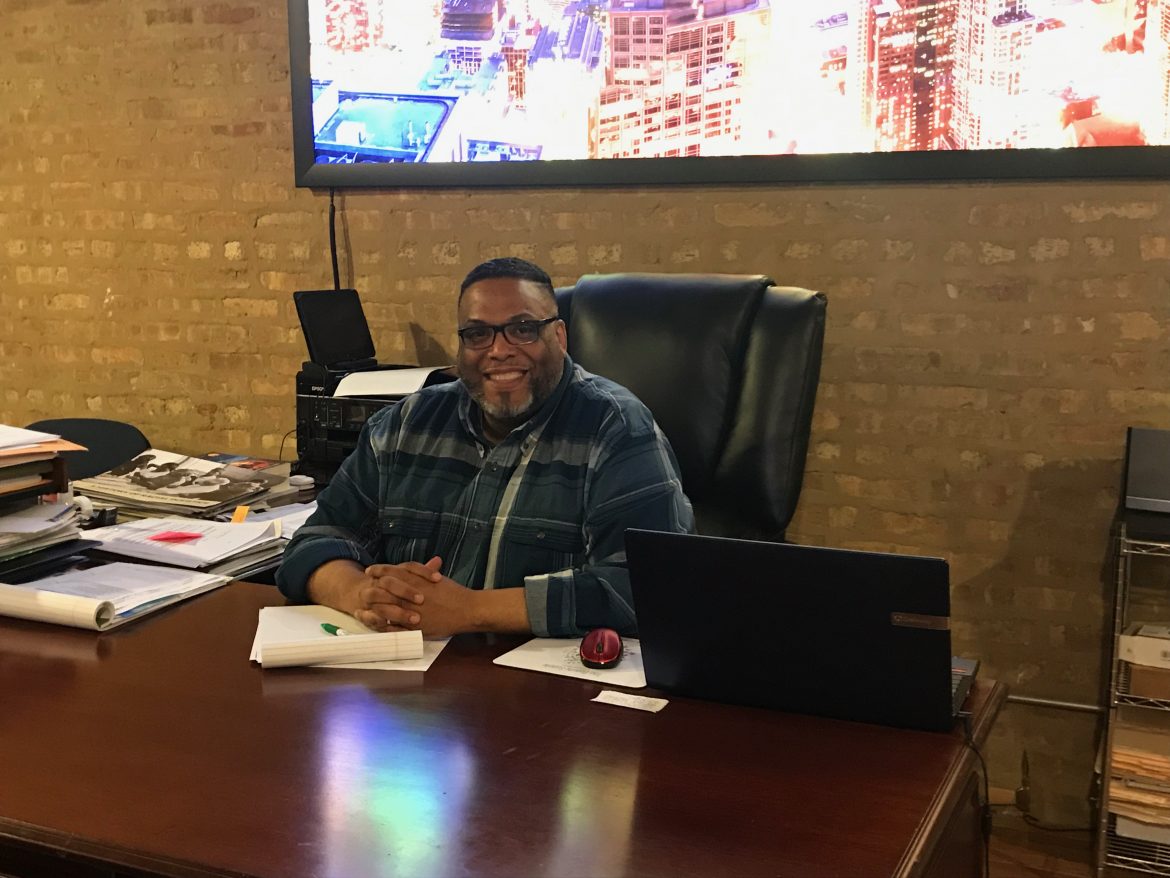 Ald. Chris Taliaferro in his 29th Ward office last week before the Feb. 26h election, which he handily won.

With 40 out of 44 precincts reporting, Dwayne Truss came in second with 27 percent of the vote and third was Zerlina A. Smith, who had about 14 percent.

Despite losing Tuesday’s election, Truss said he will continue to work in the 29th Ward, citing lack of resources for his loss.

“I knew what I was getting into, and we worked hard to get our message out,” Truss said. “Obviously, people are happy with the current leadership provided to them.”

Smith attributed her last-place finish to too little funding and pledged to run again. She also had sought the 29th Ward seat in 2015, when Taliaferro beat the incumbent, Ald. Deborah Graham.

“The people are choosing to elect who they want to represent them,” Smith said. “I will continue doing my work in the community, being an advocate and being vocal about the necessities for our people.”

Taliaferro didn’t return calls for comment Tuesday night, but last week the alderman said he was optimistic about the future of the 29th Ward.

“It’s exciting to see this ward go from very little investment to now being looked at, and I think that is the result of a lot of hard work from my office and hard work from a lot of the organizations in the ward.”

In the 37th Ward, longtime Ald. Emma Mitts defeated CPS teacher Tara Stamps, 54 percent to about 40 percent, with Deondre Rutues placing third with nearly 6 percent of the vote. That was with 39 out of 41 precincts reporting.

And in the 28th Ward, Ald. Jason Ervin beat three challengers, garnering about 62 percent of the vote with all 46 precincts reporting.

Neither of the two mayoral candidates with strong West Side ties made it the mayoral runoff. Out of a field of a record 14 candidates, Austin Chamber of Commerce head Amara Enyia placed sixth with 8 percent of the vote, while state Rep. La Shawn Ford placed 11th with 1 percent.