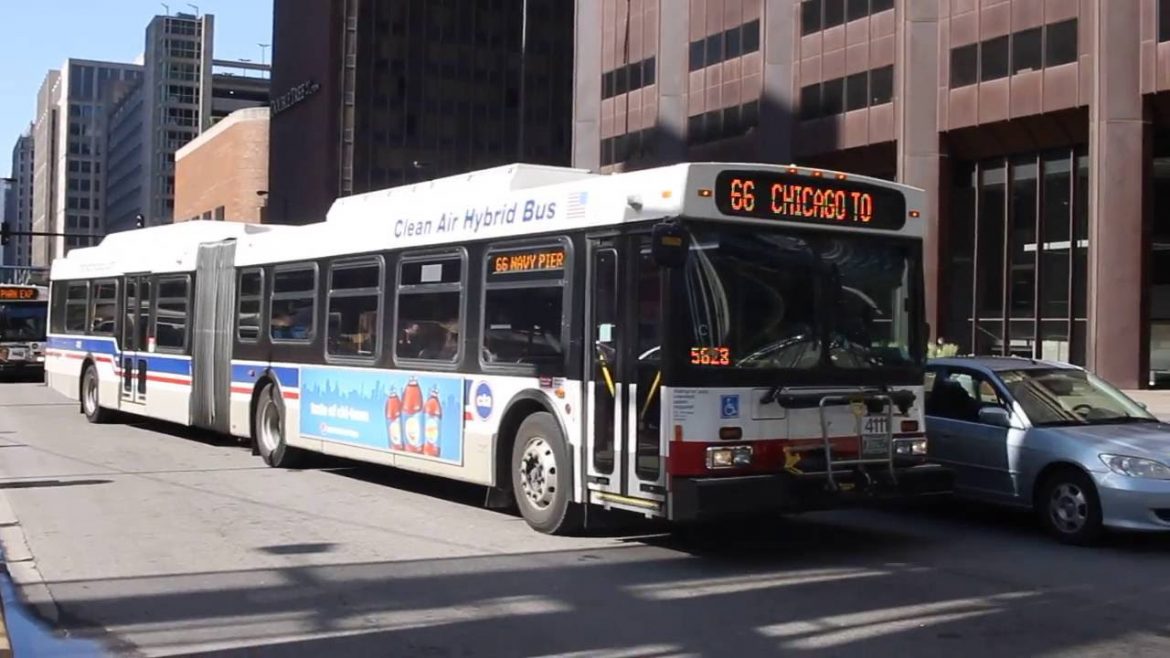 Two well-traveled Austin bus lines are getting more attention from the city.

The Madison Avenue (#20) bus is one of eight city routes piloting new digital information screens, and the Chicago Avenue (#66) bus is part of the city’s transit development policy targeting certain parts of Chicago.

This new technology supplements the existing visual and audio service information already available on all CTA buses — large text announcing the next stop and audio announcements to assist those with hearing or visual impairments will remain.

The new digital screens, which the CTA president previewed at the City Club of Chicago in the fall, have been installed in the front and middle section of two #20 Madison route buses. This placement allows for better readability of the screen by all bus passengers, regardless of where they are seated.

CTA will continue testing the screens on other bus routes and is actively soliciting public feedback about this new technology from both new and frequent riders. Customers who’ve ridden one of the test buses and wish to share their thoughts about the new digital screens can fill out an online survey at transitchicago.com/busdisplay

Modeled after digital screens used by transit systems abroad, CTA is testing the new technology to see whether customers will find the real-time updates and other service information useful when managing their commute and navigating the CTA system.

The final design of these display screens may change based on feedback and suggestions received from bus customers.

The new screens mark the latest expansion of CTA’s digital customer information offerings, which include the CTA’s Bus Tracker and Train Tracker signs at bus stops and rail stations.

“These new digital screens will make it easy for customers to make real-time decisions about their commute while on board the bus and without having to open up an app on their mobile device,” CTA President Dorval Carter said in a statement.

In other transit news, the city wants to expand its transit-oriented development policy to more than 20 high-ridership bus routes along eight major corridors, including the Chicago Avenue (#66) bus.

The policy was created in 2013 to foster pedestrian-friendly neighborhoods by enabling new construction projects near rapid transit stations to have higher densities and less parking than is typically allowed by the city’s zoning code.

Under the proposal recently introduced in the Chicago City Council, the eight transit corridors would be given the same TOD eligibility as rapid transit stations for projects that are within a quarter-mile or within a half mile if the development site is located on a pedestrian-designated street.

The eight corridors represent some of the highest ridership and highest frequency services offered by the CTA, with many of them meeting or exceeding ridership on parts of the Blue, Orange, Green and Pink train lines.

Beginning this spring, these investments will also include improvements that support pedestrian safety and overall traffic flow for all vehicles.

On the South and West sides, the high-frequency corridors also overlap with multiple  city-led initiatives to promote development, including Retail Thrive Zones, the Neighborhood Opportunity Fund and the Opportunity Zones program.