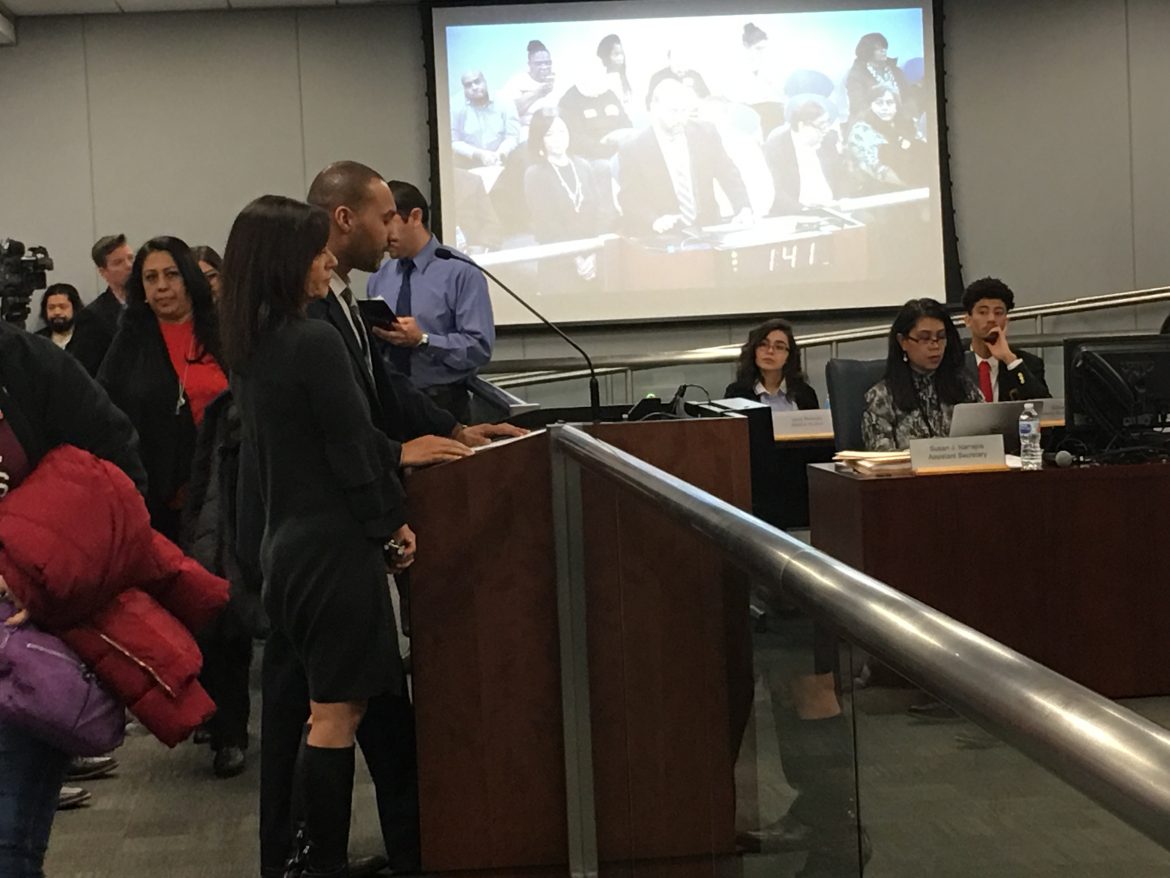 Parents and faculty of Plato Learning Academy are relieved their school will remain open after the Chicago Board of Education voted to renew Plato’s contract for two years.

The K-8 contract school, which has two campuses in Austin, was being considered for closure after Chicago Public Schools placed it on the academic warning list earlier this year, AustinTalks reported.

“It’s a great relief,” said Linda Christian, 65, whose grandchildren Kamron and Kiaun Garth have been attending Plato since the family moved to Austin four years ago.

“They are A students; they are getting along at Plato,” Christian said after the board voted Wednesday to renew Plato’s contract, which was set to expire June 30, 2018.

Charles Williams, who took over as Plato’s principal in August 2016, made a public appeal before the school board Wednesday, urging them to vote “yes” on a two-year contract renewal that CPS recommended after months of consideration.

Williams said Plato is “committed to delivering a high-quality instruction to all of our students.”

“We’ve already begun to work … to not only reach the goals at the beginning of this year designed to enrich our class, but also started exploring methods of meeting conditions that we’re sure are in our contract,” he said.

The principal said the board’s approval will “mean much more than just a contract renewal,” citing a November public hearing where Plato’s parents, students, staffers and community members spoke strongly in favor of keeping the school open.

“It will mean that nearly 400 students in the Austin community will not be forced to find new schools and potentially add to the overall decline of enrollment that we’ve seen in Chicago,” Williams said.

He noted Plato’s partnerships with Chicago Cares, ComEd and the FBI, and said students will continue to have after-school programs that provide them with a safe haven day in and day out.

Plato received a level 2 rating for the 2017-18 academic year, with a “below-average” attendance rating and “very weak” safety in and around the school, according to the school-by-school SQRP ratings CPS released two months ago.

The new contract will allow Plato to continue to operate through June 30, 2020, but with certain conditions added as part of the renewal agreement.

North Lawndale Charter School and Urban Prep West, which also appear on the CPS academic warning list, both secured two-year contract renewals, while ACE Technical Charter School will be closed for “failing to address an extended period of poor academic performance” after making the list.

Christian, the Plato grandparent, said she’s “very optimistic” that the Austin school will be able to address its rating problem as long as they are given the time they need.

“Mr. Williams hasn’t been there long enough to implement his ideas and his concerns,” she said. “He does have ideas, but implementing them, he just hasn’t had the opportunity.”

“If we don’t see opportunities in our current [charter/contract schools,] it’s our job to do something about it,” she said