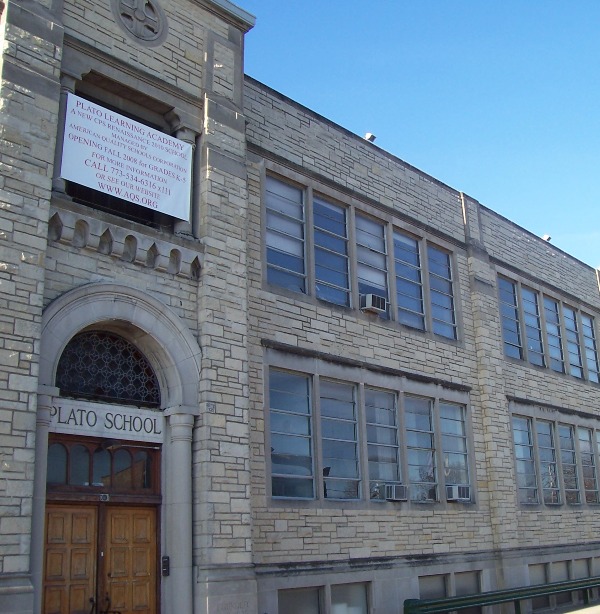 It came as a shock the morning of Oct. 24th to Plato Learning Academy Principal Charles Williams when a staff member sent him a link to an article reporting the Chicago Public Schools was considering closing Plato due to low academic performance.

“I knew that we received a level 2 again,” said Williams, who became Plato’s principal in August 2016.

But the big surprise was that the announcement hit the papers before it was officially announced to the school community, he said. And, he added, the news came the same day CPS had scheduled a visit as it considered renewing Plato’s contract, which will expire in June 2018.

“It was a little disappointing because I would have wanted to inform our parents prior to [the announcement],” Williams said in a recent interview.

Plato is among six charter/contract schools that appear on the CPS warning list so far this year for failing to meet academic standards CPS set in 2015.

The charter school accountability policy, which is intended to hold charter schools to the same academic standards expected of district-run schools, allows CPS to “take swift action against poor performers” – those who fail to make significant improvement after being placed on the warning list.

The list includes any charter school that receives a level 3, or whose School Quality Rating Policy (SQRP) average is below 2.5 within a two-year period, or who’s rated level 2 over three consecutive years.

The current contract will allow Plato to stay open through the end of the 2017-18 school year if the Chicago Board of Education decides to close the school at their next monthly meeting, Williams said.

“CPS is committed to supporting quality school options, and the district has an obligation to the families of Chicago to ensure that all schools are held accountable for their performance,” CPS Press Secretary Michael Passman said in a statement, adding “the final recommendation regarding the potential closure of Plato has not yet been made.”

Plato, which is managed by non-profit American Quality Schools Corporation, was rated level 2 for the 2017-18 school year based on data collected in the previous year, according to the school-by-school SQRP ratings CPS released last month.

This is the third year in a row that Plato received a level 2 rating, which means the school is in need of “intensive support,” according to CPS.

Enrollment at the school has dropped from over 440 students to about 370 this year, the overwhelming majority of whom are African-American children who live in Austin, Williams said.

Both Plato’s campuses, one elementary school located at Harrison and Central, and one middle school at LeClaire and Washington, will be affected if the board votes for closure, he said.

The school’s overall academic score was impacted by attendance, which counts for 20 percent of the assessment, Williams said.

“Getting students to school every day is a huge challenge for us,” he said.

Plato’s average daily attendance rate has dropped to 2 points on a 5-point scale, according to CPS.

The low attendance is due to various factors, including funding cuts resulting from enrollment decreases as the neighborhood loses population, Williams said.

“We are trying to increase enrollment while trying to be creative in how we approach programs and opportunities,” he said, adding the school was able to recruit quality teachers and update its rigorous curriculum earlier this year in an attempt to get off the warning list.

“We have great plans for the building,” he said. “We just need the time to get those things in place and to move the school forward.”

The school community has been strongly opposing closure since learning that’s a possibility, with some saying CPS’ rating fails to reflect Plato’s academic achievement.

“Our academics are where they should be,” said Austin resident Danielle Goodman, whose daughter Lauren Blue, 7, has been at Plato since kindergarten.

Blue, now in second grade, has been a straight A honor roll student since she attended the school, Goodman said.

The problem is not test scores but attendance, Goodman said.

“I felt like the decision which they originally put the school on probation was already a decision to close it,” Goodman said, adding they never received “any supervision, support or guidance” that CPS is supposed to provide.

Plato’s current class size averages between 15 to 18 students, and closing it would mean its nearly 400 students will have to move to other schools that have bigger class sizes, probably with 25 to 30 kids in a classroom, she said.

“How can my child learn when the teacher has so many kids to look over? You are closing so many schools, so quick, in the same community which is being left with limited options,” she said.

Goodman was among about 50 parents, students, local residents and representatives from the school’s management company who spoke in opposition to the closure at a recent CPS hearing.

She and others will be at the Dec. 6th meeting to make their final appeal to the board before the vote, she said.

CPS has failed to recognize Plato’s circumstances and the school does not deserve to be shut down, said Austin resident Phalese Binion, a Plato board member and president of the Westside Ministers Coalition.

Lack of diversity was cited as a major reason for the low rating, she said.

“They say it’s because we don’t have enough Latino students, which the West Side does not have a lot of,” Binion said.

Plato is starting a campaign to reach out to more bilingual teachers and Latino students in hopes of keeping the school open, Binion said, but she added that will be a challenge.

Closing Plato will “affect the students and the community in a devastating way,” Binion said.

“When they came to us, many of them were below standard in regards to scores,” she said. “Now we are bringing them up to standard, and you are talking about taking them away. What you do with the buildings? What you do with the kids? Now you are displacing the kids and sending them out of the community.”

Binion said the next step will be to reach out to West Side elected officials. So far, no one has stepped up to support the school, she said.

The school community has collected about 100 letters and more than 500 signatures on a petition, Williams said, adding the process will continue until next month’s board meeting.

“We knew Plato had been struggling academically,” he said, but “it would not be fair” if CPS makes the decision based merely on old data.

“It might be a little naïve, but it’s our hope that they see not only the role that the school played in the community, but also the changes that we were putting into place to increase our overall performance,” he said.

There have been huge efforts made to improve attendance, grades, safety in and around the school, as well as increasing community partnership, Williams said.

The contract school understands its terms with CPS and the consequences of not meeting the standard, said Dwayne Truss, a longtime Austin resident and advocate for West Side public schools.

While Plato has the opportunity to appeal to the Illinois State Charter School Commission to reverse the board’s ruling, the Austin neighborhood schools that performed better academically than Plato but were closed by CPS in 2013 did not have that option, Truss said.

CPS does need to come up with sufficient transition plans if they decide to close Plato, he said.

“CPS just has to work with the parents and also engage with the community,” he said.