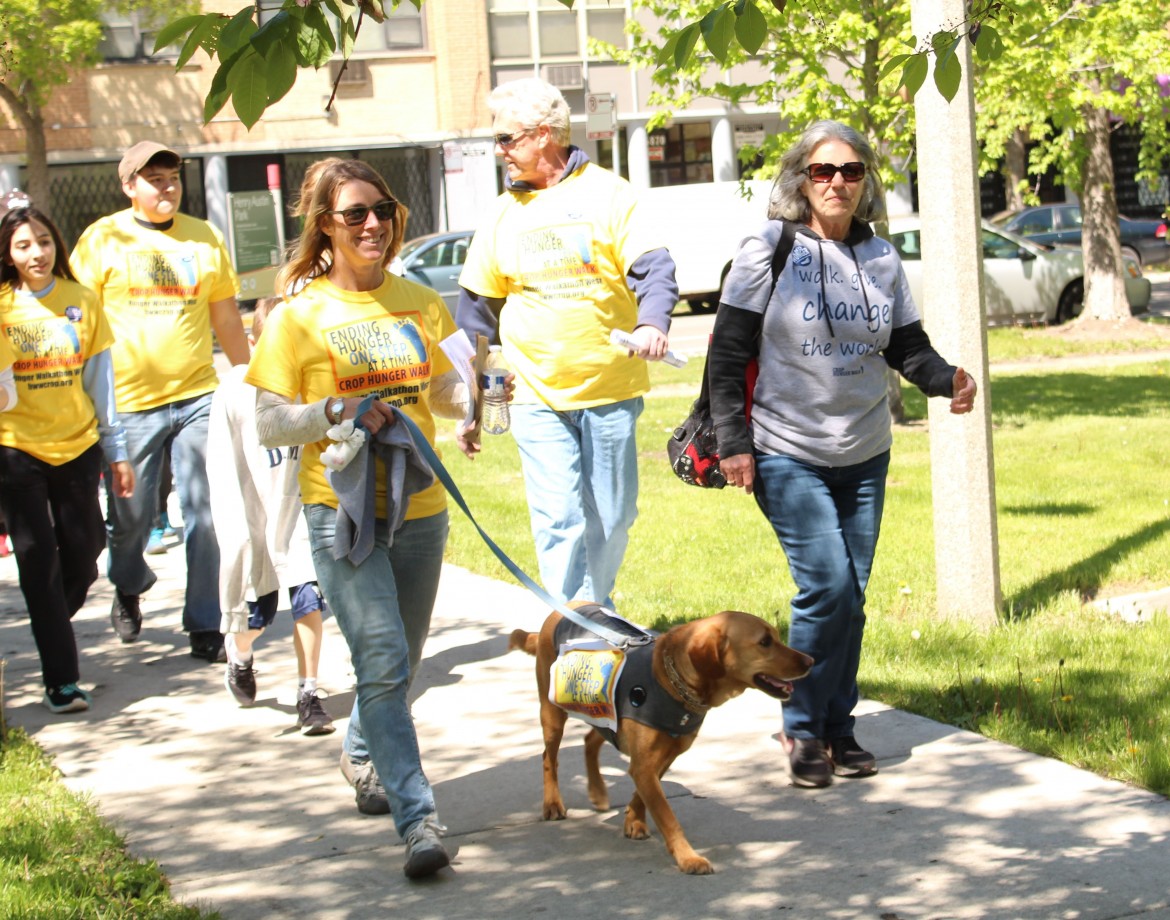 Well over a hundred people participated in the annual charity walk against hunger that came through Austin Sunday.

About $27,000 was raised before Sunday’s event from donors sponsoring a walker. Local food pantries will get a portion of the total money raised, with the rest going to Church World Service, an international charity that has sponsored CROP walks since the late 1960s.

“For us, anytime we get a chance to bring our Oak Park community into Austin, it’s a win,” said Mena Boulanger, a Third Unitarian Church member and rest stop coordinator. 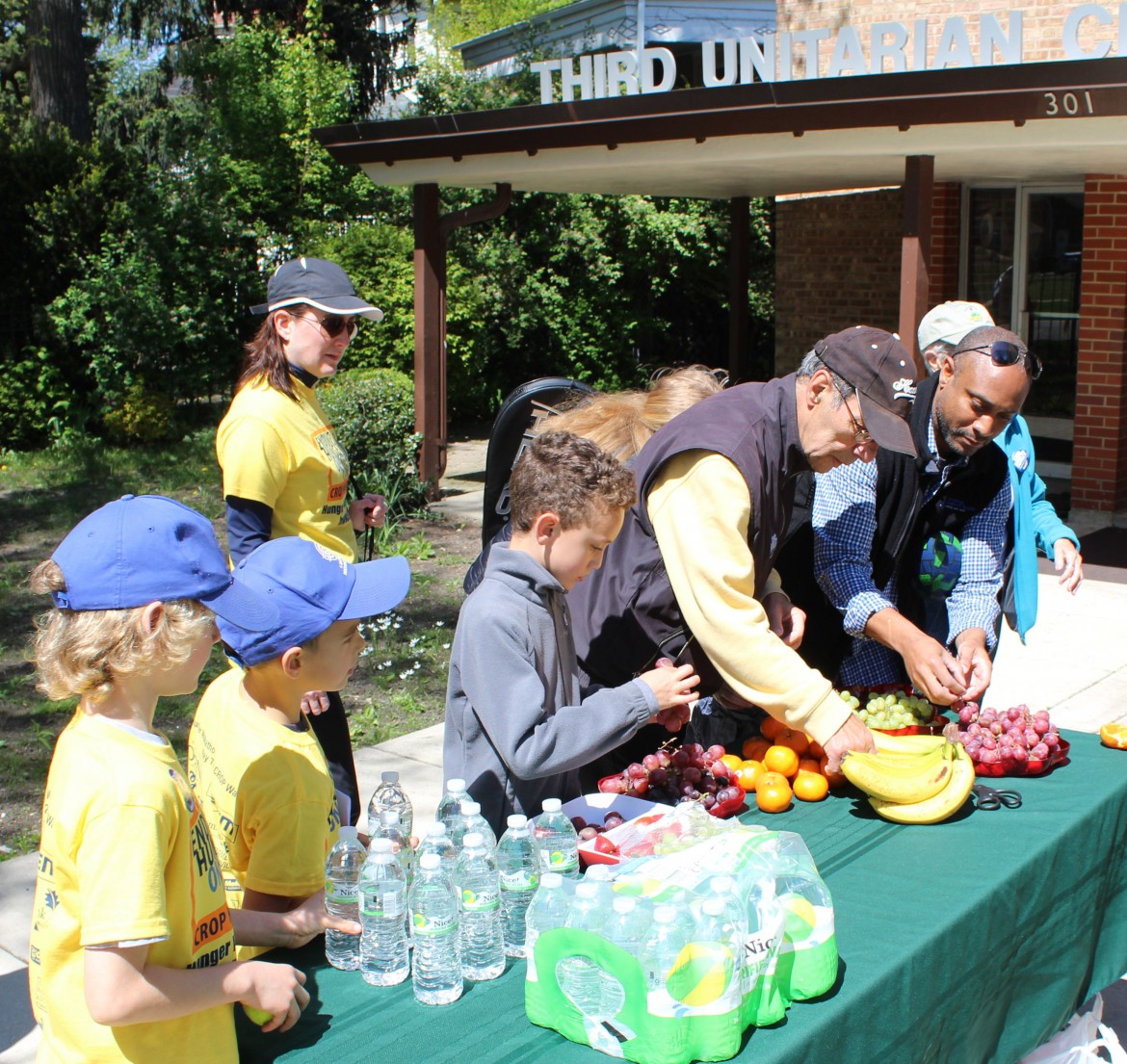 Both first-time and veteran walkers participated.

Oak Park resident Richard Reiter’s first CROP Walk was 30 years ago, and he has been a participant the last three years.

“Our church had an interest in this area, including in Austin, and just the community involvement that the CROP Walk represented,” said Reiter while walking along Washington Boulevard, adding: “The first walk, we jogged it. We were younger guys, and we jogged most of the way. It was little bit faster paced and a challenge.”

Carolyn Lundgren participated with her family a few years ago and decided to walk again as part of her church.

“It’s a great cause to raise money for local organizations here and around the world, and also to be part of a community effort,” said Lungren, a member of Oak Park’s Calvary Memorial Church.

“This is my first time, and I’m really enjoying it,” she said. “I wanted to join in our church’s effort to engage in the community for this great cause.”

After stopping at Third Unitarian, participants continued south to Washington Street before heading west across Austin Boulevard into Oak Park and back to Pilgrim.