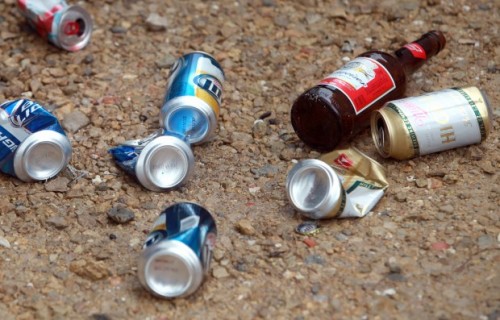 Some Austin residents want to change state law governing liquor stores to keep those establishments from opening near playgrounds and parks.

Current law prohibits liquor licenses be granted to stores operating within 100 feet of churches, schools,and hospitals, as well as housing complexes for senior citizens and military veterans. Liquor stores near parks and playgrounds, however, are not covered.

Members of the South Austin Neighborhood Association (SANA) want the 1934 Liquor Control Act amended to include parks and playgrounds.

They say the proliferation of liquor stores in Austin has attracted more crime and litter to their neighborhoods; stores located near parks and playgrounds are especially dangerous for children and elders, residents say.

“We don’t need those types of stores in our community,” SANA member Terry Redmond said.

Residents objected to the opening last summer of G & N Food and Liquor across the street from Columbus Park at Van Buren and Central. The owner, George Habeeb, told AustinTalks at the time that his business would be run professionally and he planned to work with neighbors on any concerns.

Still, residents launched a petition drive to vote that precinct (42nd) “dry” but failed to garner enough signatures for a referendum on this spring’s ballot. They’ve since turned their attention to amending the Liquor Control Act. Redmond said the group is working with Austin state Rep. La Shawn Ford on amending the law.

Ford told AustinTalks he’s working with residents to address their concerns. The lawmaker said he’s also shared those concerns with the Illinois Liquor Control Commission and the city’s general counsel. A major question, however, is how broad the proposed amendment should be, Ford said.

If, for instance, it covered every park in the city, that could be a problem, he said.

“Near every park in the city would mean Millennium Park and Soldier Field possibly. We just have to make sure we don’t impact areas that shouldn’t be,” Ford said, adding that the best solution is to vote a precinct dry.

“Residents have done that before. You don’t have to change the law in that case to get what they’re trying to get,” Ford said, adding he has no immediate plans to file a bill with the Illinois General Assembly.

Crime and trash has been an issue along Madison Street between Laramie and Lotus avenues, where three liquor stores are located, Reid said. A moratorium was in place for that area until 2012, following approval of a City Council ordinance sponsored by then-Ald. Deborah Graham to lift the ban.

“You don’t need them on every block, and it doesn’t do anything positive for the local economy,” she said.

Reid said stores must follow their operating agreements that were part of their license application with the city. Those agreements can include certain mandates for store owners, such as keeping trash under control outside their business.

“The city needs to make sure they’re in compliance with their operating plan,” Reid said. “That’s the issue. We don’t need stores selling liquor out of every hole in the wall.”