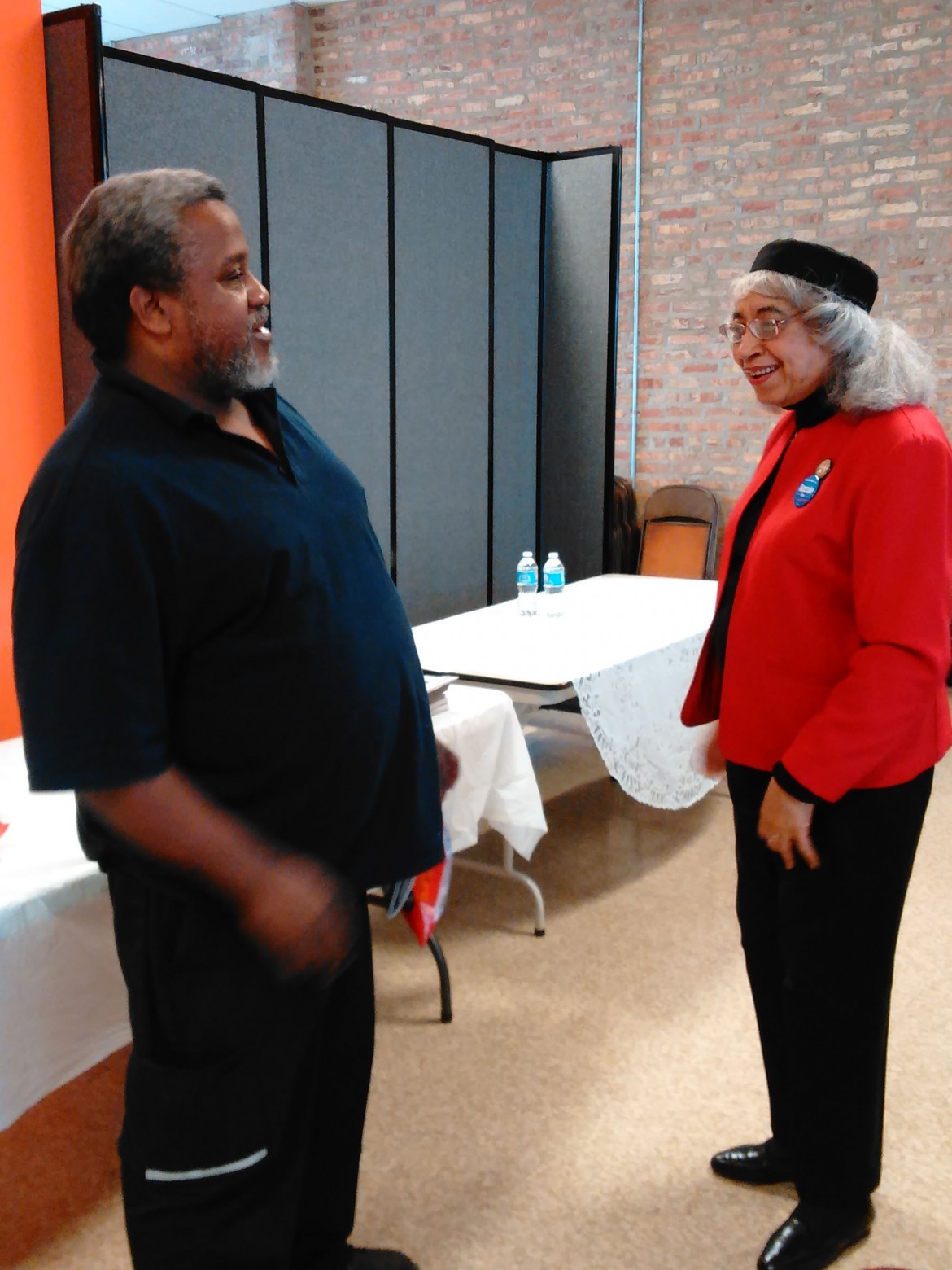 During the 1950 mid-term elections, the voting age in the United States was 21.

At 19 years old, Brenetta Howell Barrett was too young then to vote, but the West Side teen was also too politically active to wait for the next election to cast her first ballot.

So Barrett became a poll watcher – the folks who helped watch and count ballots – when she learned she was old enough for that job.

Even before that, when she was 16, Barrett volunteered for Henry Wallace, the Democrat-turned-Progressive candidate for president in 1948. She later helped register West Side blacks to vote, still before being unable to cast her own.

“It was always important in the household where I grew up to vote,” Barrett, now 84, recalled. “My mother was very fervent about voting. I’ve just tried to carry on that tradition.”

Barrett’s activism has continued on the West Side for some 60 years, including helping launch the Westside Branch of the NAACP.

She’s currently president of Pathfinders Prevention Education Fund, an HIV/AIDS education and training nonprofit located in North Lawndale, where Barrett has lived most of her life.

Saturday’s town hall was among a slew of events leading up to today’s Illinois Primary. West Side Democrats on the ballot and their supporters have been working to get voters to the polls Tuesday.

Saturday’s town hall attendance was small, but the passion intense as attendees discussed the importance of voting and having a voice when it comes to affecting policy.

“This is the time when we need people with the courage and guts to stand up and speak truth to power,” said Lester Jackson, Pathfinders’ board chairman. “You can make public policy, but it’s in the way you execute it. And with the politicians, it’s in the execution where we see a whole new society being developed.”

That new society includes mass incarceration of blacks, especially males, in America, Jackson and others noted.

Amara Enyia, the Austin Chamber of Commerce president who moderated the town hall, said Illinois spends billions to lock people up, money that should be going to keep schools open and put people back to work.

About $1.47 billion is allocated for the Illinois Department of Corrections this year, according to Gov. Bruce Rauner’s recent budget stuck in gridlock in Springfield.

Between 2005 and 2009, Illinois spent roughly $550 million incarcerating people from just the Austin neighborhood, according to the Chicago Justice Project, a nonprofit research watchdog organization that compiled data from the Cook County Circuit Court.

“The prison system,” Enyia said, “is tied to corporations and is for-profit. So you have individuals who are not working outside of the walls, they’re working inside of the prisons manufacturing products that’s sold on the open market, making profit for the prisons.”

Enyia said voting is important to affect this and other issues, but it’s more important who people cast their ballots for.

“People feel that the public servants they have elected through their vote have not lived up to what they’re supposed to,” Enyia said.

The attack on voting rights, she and others noted, greatly increased after the 2013 narrow U.S. Supreme Court decision that struck down a key part of the 1965 Voting Rights Act.

The law required states with a history of black voter discrimination to get federal or court approval before changing their election laws.

But The Supreme Court ruled the map used to determine those nine, mostly Southern states was outdated. The high court left it up to Congress to redraw that map, which has not occurred due to gridlock in Washington, D.C.

After the ruling, Republican-led legislatures in states including Ohio, North Carolina and Texas rushed to change their voting laws, implementing such requirements as having multiple forms of ID before being allowed to cast a ballot. Some states also cut down on early voting days.

Barrett, who now has three generations of grandchildren and great-grandchildren, recalled how long and hard blacks had to fight for their right to vote.

She said she’s still encouraging people, especially the young, to get out and vote.

“We have to continue and not let up on trying to persuade younger people and others, no matter how old they are, how important it is,” she said.