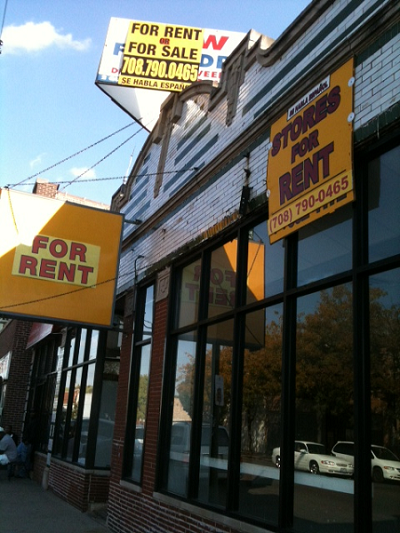 Among the empty overgrown lots and barred-up businesses dotted along West Chicago Avenue sits a community garden – a symbol of hope in Austin– a neighborhood where you can see economic downturn that started years before the national recession. 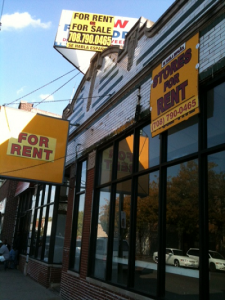 Instead of businesses, storefronts for rent. - Sarah J. Pawlowski

As leaders across Chicago stumble to find solutions to the problems behind the summer spike in violence, residents of the city’s most-populated community area live in fear of shooting outside their doorways and businesses struggle to stay afloat with patrons afraid to visit.

The solution – West Side leaders and advocates say – doesn’t just depend on increased police presence, but relies on community organizing for equitable distribution of resources; better schools and adult education and workforce preparation; changes in juvenile justice; community centers and youth programs; and creating an environment that can give residents hope.

“Every day you wake up, instead of beautiful grass and gardens, you see gray buildings and gray gardens; you don’t have flowers,” Rickie Brown Sr., president of the West Side Historical Society, said pointing toward the trash-strewn lot across from the Sankofa Cultural Arts and Business Center, 5820 W. Chicago Ave. 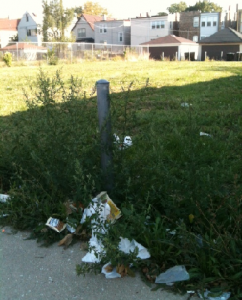 “These kids have a sense of hopelessness”…”In order to eat,” Brown said, young men and boys turn to gangs for a “false sense of manhood and a false sense of security.”

Gang activity, according to Chicago Police Superintendent Garry McCarthy, is the main reason behind the recent spike in violence.

The  men you often see on the street corners, Brown said, suffer from “Linus syndrome,” referring to the Peanuts cartoon character Linus and his security blanket. Unable to get jobs because of their criminal backgrounds, he said they often turn to chemical substances to cope with hopelessness.

“The cycle is being repeated, so we need to do something,” she said.

Mitts said the neighborhood needs a community center – a project at the top of her wish list she’s been working on since she took office in 2000. She also said she’d like to see more opportunities for performing arts for youth at Austin Town Hall and La Follette parks.

“The kids need to see we’re doing something for them,” she said.

Andrew Born, project coordinator at the community-building advocacy group Austin Coming Together, said he hopes changes in the juvenile justice system will have a positive impact.

“By reducing arrests and crime for juveniles, it will create a more positive environment for businesses and give youth a better chance,” he said.

Born said Austin Coming Together and other groups, such as the Austin Coalition for Youth Justice, are working on developing a program that will partner with Cook County departments, police, advocacy groups, businesses and block clubs to build a neighborhood-based juvenile justice system. 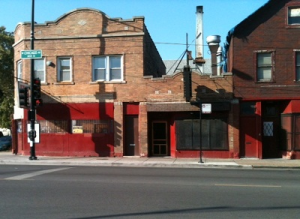 “The community should not just rely on the justice system in place, but rely on each other,” he said.

Born said the idea is to pull together the already available resources in order to keep youth in the community.

West Side faith-based organizations offer programs for youth, too, and religious leaders have been working on strategies to curb violence in the community.

“Ultimately, violence has a way of seeping out,” he said. “You’re not going to have a safe Downtown with violent communities,” said Hatch referring to incidences such as the June shooting of a man on the Magnificent Mile.

Hatch said he agrees Austin needs more positive outlets for young people. The recent closing of Austin’s YMCA, he said, is a step backward for the community.

Hatch said residents – especially young people – must organize to demand more from government, equitable resources and better schools, noting students in Austin have to commute outside the community to attend high school.

“I challenge people to be part of something larger than themselves,” he said.

And Rickie Brown said he thinks change begins with residents, too.

“It’s time to pull up your bootstraps,” he said. “You can’t keep blaming others. You have to pull yourself up.”

Brown points west to the Ed Bailey-Leola Spann Community Garden, unaware minutes earlier that two more were wounded in a shooting less than a block east of Sankofa. 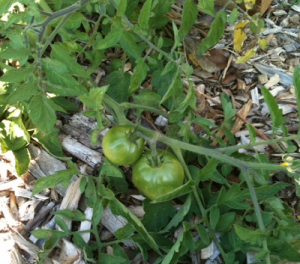 Tomatoes to some, hope to a community. - Sarah J. Pawlowski

“The tomatoes continue to grow,” he said. “It’s a sense of hope for the community.”