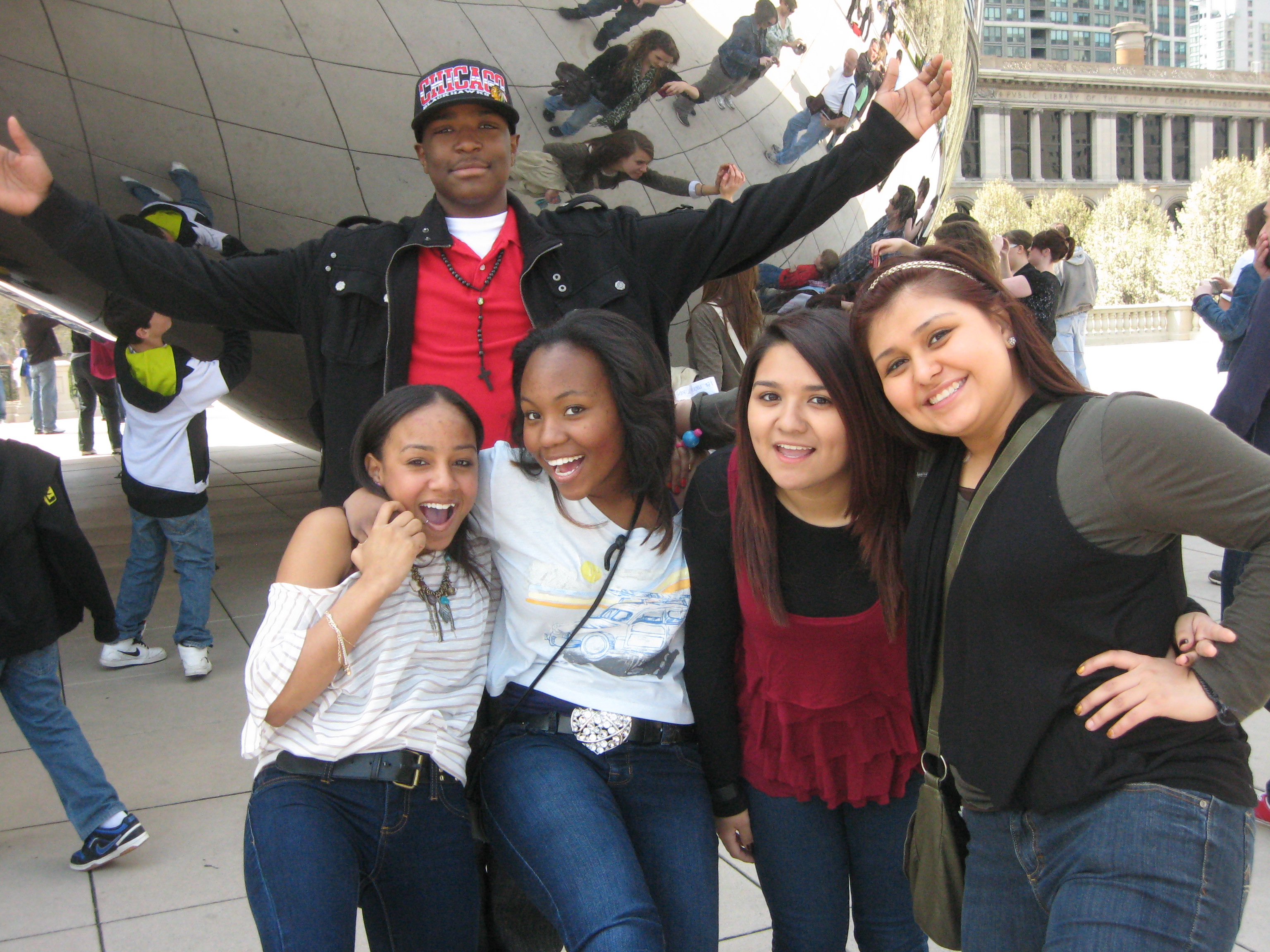 These Chicago teens - (from left) Gabby Ware, Veesha Howard, Abril Salas, Sandy Cerillo and (in back) Melvin Pierce - will advocate for education change next week in Washington, D.C.

Nicole Anthony’s Youth Empowerment Program (YEP) class snaps to attention as she explains how to write a policy recommendation.

The attention is for good reason: the Austin-based chapter of YEP will be in Washington, D.C., July 11 to 16 to advocate for changes in education changes, including updated textbooks, more foreign language and technology classes for elementary school students, and a benchmark test that 11th graders would take once a year.

YEP is part of World Vision, a humanitarian relief organization working in over 100 countries that focuses on childhood well-being. In the U.S., the organization focuses on mentoring programs like YEP, said Anthony, the youth development specialist in World Vision’s Chicago office. 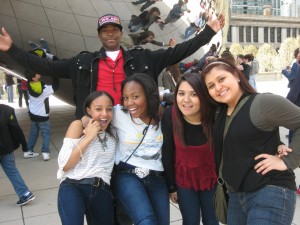 These Chicago teens - (from left) Gabby Ware, Veesha Howard, Abril Salas, Sandy Cerillo and (in back) Melvin Pierce - will advocate for education change next week in Washington, D.C.

The 20-week program in Austin is made up of seven teens from Chicago-area high schools.

“The (YEP) program helps children realize that they should be at the table when important decisions are made,” said Anthony, who meets with the group for two hours on Tuesday and Thursday evenings at Friendship Baptist Church, 5200 W. Jackson Blvd. Anthony said YEP costs $200 per participant, and that includes the six-day trip to D.C.

In D.C., the teens will meet with congressional members from their area – including Bobby Rush (1st), Jesse Jackson, Jr. (2nd) and Danny Davis (7th) – and share their policy ideas.

The YEP members are motivated to bring about change.

“I want to get something done about these issues, not a blank trip,” said Melvin Pierce, 16, a junior at Christ the King Jesuit College Preparatory School.

Pierce and the rest of the Austin group will meet with about 100 other YEP members from around the country. That excites Nathan Brandy, 17, a senior at Immaculate Conception.

“You can gain relationships; I’m all about networking,” said Brandy.

Veesha Howard, a 17-year-old senior at Mother McAuley Liberal Arts High School, said she likes the fact that YEP gives her a voice to be heard. “I share my opinion more. I want to learn more about the government and go in-depth about what’s going on in the world.”

Congressman Davis said the group will get a close look at how advocacy works within the government. He said he’s eager to meet with YEP and to show them how to succeed at advocacy. “You have to share virtues with people.”

Davis said he wants the group to understand that change isn’t easy. “We spend a lot of time talking with young people about how difficult it is to change the world, but how satisfying it is to try,” he said.

Anthony said besides meeting with members of Congress, the group will take part in a gala where everyone gets dressed up. The YEP members will stay at the George Washington University dorms: “That’s awesome, to be on a college campus. This is the chance of a lifetime.”

Arielle Arzu was a YEP member in 2009 who participated in the annual D.C. trip. That year, reducing gun violence was the policy the youth chose to study. When she and her classmates met with members of the Illinois congressional delegation, they advocated for taxing bullets.

“There were tons of school shootings when I was in high school,” said Arzu, an Austin resident. “We wanted to take that money (the bullet tax) and put it back in the community, help get kids off the street.” 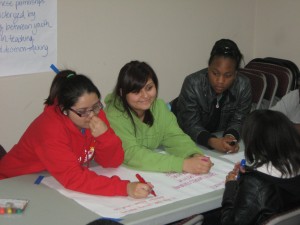 Abril Salas (from left to right), Sandy Cerillo and Veesha Howard work on their policy recommendations, which they'll be sharing with members of the Illinois congressional delegation.

Anthony said the students take responsibility for choosing their issue and come up with recommendations to give Illinois senators and representatives. If there is legislation pending that addresses any portion of YEP’s issue of concern, the group will make sure to mention the legislation to the officials.

“Where youth violence is concerned, we support and encourage our legislators to support the Youth Promise Act,” Anthony said. “It is slowly moving its way through Capital Hill, but has not become a signed piece of legislation.”

Arzu said being a YEP member was enriching and confidence-building.

“It gave me the power to believe I could major in biomedical engineering,” said Arzu, currently a junior at Butler University in Indianapolis.

When the group members return from Washington, Anthony said they will work on getting movement on their education policy around the city and state.

Then the process will start anew as Anthony recruits a new group of students who will begin in January 2012.

“The great thing about this program is that it’s accessible for any student. We’re (World Vision) Christian in our motivation, but you don’t have to be Christian to be in the YEP program,” said Anthony.