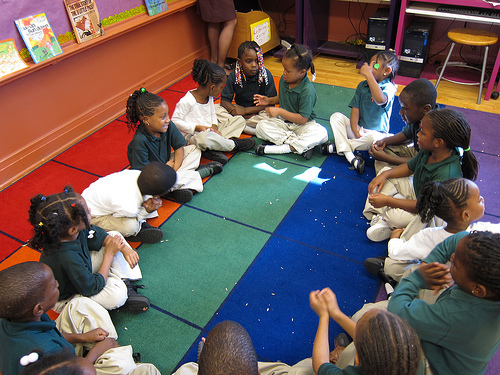 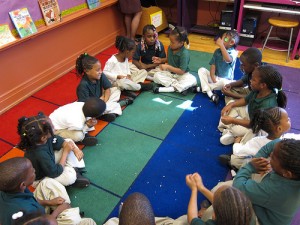 The decision whether to extend Catalyst-Howland’s contract for another five years could be determined later this spring by the Chicago Board of Education members, a CPS spokesperson said in an e-mail. Catalyst-Howland has operated since 2006, so this is its first attempt to extend the original contract.

At the March 10 hearing, a representative for the Chicago Teachers Union said charter schools were “an undermining of public school education through the proliferation of charter schools.”

“As the charters come in …[it]creates a hostility. And environment of haves and have nots. Our children are being used as guinea pigs,” said Rosita Chatonda, a Southside regional organizer for the Chicago Teachers Union. Chatonda’s criticized charters in general as she voiced opposition to LEARN charter school network opening a campus in the South Shore neighborhood.

Gordon Hannon, CEO for Catalyst, said Chatonda’s remarks were hurtful and had the potential to hurt children. Charter schools offer a choice that many families don’t have, he said.

Earlier this month, the Chicago Sun-Times reported that CPS interim CEO Terry Mazany is advising there be a one-year moratorium on new charters schools throughout the district  because of a backlog of already approved charters needing buildings. But that recommendation has been met with opposition.