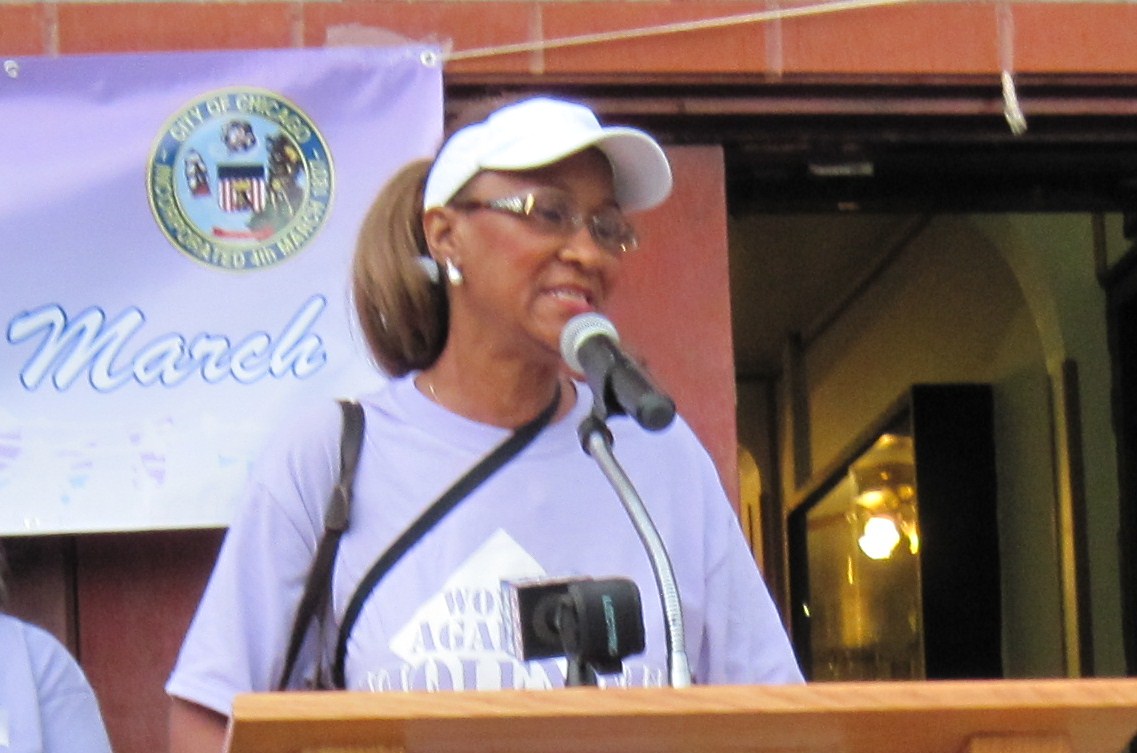 Amid blaring police sirens and rain-soaked streets, nearly 100 community members, activists and politicians came out Saturday to focus on a single mission – to end violence on the West Side.

Ald. Deborah Graham (29th) led a coalition beginning on the steps of Pleasant Ridge Missionary Baptist Church, where the group gathered before embarking on their one-mile march to the Austin Town Hall.

Graham urged residents to take a stand against gun, gang and domestic violence. Rev. Jennie Jones of Pleasant Ridge Missionary Baptist Church led the group in prayer and pleaded for strength in the fight against violence plaguing Austin. 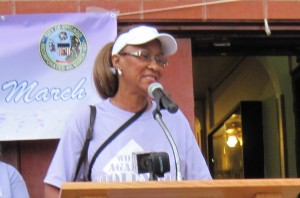 “The Austin community is a great community,” said Jones.  “And we’re going to take it back.”

Cheryl Bogard, who’s lived in Austin for 40 years, said she participated in the march to show her children and grandchildren that they can live in a world without violence. Bogard said she sees positive change occurring but acknowledged times are tough. 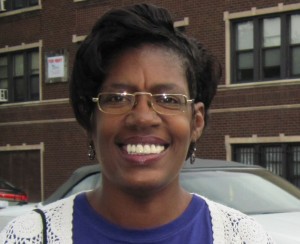 Austin resident Cheryl Bogard was one of nearly 100 people to turn out for the march. (Photo/Angelica Jimenez)

“I understand you have to provide for your family,” said Bogard. “But violence is not the way.”

Violence comes from within a neighborhood, and it can’t end until the community acknowledges the causes, said Ald. Toni Preckwinkle (4th), the democrat candidate for Cook County Board president.

“I know we can never overcome the problems we face unless we acknowledge them,” said Preckwinkle. “These are self-inflicted wounds.”

By promoting extracurricular programs in schools and coordinating with local police, violence can end, she said.

“In our Chicago public schools, we graduate a little more than a third of the young black men who enter as freshman; that’s terrible!” shouted Preckwinkle. “It’s the kids who are successful in school who are going to save our neighborhoods; we’ve got to be sure more kids are in that category, particularly our young men.” 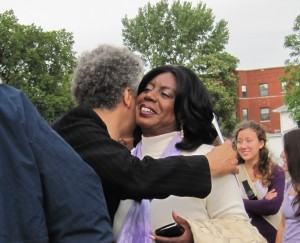 Cook County Circuit Clerk of Court Dorothy Brown pleaded for the mothers in the audience, both of the murdered and murderers, to take a closer look to the causes.

“We mold our children from the very beginning; children are not born gang bangers!” Brown exclaimed. “We have to go back to the beginning and see where the children are going astray.”

Domestic abuse is another form of violence that can no longer be tolerated, and it’s the community’s responsibility to stand up against it, said founder of God First Ministries Mildred Harris, Ph.D.

“It is my desire that God will give compassion and openness to those who suffer domestic violence and abuse,” said Harris. “And may the perpetrators be found guilty as charged.” 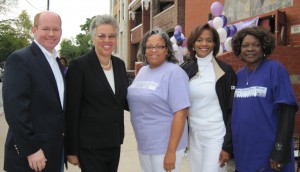 Harris read a poem dedicated to abused women by Paulette Kelly titled “I Got Flowers Today.”  The crowd loudly joined in at the end of each verse to recite the title, and many gasped when they realized the poem was about a woman who was murdered by her partner.

A survivor of domestic violence, Graham pledged to work with the government to address all forms of violence.

“This is not a hate fest; it’s a love fest,” said Graham as the audience clapped. “Let’s all live a prosperous life so we can all live in peace and harmony.”

Saturday's ran didn't dampen the spirits of marchers, who walked one mile to the Austin Town Hall. (Photo/Angelica Jimenez)

2 thoughts on “March against violence challenges community to fight back”