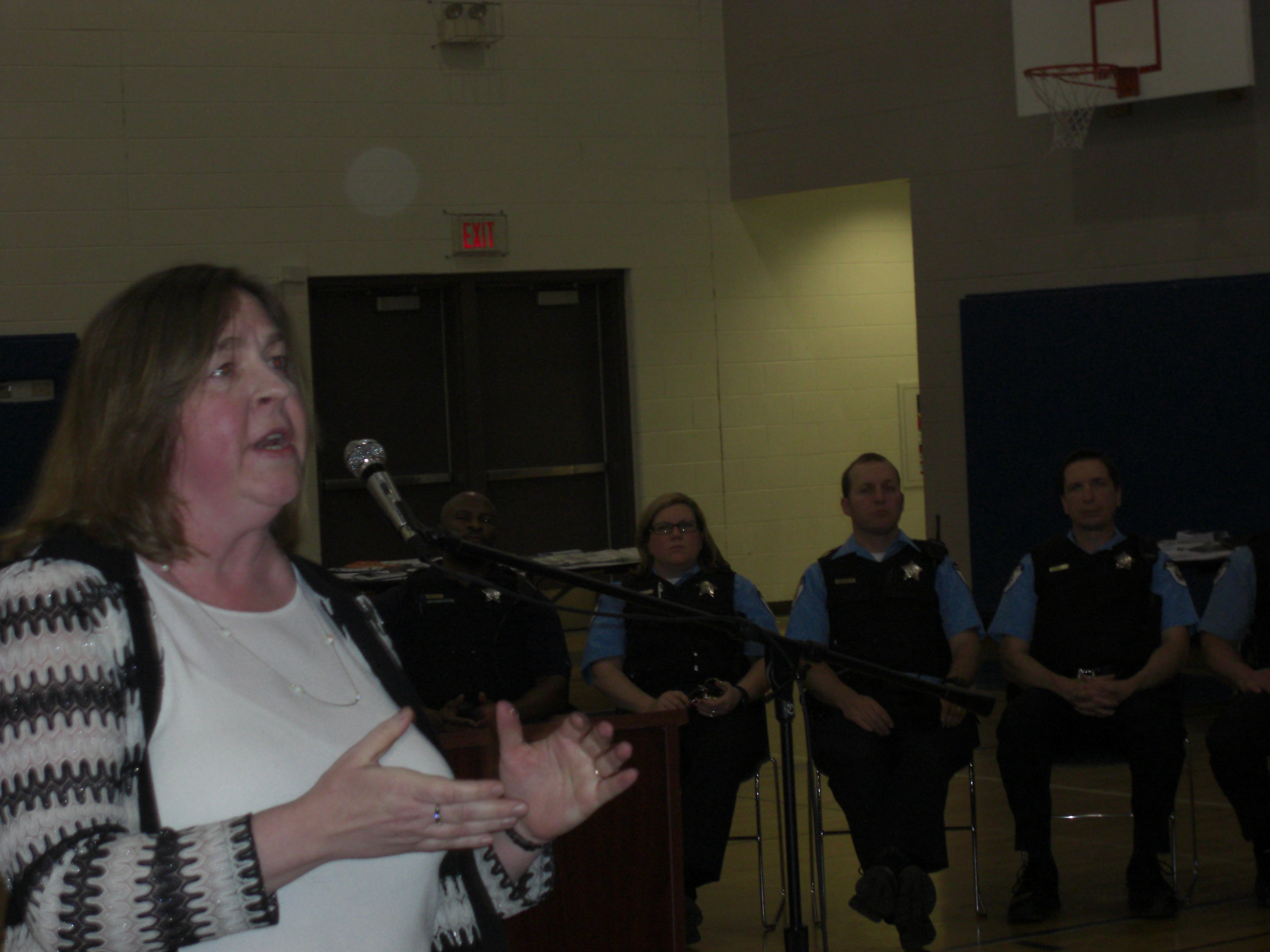 When the Community Prosecutions Program closed its doors at 4 West Chicago in Oak Park in February 2007, it left a void on both sides of Austin Boulevard. The fight to bring back the program started immediately.

This is a program that communities rave about, Repella said, adding it will serve both Austin and Oak Park in three ways: prosecuting, prevention and problem-solving. “This was a campaign promise made by (Cook County State’s Attorney) Anitia Alvarez , and one she has followed through on,” Repella said. “We have heard nothing but good things about these centers and their effect on the neighborhoods they serve.”

“This is a big step in the right direction,” Flowers said. “This is an important program, and it will sure-up what we are already doing with the community, the churches and the police department. Now the state’s attorney is there for us as a support system to make sure the offenders don’t offend us anymore.”

Flowers said the program sends a very clear message: We don’t play around, get out and stay out. There is no place for crime in our communities.

Repella said it was a sad day when the Community Prosecutions Program was forced to close its doors because of budget woes. She said Austin and Oak Park residents will finally have the support they need.

“We want to go after the people who cause constant chaos. We try to focus on the few people that commit an awful lot of crimes to help clean up the communities and make them safer.”

The cases that will be handled in this office will be chosen based on the communities’ needs, Repella said. The office will have a community liaison officer who will attend meetings in the community and reach out to neighborhood groups to address specific issues, including loitering in front of schools, burglary, theft and the drug war.

Flowers said it will help both communities deal with criminals who cross the Chicago-Oak Park boarder because everyone “is on the same page and is working together toward one goal.”

“This was a successful program for the seven years we had it,” Flowers said. “We have never stopped the fight to bring it back, and now that it is coming back, we are sending a message that we are on the same page and we won’t tolerate the crime anymore.”

Repella said a major benefit is residents will be allowed to report crime and problems anonymously, and with the help of Court Advocacy Groups, the state’s attorney can try the cases even if witnesses and victims are too scared to testify.

Flowers said in most cases, residents want or even need to remain anonymous, and this office will allow that. This will help break the “code of silence because of fear” notion, he said.

“This program helps keep habitual criminals out of the community,” Flowers said.

Commander of the 15th District Walter Green said he couldn’t comment on the new program because the Chicago Police Department’s News Affairs office had not researched the subject.