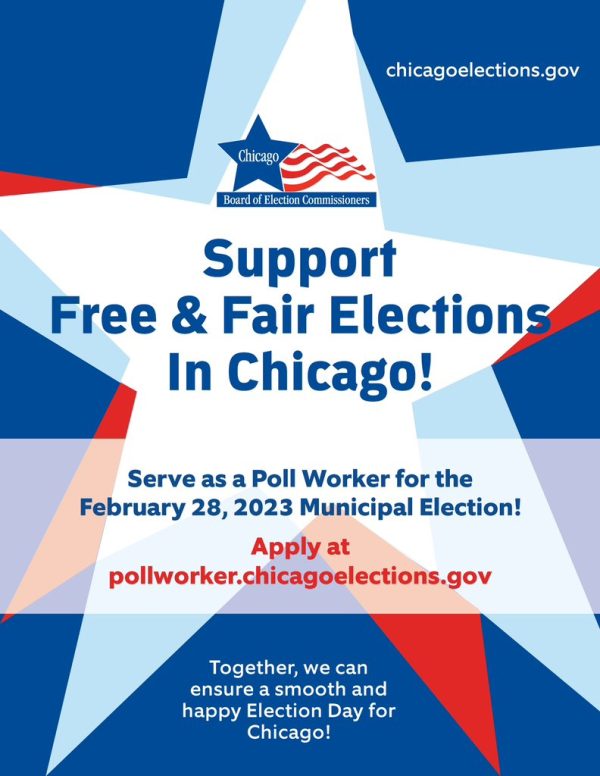 Officials expect next month’s ballot – which will include candidates running for mayor, all 50 seats of the Chicago City Council and the new police district councils – to be finalized by Friday, Jan. 13.

A number of challenges made against City Council and the district council candidates remain undecided and should be completed by next week, said Max Bever of the Chicago Board of Election Commissioners.

In the 29th Ward, Corey Dooley’s candidacy has been challenged by former aldermanic candidate Jill R. Bush; she alleges Dooley collected insufficient signatures, isn’t registered as a Chicago voter and has not lived in the 29th Ward for for at least a year before the election. The final hearing meeting is yet to be scheduled.

In the 15th District Police Council, the candidacies of Darius Newsome and Elena X. Thompson are both being challenged by fellow candidate Carmelita Earls. Earls challenged Newsome, alleging he did not collect the required 193 signatures and Thompson for a missing notary seal. Decisions will be made for both of those cases during the Jan. 13 meeting, Bever said.

Earls withdrew her challenge against fellow candidate Karen Winters. Oddis “OJ” Johnson will remain on the ballot for the 15th District Council after a challenge by former 29th Ward Ald. Isaac S. Carothers was overruled and Earls’ challenge was dismissed.

In the 25th District Council, a challenge against Jacob Arena was withdrawn by former aldermanic candidate Thomas E. Simmons.

As of Jan. 4th, candidates running against Ald. Taliaferro in the 29th Ward are:

Candidates challenging Ald. Emma Mitts in the 37th Ward are:

Candidates running for the 15th Police District Council where three people will be selected are:

Candidates running for the 25th Police District Council where three people will be chosen are: