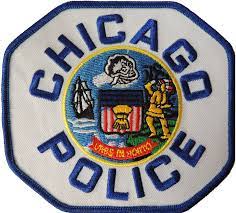 The briefing, hosted by Tina Hone, the city’s chief engagement officer, is part of an ongoing effort to address longstanding public concern over policing. There have been calls for reform for decades, especially with how police engage with communities of color.

After the 2014 police killing of 17-year-old Laquan McDonald, the Police Accountability Task Force was created to rebuild trust between local residents and the police department.

In December 2015, an investigation of the CPD was initiated to determine if officers were engaging in a pattern of unlawful conduct. That led to a consent decree with the U.S. Department of Justice that the police department is still under.

In recent days, the police department has agreed on a tentative contract with the Fraternal Order of Police that will impact the consent decree the city is under.

The plan calls for increased community policing, more information on how officers train on the use of force and requires officers to file paperwork every time they point their gun at someone. It also bans officers from changing their testimony after viewing video and prohibits investigations of anonymous complaints.

The ordinance creates district councils or elected bodies for each of the city’s 22 police districts, with three members serving four-year terms in each district.

The first elections will be held in February 2023, at the same time other city officials are elected. Each member will receive $500 per month, or $6,000 per year, to serve.

The goal is to improve police-community relations and policing by collaborating with members of each neighborhood to develop community policing initiatives and restorative justice programs.

Before the 2023 district council elections, the city council will nominate 14 people to serve on an interim basis, seven of whom will be appointed by Mayor Lori Lightfoot.

Those interested in serving should have relevant experience and can’t work for the police department, the Civilian Office of Police Accountability office (COPA) or the police board. They will represent the North, South or West side, and two commissioners have to be between the ages of 18 and 24.

Their key powers will include identifying candidates for key leadership positions – though the mayor will maintain control in hiring and firing the police superintendent – drafting police policy and promoting community engagement.

Wednesday night’s briefing also touched on the newly implemented alternate response model, which limits the response of police officers in cases of mental health emergencies by integrating mental health professionals into CPD. The aim is to de-escalate situations that don’t require an officer.

This Framework for Mental Health Equity allocates $8 million to expand services in communities of highest need through trauma-informed centers of care, $3.5 million to strengthen mental health clinics operated by the Chicago Department of Public Health and $3 million to increase team-based care outside of clinics to help people with more complex needs.