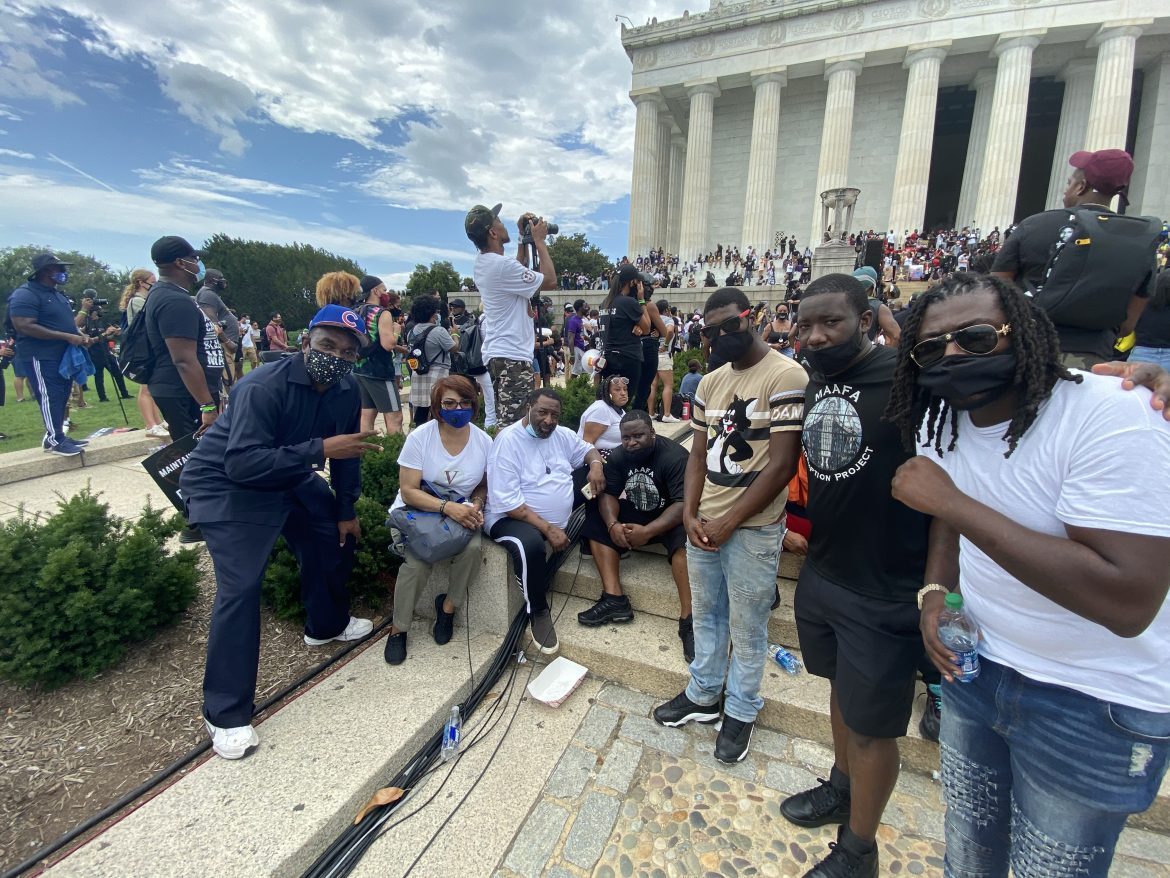 Rev. Ira Acree knew he had to be at last week’s march in Washington, D.C.

There’s just too much at stake, the Austin pastor said as he recounted how he felt as he looked out on the National Mall Friday afternoon and saw more than 100,000 people gathered together to fight for racial justice and equity.

“I was blown away that things are so bad in this country – racism is on steroids to such a degree – that people risked their health to make a statement so that the generation that follows us doesn’t have to be back here 57 years later.”

Fifty-seven years to the day after the Rev. Martin Luther King Jr. gave his “I Have a Dream” speech during the 1963 March on Washington, Acree said he traveled to D.C.to represent people who couldn’t be there.

Friday’s event – called the “Commitment March: Get Your Knee Off Our Necks” – was organized by the Rev. Al Sharpton, who announced the event in June while giving an eulogy at George Floyd’s funeral.

Acree said he was especially moved by the comments made by Jacob Blake’s sister, Letetra Wideman. Her 29-year-old brother remains hospitalized in Milwaukee after a Kenosha police officer shot him seven times in the back as he leaned into his SUV where three of his young sons sat, waiting for him.

“She left an indelible impact on me, and she wasn’t even scheduled to speak,” said Acree, who talked about Wideman’s speech during his sermon Sunday at Greater St. John Bible Church. He said when Blake’s mother was unable to talk due to the hot weather, Wideman stepped to the podium and in just two minutes gave a powerful message, which included:

“America, your reality is not real. Catering to your delusions is no longer an option We will not pretend, we will not be your docile slaves. We will not be a footstool to oppression, and most of all, we will not dress up this genocide and call it police brutality. We will only pledge allegiance to the truth. Black America, I hold you accountable. You must stand, you must fight, but not with violence and chaos – with self love.”

Acree said “everything is at stake,” adding that President Trump continues to ignore police killing Black people and fanning the flames of racism.

“We’re in a civil war right now. We’re fighting for the soul of this nation,” Acree said.

For Jose Abonce, Friday’s march meant being part of a bigger movement that honored Dr. King but also “address the moment we’re in.

“It emphasized the need for change and also celebrated MLK,” said Abonce, an organizer with Austin Coming Together who made the trip with his best friend.

Though not Black himself, Abonce said he felt solidarity because people were there for the same reasons: to fight inequity and injustice.

“Our peace and justice is tied to Black liberation. It’s not in silos … we liberate each other.”

After participating in Friday’s march, Abonce visited the King memorial.

“One thing that really spoke to me was this quote about the definition of peace (not being) the absence of tension, but it’s the fact that there’s justice.

“What does it mean to have justice? Having justice in Chicago to me isn’t that there’s an absence of tension between different parties, different groups … it’s actually there being justice, and that’s what leads people to peace.”

Abonce also was struck by how many of the issues raised by the speakers – who included family members of Floyd, Breonna Taylor and Trayvon Martin – are the same that King and others talked about six decades ago.