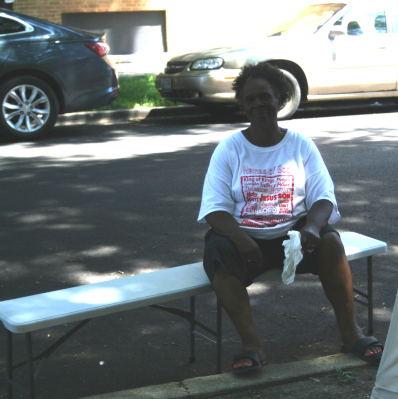 For many Austin residents, celebrating the Fourth of July means fireworks, lighting up the grill and time with family and friends, but not a celebration of independence.

“I’m just celebrating because I got the day off,” said Khiana. She was sitting in a chair in the yard of her apartment building grilling ribs.

“Independence Day, to be honest with you, isn’t really for Blacks … Black folks, you know we celebrate it because it’s half our freedom, but it’s really not all of our freedom.”

In front of Leamington Foods on Madison Street, James Vessel said “the Fourth of July is celebrating our independence from the British.” But that’s all.

The Declaration of Independence, which officially severed ties between the 13 original colonies and the British Empire, was formally adopted by representatives from the 13 colonies on July 4, 1776.

June 19, 1865, was the day news of the Emancipation Proclamation reached Galveston, Texas, one of the most remote states in the Confederacy. Also known as Freedom Day, Jubilee Day, Liberation Day and Emancipation Day, the holiday celebrates the emancipation of those who were enslaved in the United States.

On the sidewalk outside Columbus Park, Arthur Stevenson was selling T-shirts emblazoned with “Black Lives Matter,” “Say their names,” and “I can’t breath” from a pop-up tent. He said he wasn’t celebrating July 4th in any way.

“I celebrated June 19th. That was my holiday that I celebrated,” he said.

This year Juneteenth was widely celebrated across the U.S., just weeks after the killing of George Floyd by a now former Minnesota policeman.

But while some West Side residents interviewed by AustinTalks view Juneteenth differently from the Fourth of July, at least one said July 4th is a time to spend with family.

Rochelle Darden had two grills going on the sidewalk with a tent and benches set up on the edge of the street, so that anyone who wanted “to eat they can stop by and get them a plate,” she said.

“Get real. You been celebrating the Fourth of July ever since you been in this world,” she said.

To Darden, the point of celebrating the Fourth of July is getting to bring together family.

“Every day should be a Fourth of July; it should be a gathering with your family, ’cause you here today and gone tomorrow,” she said.