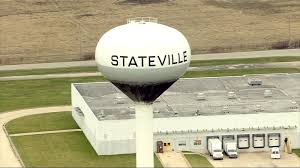 State Rep. La Shawn K. Ford headed to Stateville Correctional Center Saturday along with Twista and other stakeholders to deliver COVID-19 supplies and advocate for the speedy release of qualified high-risk inmates and improved treatment of inmates and staff.

Now that Gov. J.B. Pritzker is requiring face coverings for anyone who cannot maintain 6 feet of distance from others, Ford said he wants to make sure both prison employees and inmates have masks and other supplies needed to protect themselves from COVID-19.

“Social distancing is impossible in prisons,” Ford said in a statement. “We in Illinois are going to lead by example and provide these crucial supplies such as masks and clean water to employees and inmates at Stateville immediately.”

In all, more than 300 staff and inmates at nearly 20 Illinois prisons have tested positive, according to prison officials who report this information here. And several inmates incarcerated at Stateville have died, according to the Chicago Tribune.

Ford said since it was announced last month that the Illinois Department of Corrections will evaluate those inmates at high risk to COVID-19 to determine if they can be released early, he continues to push for qualified inmates to be sent home.

“I have received many letters and emails from constituents with loved ones in prison with non-violent crimes who are at high risk. If they qualify under the guidelines for early release, we need to have them released, or else their stay could turn into a death sentence,” Ford said.

If you have a loved one in this situation, Ford asks to be contacted at repford@lashawnford.com.

Under an executive order signed in early April, the Illinois Department of Corrections director can allow “medically vulnerable” inmates to temporarily leave prison for as long as the state’s disaster proclamation is in effect, the Chicago Tribune reported.

It’s not clear how many of the more than 36,000 prisoners have been released in this manner

The governor has quietly granted a number of people serving life sentences Pritzker through his executive clemency power, according to the Chicago Tribune.

Before leaving Saturday, Ford said he also plans to advocate for better treatment and conditions within IDOC. “I believe prisoners are not receiving the educational opportunities they need to be equipped for a successful return home.”

According to the Chicago Coalition for the Homeless, about 1,200 individuals are released each year directly from prison to homeless shelters in Chicago; as many as 48 percent of individuals in Chicago emergency shelters report having a felony conviction.

Ford said Illinois must put trade and vocational training or career technical education programs in prisons, the programs should be designed to teach inmates general employment skills or skills needed for specific jobs and industries, he said.

“We still hear of misuse of solitary confinement. There are major deficiencies in prisoner medical and mental health care. Many improvements are needed in IDOC.”