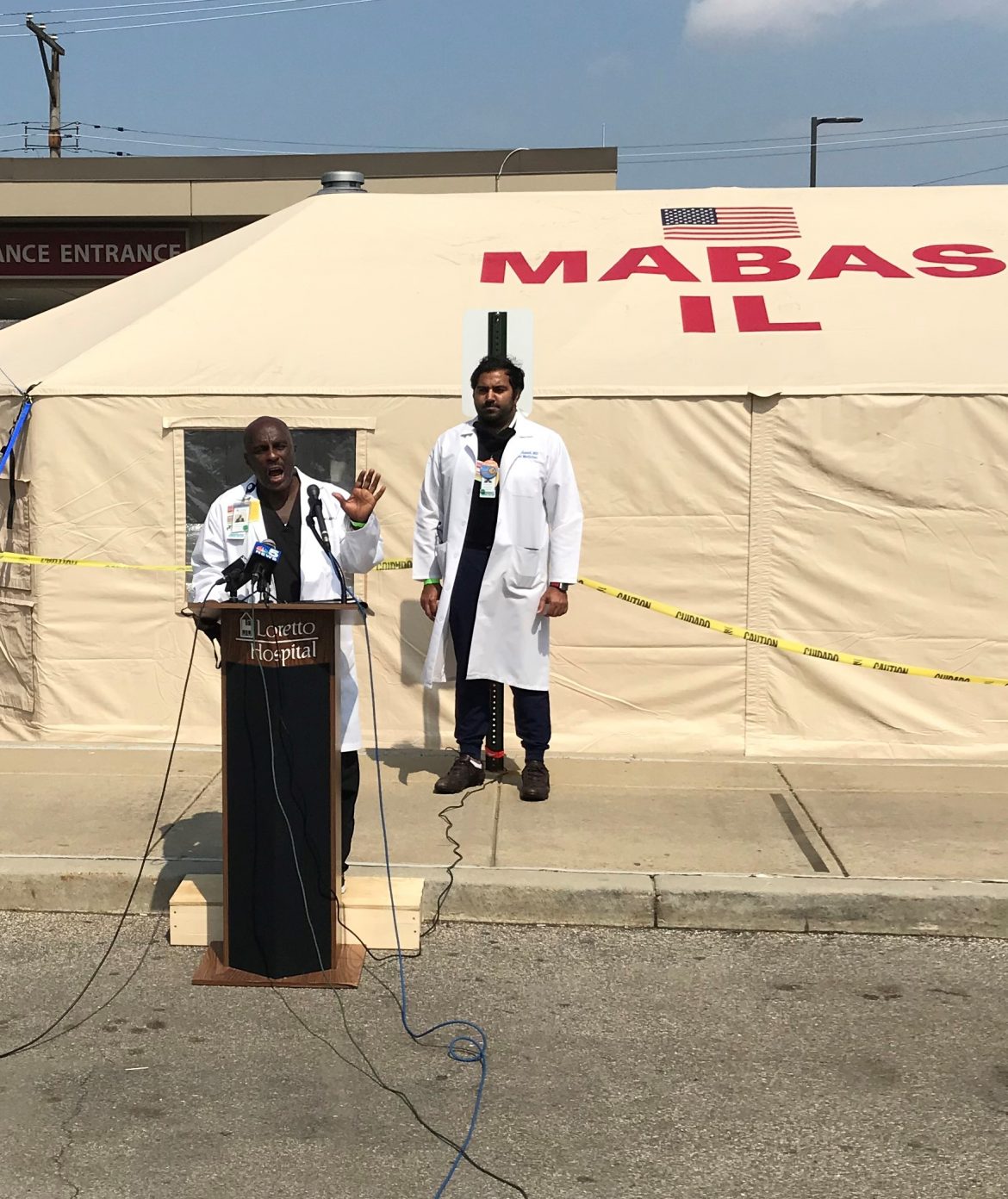 George N. Miller Jr., Loretto’s president and CEO, said the 90-year-old hospital was at a financial disadvantage before COVID-19 hit and desperately needs additional funding from the local, state and federal governments to stay afloat.

“If we have to shut our doors because we don’t have the resources or staff to take care of the patients, it will be the greatest failure our community has ever experienced,” Miller said in a statement.

He repeated that warning at a press conference Tuesday held outside the hospital, saying, “We cannot do it alone … we need more resources.”

Miller noted Loretto employs 600 people and has a $150 million economic impact on the community – all of which would vanish if the hospital closed.

“If we’re not here, what happens to the economic engine? What happens to (all) the lives …” Miller asked. The hospital not only treats patients and employs hundreds, it also serves as a refuge for the homeless and others with no where to turn.

Over just two hours last summer, 10 people came to Loretto’s emergency room to be treated for opioid overdoses, Miller said. What would happen to these people if the hospital closed, he asked.

Like other hospitals, Loretto doesn’t have enough personal protective equipment (PPE) for its front-line workers, and it needs another 10 ventilators – in addition to the seven it already has – for the onslaught of COVID-19 cases the hospital expects in the next 10 days, Miller said.

As of Monday, the 177-bed hospital had treated 14 people who have tested positive for COVID-19, with another 12 cases pending. Many have been discharged, according to the hospital, though three people have died there.

Congressman Davis, who used to live just a few blocks from the hospital located at 645 S. Central Ave., said he fears for the hospital’s future and agrees Loretto needs more funding from the city of Chicago, Cook County, Illinois and the U.S. government.

“We don’t want the virus to be gone at the same time as the hospital,” he said. “We must keep Loretto Hospital in this community.”

“Black people on the West Side of Chicago are testing positive and dying at a higher rate,” yet what’s being done to respond to this crisis? asked Ford, who represents Austin in the Illinois House.

“We are here to demand resources for this hospital and all hospitals on the West Side,” he said. “Without more resources, people will die.”