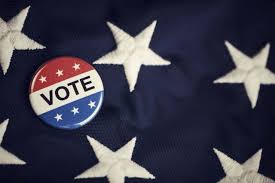 Thirty years ago this month, Nelson Mandela, the first president of the new Republic of South Africa, was released from prison. He had been imprisoned for 27 years.

To recognize the anniversary of his release, then-President Obama said, “I remember the hope we all felt watching Mandela’s release from prison. The gift of a new way of seeing. The chance to participate in the work of building a better world. The ultimate example of perseverance and faith for each new generation to follow.”

This right to vote is so important that I was co-sponsor in the Illinois House of Public Act 100-0442, which creates a way for eligible voters who are confined or detained in jail and not convicted of an offense to exercise their right to vote. It took effect Jan. 1.

This law requires each election authority to collaborate with their respective county jail to facilitate registration of eligible confined individuals. Additionally, county jails are required to provide a voter registration application to (1) any person in custody who requests one and is eligible to vote; and (2) any person being released from custody.

This legislation goes further. Individuals who are in jail or prison on a criminal conviction have their voting rights suspended during their sentence but regain the right to vote at its conclusion. In order to exercise that right, they must first reregister.

This new law requires that upon discharge of a person who is eligible to vote from a county jail, the county jail shall provide the person with a voter registration application. They will also receive detailed printed information about the voting rights of a person with a criminal conviction.

Also, upon release of a person who is eligible to vote on parole, mandatory release, final discharge or pardon, the Illinois Department of Corrections shall provide the person with a form that informs them that their voting rights have been restored and provides a voter registration application.

We can honor the legacy of Nelson Mandela, including his release from prison three decades ago, by doing all we can to make sure that people who have the right to vote have a chance to exercise that right.

We also need to give everyone the information they need so they can make their individual choices in the voting booth. This is especially important now as our Illinois primary is coming up on March 17, and early voting begins March 2.

Let’s all exercise our right to vote!