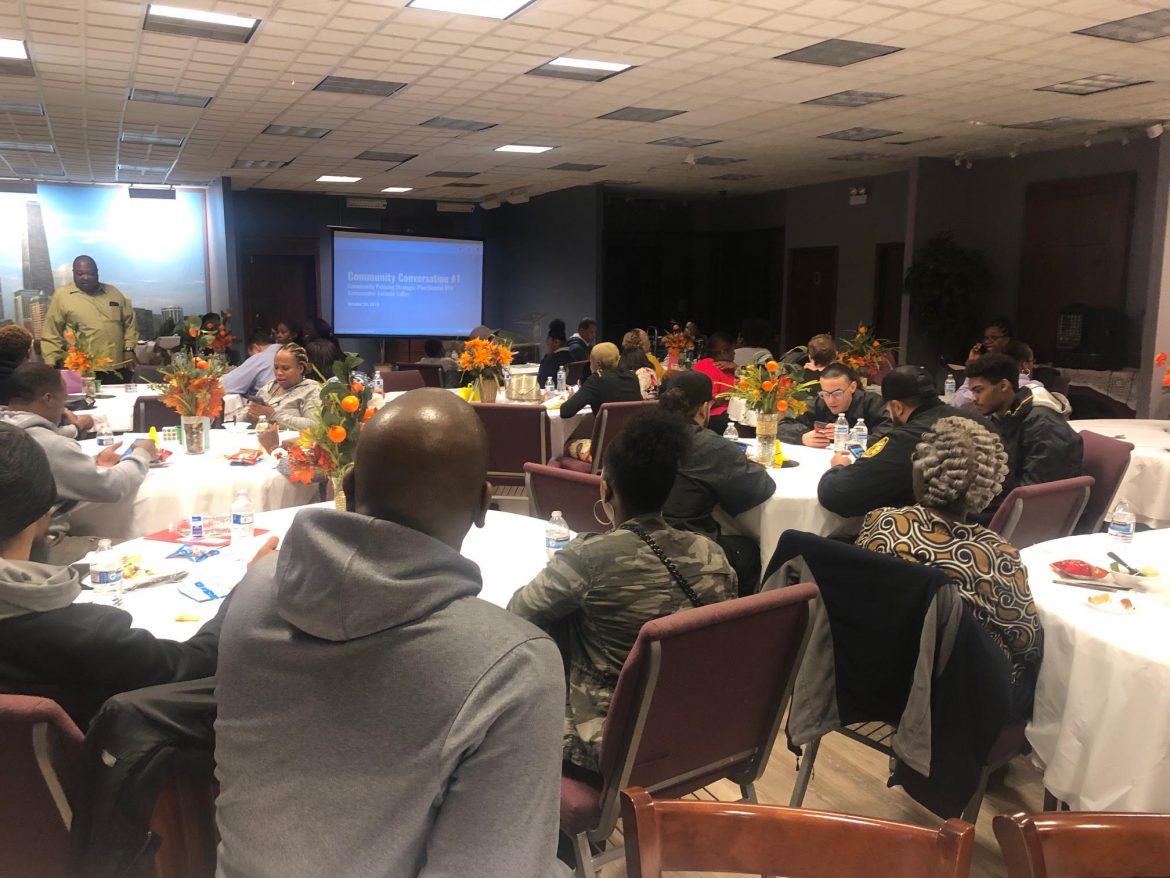 Diversity training, anti-bias training and more community engagement were just a few of the suggestions that West Side residents proposed to 15th Police District officers at a recent community meeting held at Zoe Life Ministries.

During the first of a two-part community conversation, 15th District Commander Yolanda Talley served as facilitator. About 10 people seated at several tables discussed two questions: What are the key problems that you would like police to address, and how would you like the police to engage more with the community?

“We would like for the police to have a closer relationship with the youth they are serving,” one woman said. “Many of our children are losing their lives due to gun violence and police stereotyping.”

She said in other cities, police officers on the beat positively interact with the community members they served. “We do not have that dynamic here in Chicago as of late. I have seen officers only interact with us in a more harmful way than for the general good.”

A man sitting next to her chimed in. “It seems that many officers pick districts due to how much crime or trouble occurs there. Why can’t officers work within communities they actually live in, especially if their main intention is to just help? Many officers go out of their way to work out west to almost make their jobs more exciting. Having officers protecting communities they know could really make a difference.”

Another woman who has been a member of the 15th District community for many years expressed her love for the community. “I have lived in the 15th District for over 10 years, and I have definitely seen progress amongst the officers. Unfortunately, that is not the case in the surrounding districts. These events need to be occurring with all the police districts. That might be difficult, but tonight is a step in the right direction.”

Ernest Cato III, recently promoted deputy chief of Area North, attended the Oct. 24th meeting. The 29-year Chicago Police Department veteran and former 15th District commander said this conversation was necessary to hear what the community wants and then to put it into strategy.

“It was so important for me to attend tonight’s meeting. I wanted to receive exactly what I got, ideas to help change the Austin area and even the surrounding areas. We need to develop a strategy based on what the community wants,” he said.

The second of two community conversations will be held Nov. 12 from 6 t0 8 p.m. at Zoe Life Ministries, 3 S. Laramie Ave.