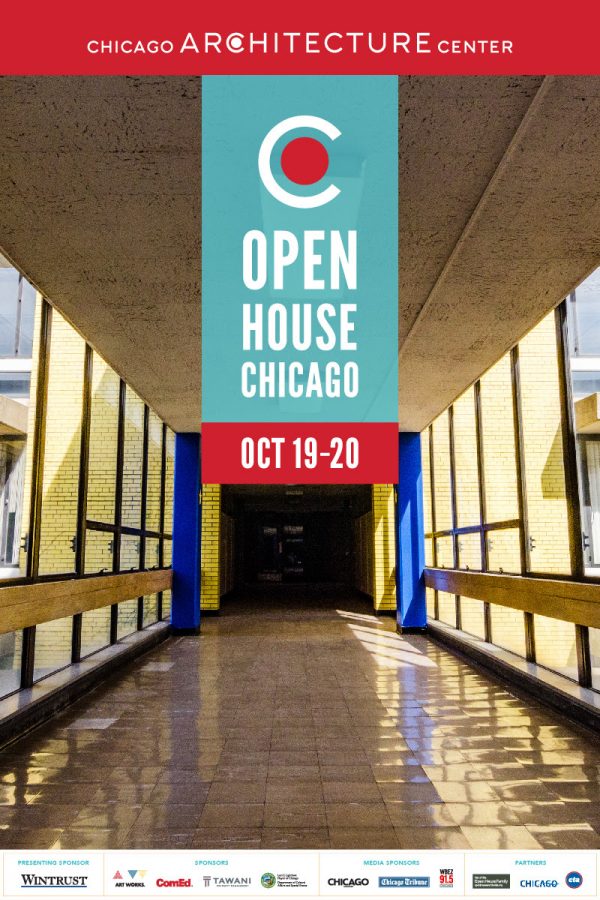 Hundreds of people are expected to visit nine historic sites in Austin this weekend as part of the Chicago Architecture Center’s annual “Open House Chicago.”

Included in this year’s two-day tour – the ninth annual that will feature more than 350 sites across the city and in a few nearby suburbs such as Oak Park – are several Austin sites that participated last year, the first time Austin was part of the event.

“We usually add one or two neighborhoods every year,” said Eric Rogers, manager of Open House Chicago and community outreach for the Chicago Architecture Center. Garfield Park joined the event in 2011, then Oak Park was invited to participate in 2016, so it made sense to add the Austin neighborhood, Rogers said.

“We were surrounding the neighborhood on both sides. We knew we had to make it happen.”

Many of this year’s Austin sites – all nine are found here – are centered along Central Avenue, like last year. Rogers said it’s ideal to have a “walkable cluster.”

“Columbus Park Refectory is an exciting addition,” he said. “It’s a stunning space. … We’re excited to have that site in the mix.”

The busiest of the 11 sites that participated in last year’s tour was Fraternite Notre Dame, at 502 N. Central Ave. French nuns operate the site, which saw over 1,000 visitors, Rogers said. “They were very excited to do it again.”

So is Kehrein Center for the Arts. The new performing arts center at 5618 W. Washington Blvd. had more than 400 visitors last year for a “hard-hat” tour, as the $5 million theatre restoration was still in the construction phase, said Edmund Siderewicz, director of external relations for Catalyst Circle Rock.

The 850-seat theatre, now completed, has been used the last several months by various community groups for dance, music and other productions, as well as public meetings. The building used to house an all-girls Catholic school and sat empty – until a nonprofit took it over a few years ago, Siderewicz said. Also located at the site is Catalyst Circle Rock, a charter school that educates 520 students in kindergarten through 8th grade.

“Together we found a way to get the auditorium restored, it’s state of art,” Siderewicz said.

Up Central Avenue a few blocks and around the corner near the Central Green Line CTA stop is the Catholic Charities Father Augustus Tolton Peace Center. Catholic Charities has occupied the former Austin State Bank building since 2017, offering services to people who have experienced trauma.

Last year, about 500 people visited the former bank building at 5645 W. Corcoran Place. The highlight of the tour was the bank vault, said Christie Richardson, regional director of community relations for Catholic Charities.

“Everyone wants to go by the vault,” she said. Visitors also got to see old bank ledgers and other artifacts from when the building was used as a bank. One of last year’s visitors, Richardson said, was a man whose father had worked at the bank; he was able to find his name in the ledger and see how much money he had years ago at the bank.

The building was constructed in 1913; the first section had to be built around the vault. Then the second section was built in 1925, with the last expansion in 1963.

“You can see the architectural differences between the first two and the last one,” Richardson said, noting the last expansion will remind visitors of the TV show “Mad Men.” There’s also a mural depicting space that was painted in the midst of the country’s race to the moon.

Visitors will also get a chance to stop by Third Unitarian Church at 301 N. Mayfield Ave., one of the oldest churches on the West Side that celebrated its 150th anniversary in 2018. This is the church’s sixth location since it was founded in 1868; Third Unitarian has been at its current location since 1934, with an expansion done in 1956.

“We like to show off the space,” said Eric Davis, a 15-year member of Third Unitarian who lives across Austin Boulevard in Oak Park.

A number of Third Unitarian members are from Oak Park, he said. “There have been changes in the neighborhood … yet there’s been a deliberate desire to stay in Austin, to remain a part of the community.

“It’s nice to have folks come see the architecture – and to see an institution that has persevered and grown. We hope people will come back,” he said of the church, which he noted has a “very strong social justice bent.”

Several blocks north and a few blocks west of Third Unitarian is a new site: One Lake Brewing, a brew pub that recently opened on the corner of Austin Boulevard and Lake Avenue.

Rogers of the Architecture Center hopes it will help get this weekend’s tour participants to go back and forth between Austin and Oak Park – and draw visitors to Chicago’s West Side in particular, so they can see the neighborhood is more than what they may see depicted in the news.

“People hear bad things on the news, and they don’t hear the good things. … The real power this event has is to change the narrative because of the experiences people have,” Rogers said. “Hopefully, it brings down some barriers that exist in people’s heads.”