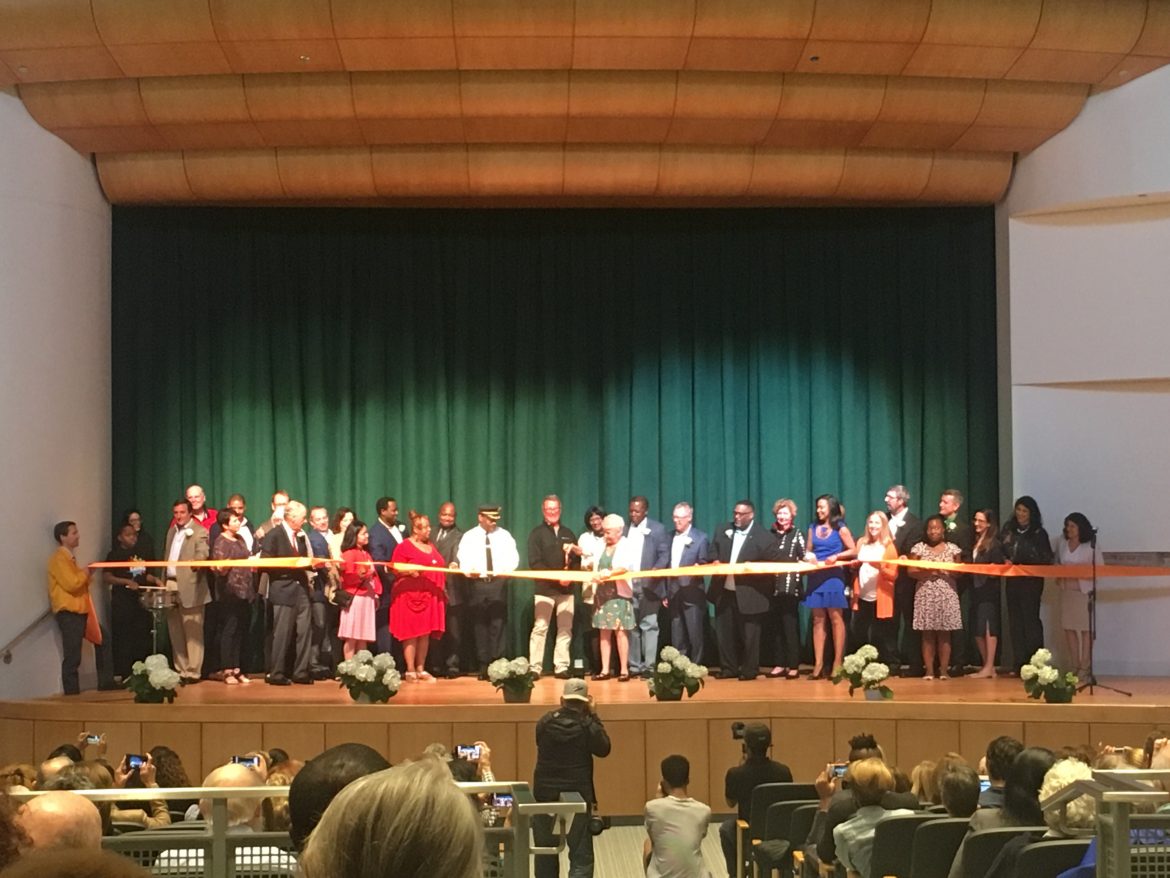 The Circle Rockets student orchestra – 50-students strong – now call the Kehrein Center for the Arts and Sistema Ravinia Auditorium home. And so, too, should Austin residents.

After 45 years of sitting as an empty space, the new performing arts center was officially unveiled to the Austin community last month. Located alongside Catalyst Circle Rock Charter School at 5618 W. Washington Blvd., the center offers space for the community to collaborate and be creative.

“Austin is the gateway to the city from the western suburbs,” said Ed Siderewicz, co-founder and vice president of Catalyst Schools.

The project was in the making for over 10 years; about $3.6 million of a $4.5 million goal has been raised from donors, and the performing arts center received a $1 million grant from the city of Chicago Neighborhood Opportunity Fund.

“The goal of the program is to help serve underdeveloped communities in the South, Southwest and West Side of Chicago. Austin is a prime location so we are very happy to contribute to bring this for the community and have the children be part of it,” said Susana Soriano, a financial planning analyst for the city.

Many worked to make the performing center a reality, said Christine Taylor Conda, director of Reach*Teach*Play at Ravinia Festival, another supporter.

“A lot of people put their hands, hearts and money in this because they believe in the arts,” Conda said.

Soriano said she hopes the center will bring people together – and economic development to the neighborhood. She added there are plans to develop the entire corridor along Washington Boulevard into a place where people will want to congregate.

The 900-seat auditorium – a storytelling theater, Conda said – will be open to the community and professional artists to rent, including the Circle Rockets youth orchestra.

The auditorium is named in honor of the Ravinia Festival’s Sistema Ravinia program,which builds student orchestras for schools that do not have music programs of their own. The program supplies instruments and trained instructors in the El Sistema style of music training. Ravinia began working with Circle Rock 11 years ago, developing the Circle Rockets into one of the largest black student orchestras in the nation.

The stage is named in honor and legacy of Henry Austin, who founded the Austin neighborhood in 1865.

“We try to help our students find love in themselves and through music,” said Catalyst Schools CEO Gordon Hannon. “Ravinia took that risk with students. Some of the most talented, beautiful kids are right here in this room.”

The students performed at the May 22 celebration along with Ravinia Festival President and CEO Welz Kauffman and soprano Michelle Areyzaga.

Siderewicz said the main reason the center and auditorium were completed is because the residents of Austin said they needed it for the community to develop. It is the largest of of its kind between the Loop and O’Hare Airport, and a number of people have already approached them to rent the space, he said.

“It is too glorious to not open it up to the community,” Siderewicz said.

Darnell Shields, executive director of Austin Coming Together, said the performing arts center is an asset to the community for a number of reasons, including access to programming and investment.

Shields said Austin has not received the resources it needs, and there’s not enough arts and culture.

“It is a disadvantage to the city as a whole to not invest in neighborhoods, especially on the West Side,” he said.

Shields said the performing arts center is an example of what partnership and collaboration can do; it bridges a gap in the community.

“This represents the opportunity to rewrite and change the narrative of Austin.”