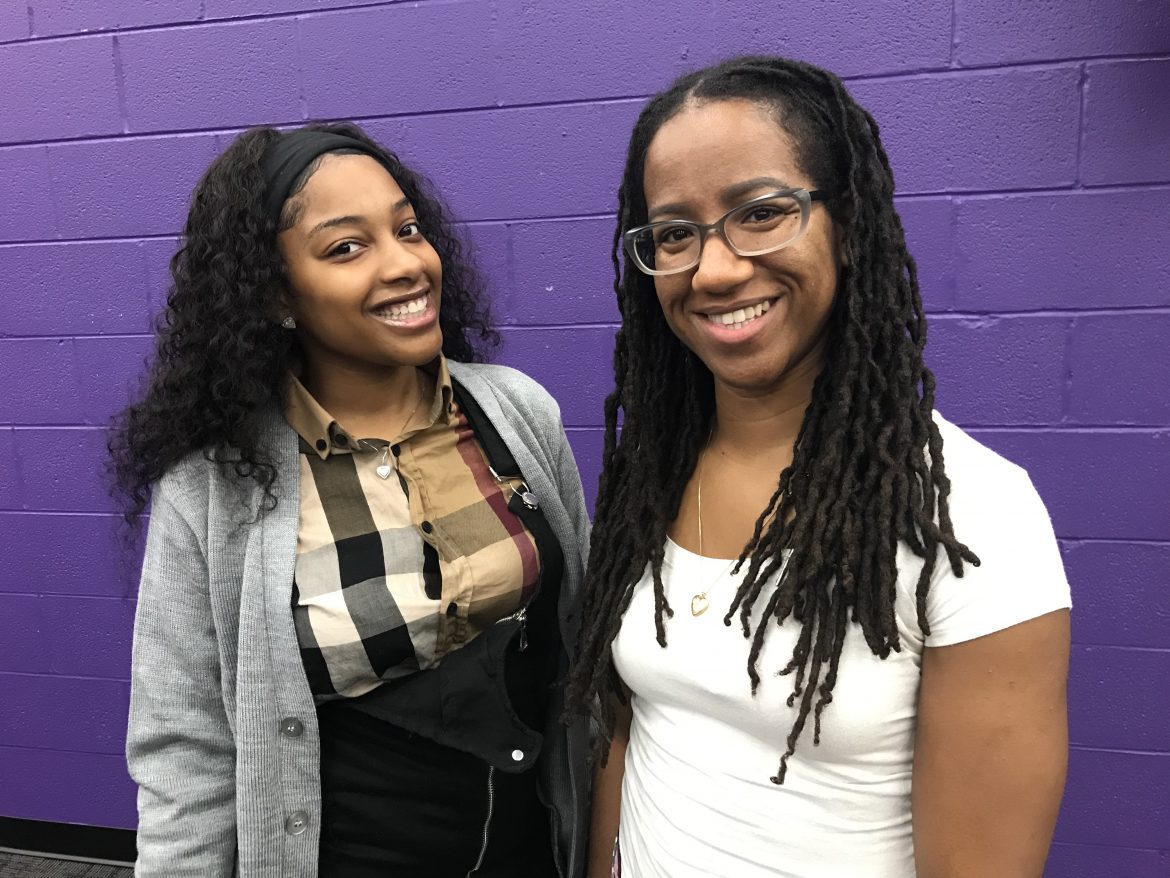 Teague and Wright, seniors at Michele Clark Academic Prep Magnet High School, want to make sure they can pay for college next year, so filling out the FAFSA form is key if they want to be eligible for state and federal grants, and other funding.

“I’m fortunate to have both parents in my life, and they support me,” but Wright said he’s going to need financial support to pay for college. He plans to attend Harper College and hopes to become a sociologist.

Teague, the oldest of three, would be the first to attend college, “which means I’ll be the trailblazer in my family.” She plans to attend Malcolm X College and become a dental hygienist.

“I would like to encourage all my peers to complete the FAFSA,” she said Tuesday as several of her classmates, Principal Charles Anderson and state Rep. La Shawn Ford looked on.

The school is inviting parents who need help completing the FAFSA form or need access to a computer and/or the internet to come to Michele Clark from 5 to 7 p.m. on Oct. 11. It’s critical that students “start working on getting money” for college, Principal Anderson said.

Rep. Ford agreed, noting that college can be a pathway to a career or put you into debt. Forty-five million Americans owe more than $1 trillion in college debt, he said, and African Americans and Hispanics are more likely to graduate from college owing money.

“Going to college is expensive, and going to college can put you into debt,” he said, adding that anytime you can apply for grants and other aid that you don’t have to pay back, you should.

He encouraged students headed to college in Illinois to complete the FAFSA so they can be considered for a grant from the state’s Monetary Award Program (MAP). For those interested in attending one of the state’s 12 four-year public universities, they can also be considered for the AIM HIGH grant program. State lawmakers approved a budget bill that increases the MAP program to $500 million over the next year, while the AIM HIGH program is funded at $35 million.

“There is a way to reduce that debt,” said Ford, who is chair of the Illinois House’s Higher Education Appropriations Committee. “Whether you’re going to a community college, a public university or a private college, the money is there, and we must get our share.”

Stephanie Ford, the post-secondary coach at Michele Clark, said her main focus this time of year is working with seniors as they complete the FAFSA form. The school requires each of the 126 seniors to apply to at least 10 colleges or universities; seniors also must apply for at least two scholarships; and they have to submit the FAFSA.

Helping students see they can afford college is key, she said. “The sticker price shocks a lot of students when we go over the cost.”