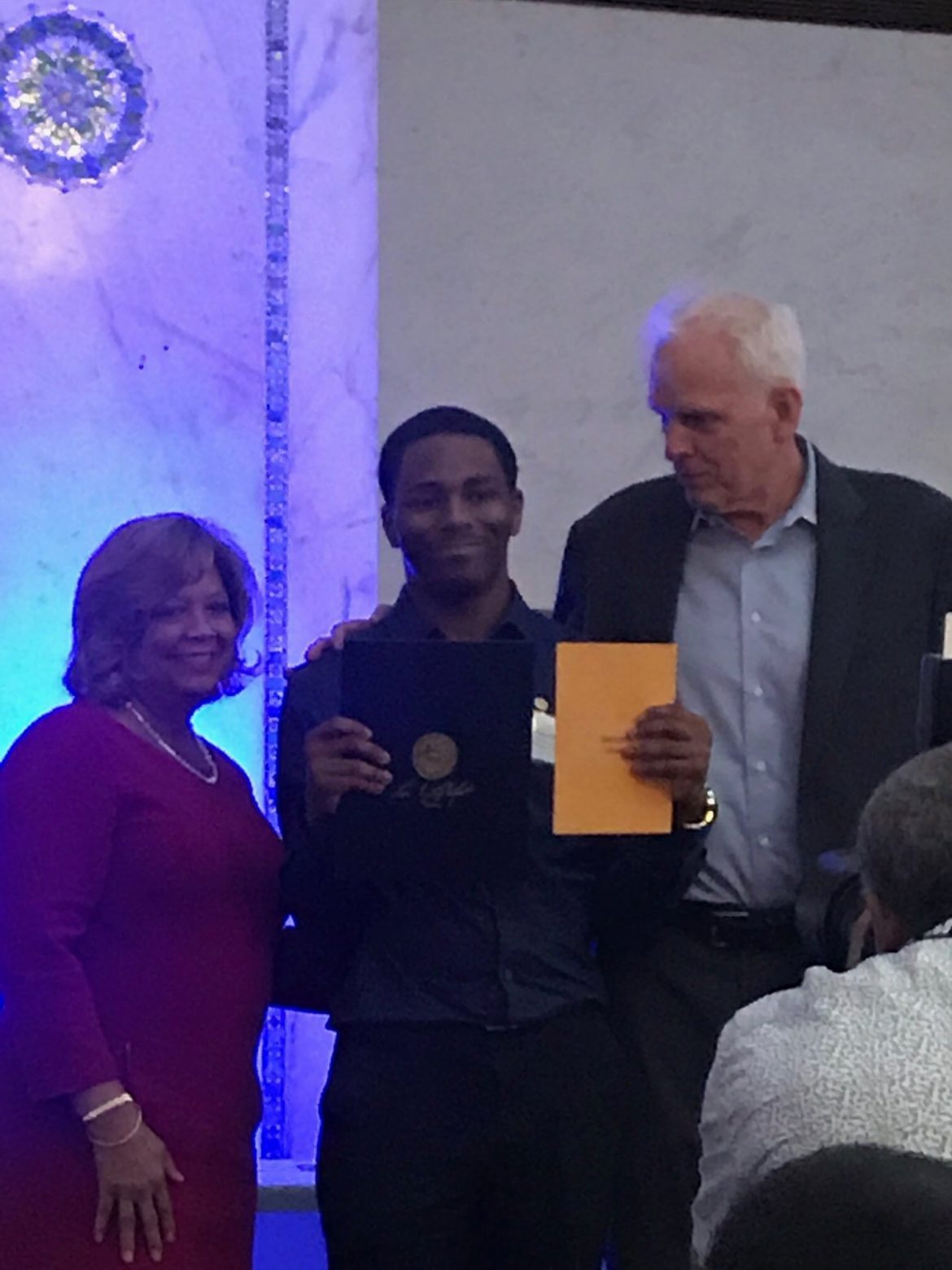 Devon Fields, an 18-year-old from Austin, has been writing music since he was 9.

The Christ The King Jesuit College Preparatory School 2019 graduate began attending Intonation Music Workshop, a year-round music program on the South Side, in 2017 after being a rapper and back-up vocalist for a few years in his hip hop and R&B band, Time (is of the Essence).

Intonation executive director Mike Simons nominated Fields for the city of Chicago’s 2019 Rising Star Honor Roll, joining 34 other young artists from around the city who were recognized earlier this month at a downtown celebration for their creativity and talent.

“Devon just blew it out of the water,” Simons said. “[We] all took note of the amount of initiative, creativity and enthusiasm for his work that Devon displayed throughout the process.”

Fields became a leader in his band and was efficient in writing and recording all on his own, according to Simons, and he was eager for opportunities.

“He is the perfect example of a young person who exhibits the qualities of a rising star both as an artist and as an individual,” Simons said. “It is empowering for him to be acknowledged for his determination and talent.”

Fields said it was a long 10 years of work before he was able to become a good artist.

“A lot of things creatively is just missing from the West Side,” Fields said. “I know there are a lot of people who have talent … there that feel like there is nowhere they spread it, so I want to make sure I give back in that way.

“I am honored to come from the West Side. I never had many mentors [in Austin]; I had to go all the way to the South Side to be with the band,” he said. “Very rarely I learned about music in the Austin community, but I still feel that is a part of me.”

Fields said no matter where he goes, the West Side is where he belongs, and he wants to be able to create for others and give back to his community.

This year’s honorees were highlighted at an Aug. 5 private reception at the Chicago Cultural Center, 78 E. Washington St., and will be recognized at the second annual YAS! Fest on Sept. 21 in Millenium Park. Nominees also received a $100 Visa gift card.

Fields said when he first arrived at this month’s event he felt like an outsider because he did not recognize anyone. But he said it was nice to be among other creators his age and was astonished he was given the opportunity to share the honor of being nominated with them.

Fields said his fondest moments as an artist have been collaborating with others. He said there is nothing better than seeing someone’s face light up because of the work they were able to produce with his help.

Keith Calloway, a 2019 Whitney M. Young Magnet High School graduate, auditioned for Chicago Youth Symphony Orchestra’s steel band in 2012 after not getting in with his violin audition. He played the double second, a steel drum, which was a brand new instrument to him. Seven years later, Calloway is one of 35 young Chicago artists to be honored for his work. 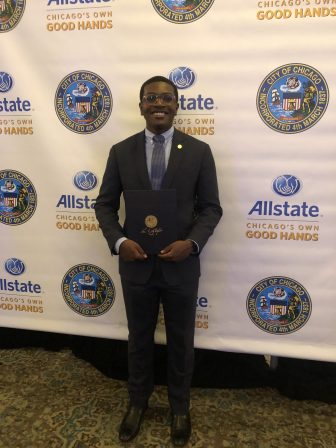 Keith Calloway was one of two Austin teens to receive the city’s Rising Star award this year.

Mark Kelly, head of Chicago’s Department of Cultural Affairs and Special Events, “told me about 400 million new stars are born every day,” Calloway said. “He said today it was 400 million plus 35. We, too, are now emerging into the world as rising stars.”

Nominated by Executive Director Susan Lape, Calloway said it was never something he thought about when initially joining, he simply enjoyed going and playing music.

Calloway said he, too, had to leave his neighborhood to play music and said there were not many opportunities on the West Side for what he wanted to do, but added it could be an up and coming movement.

The teen starts his freshman year at Yale University this fall, where he’ll study economics, said once he returns to his hometown, he can see himself helping to develop the arts community.

“It was an honor to be recognized,” Calloway said. “It is not about how long you have been [creating], it is about how much work you put into it.”

Fields plans to continue creating and producing music, with a second album and mixtape coming out next year on Spotify. Fields will also continue performing with a live show Sept. 7 at the River Oaks Center in Calumet City.

Fields said his advice for young artists like him is not to make any excuses and to stay persistent. He said not having resources should never be an issue, and people need to learn to work with what they have and grow from there.

“Our city needs to stay alive creatively and the only way for that to happen is for people to keep doing what they are doing,” Fields said.