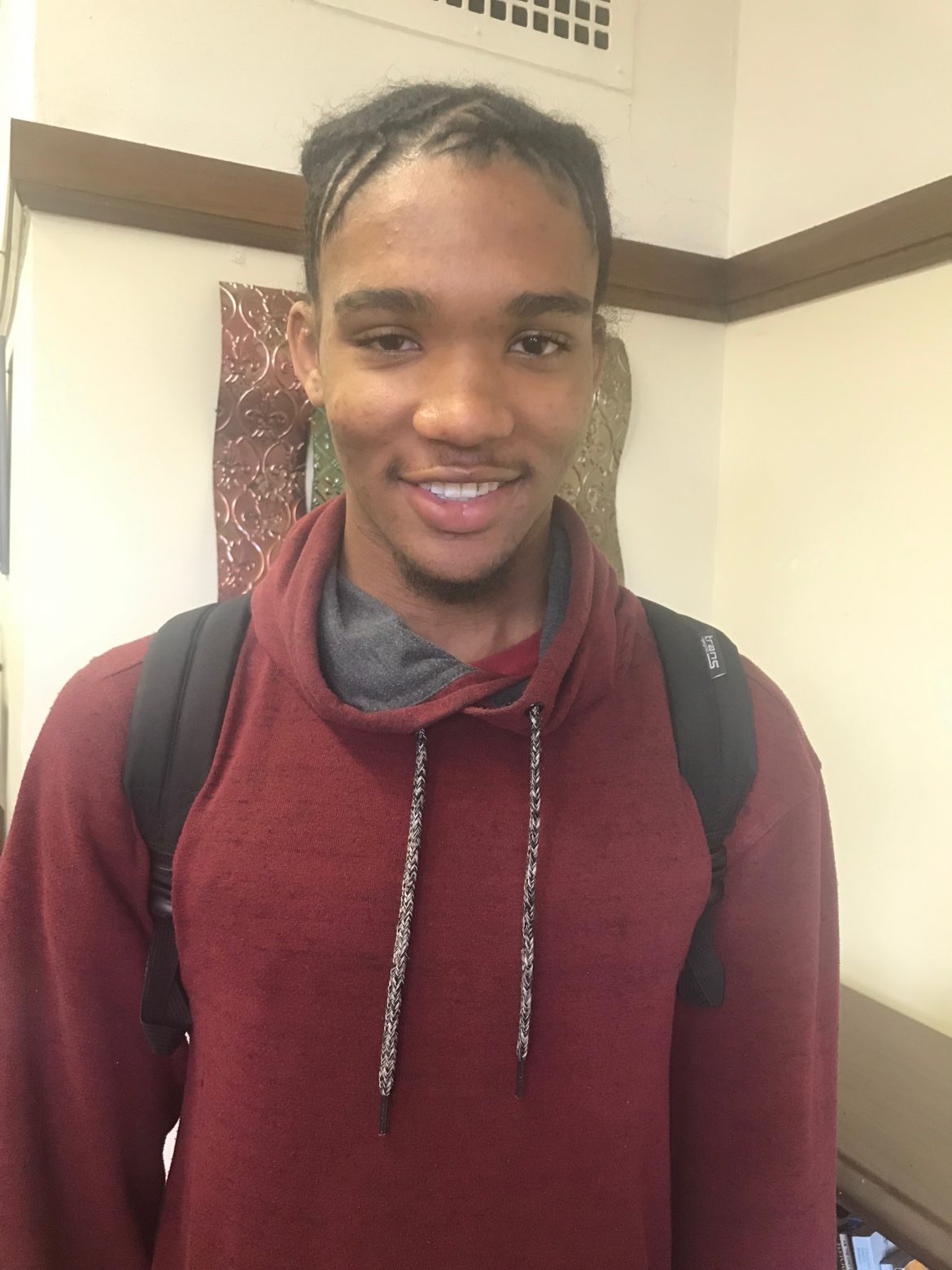 Darien McGee, an Austin College and Career Academy High School senior, plans to attend Paul Quinn College this fall and study engineering. He takes dual-credit classes, including AP Calculus and AP English, and was chosen by his principal, Simone Griffin, to speak with AustinTalks about this important time in Chicago’s history – and what’s ahead for him.

Principal Griffin said McGee has an authenticity about him because of his honesty and the way he handles any challenges or struggles that come his way. She added he had a great interest in the conversations held at the school about the Chicago mayoral election.

AustinTalks: Where do you get your information about politics from?

McGee: I get a lot of the information from the news on television and social media, but in my English class I also learned a lot. We read a lot of articles and looked at what was going on currently with the election.

What was it about Lightfoot’s campaign that stood out to you?

She has made it clear she wants to help improve and transform Chicago Public Schools. I like how she wants to help the communities and make elementary schools high quality. I also support her focus on transforming the crime rates in the city; in the Austin community there are a lot of shootings and people are dying. Making the neighborhoods safe is important to me.

As a student, what did you notice about her policies for education?

Lightfoot has said she wants to support trauma instruction and increase mental health resources. I support what she is wanting to do because I know a lot of people in the community that need that extra support.

How would you say Lightfoot taking office will impact personally?

Much of what she is saying she wants to do, like providing more services to people with trauma, will directly impact a lot of my friends. If this support helps them, then they will hopefully be able to move past it and we will be able to do more things we enjoy.

How will it impact the Austin community?

It will change the community a lot because a lot of people go through traumatic things as a child, and it haunts them as they get older. So the support will give them the will to move past it. Most of the people in the Austin community do not think they can improve themselves or soar to new heights, so with Lightfoot’s support it will make the community feel like they can do better.

What do you hope to see happen while Lightfoot is in office?

I hope to see more equality in my community as well as others. I want to also see a change in how people view or treat the LGBTQ community. Other students at my school feel like there will be a dramatic change in the way things are in Chicago right now.

Why would you say students or young adults support what Lightfoot is doing?

We see her, and we see hope; we see a change with her. She is somebody different, she is not like anybody else we have ever seen. She is full of energy and displays herself as a person that can carry everyone on her back and prosper.