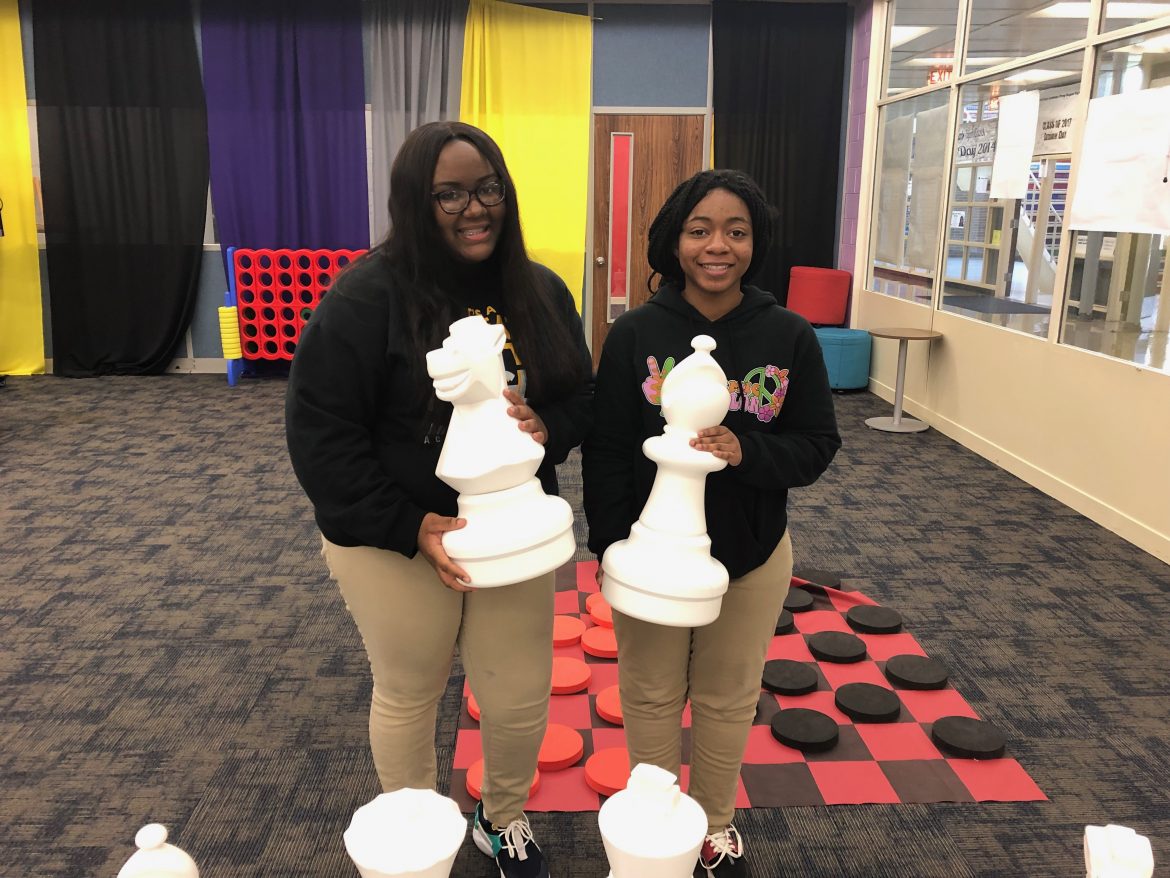 “I told Lamaria every time I saw her she was going to win,” Dean said.

Dean saw she had the drive and dedication of a Posse Scholar.

Two students at Michele Clark – Lamaria Johnson and Tanzanikia Taylor – were recently awarded four-year scholarships that cover all tuition costs. They are the fourth and fifth Michele Clark students to win the coveted award since Chicago became one of Posse’ geographical regions in 2000.

Johnson, 18, who plans to major in sociology at Denison University in Granville, Ohio, said she considers being awarded the scholarship a huge accomplishment.

“Winning the scholarship has taken care of a lot of my doubts about going away and paying for college,” Johnson said.

Liz Guiterrez, senior trainer for Posse Chicago, said the amount of the scholarship awarded to a student varies depending on the cost of each college. This year, there were about 2,600 applicants in Chicago, and 17,000 nationally. Nationwide, 730 students were awarded the scholarship.

Both Johnson and Taylor, who will be the first in their families to go to college, said since being announced as scholarship winners, they have had other students seek their advice.

Having two students win from Michele Clark has captured people’s attention. Gutierrez said it is common at other Chicago schools for more than one student to win, but it is not as common in Austin.

Johnson said she had to complete an online application, write a personal essay and do three in-person interviews.

Students who apply for the Posse scholarship must be nominated by faculty or previous winners; to be nominated, a student must be a senior in a high school located in one of the 10 designated regions.

“The best thing you could do when applying for the scholarship is to be yourself,” Taylor said. “I know that is one of the main reasons I won.”

The 17-year-old plans to major in public policy at Trinity Christian College in Palos Heights.

“There are a lot of underrepresented communities in the Chicago area, so to have a program like Posse that gives people the opportunity to showcase who you are is amazing,” she said.

Both Johnson and Taylor have participated in a number of extra-curriculars such as Dream Endlessly and BUILD Chicago, and have taken part in Michele Clark science clubs and projects. They are also both members of the National Honor Society.

Johnson hopes she’ll set a good example for other students looking to further their education.

“Not a lot of African-American teenagers want to go off to college,” she said. “They feel like there is a lot of things holding them back, so this program gives them the chance to go out, expand their knowledge and broaden their view of the world.”

There have been three winners from Michele Clark since Principal Charles Anderson started leading the school three years ago and five since 2000.

“The biggest takeaway is anyone can achieve it, and it motivates others,” Anderson said. “It becomes part of our story.”

Dean said it is important for students to create strong relationships with their guidance counselors and teachers – and to take a chance that will benefit them.

“The program allows them the freedom to go any place they can reach with their academics,” music teacher Rebecca Goldberg said.

Goldberg said since the two students have won their scholarships she has seen a major growth in them; it has encouraged them to push themselves even more.

“These two students are insanely motivated in everything they do,” Goldberg said. “It is not enough to do the bare minimum of work; they want to make sure they put their best effort in everything.”

Dean said the most rewarding part is seeing a young person’s dream fulfilled.

“It doesn’t happen every day,” Dean said. “So to see young people have an opportunity in front of them that is tangible, it is refreshing.”