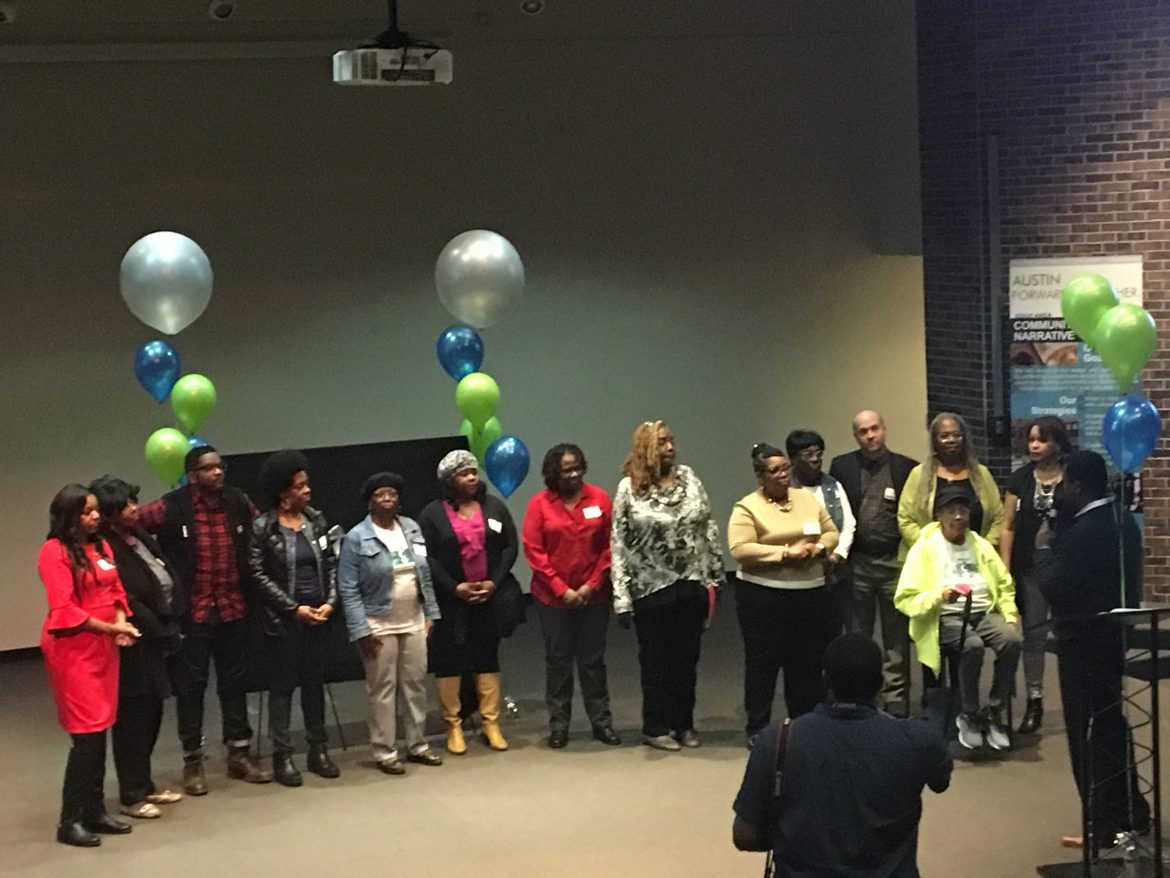 The plan has been in the works for two-plus years and involved more than 400 people, many of them Austin residents and business owners.

“Today is a very important and special day in Austin,” said Darnell Shields, executive director of Austin Coming Together, which oversaw the creation of the plan.

“Things are changing in Austin,” said Shields, an Austin resident. “We are a community that has seen good times and hard times. And now we’re prepared for the next chapter … This plan is a roadmap for our success.”

Shields thanked LISC Chicago, which was a partner in developing the plan. He noted LISC has done similar work since 2000 in 24 communities that has led to more than $800 million in investment in those neighborhoods.

The next step is getting even more people involved, said Mildred Wiley, of the Austin Community Action Council and Institute for Justice. She served as one of 20 steering committee members who oversaw the work.

“This plan is going to be action oriented, which means we have to take some action and do some work. If you’re ready to do some work, then raise your hands … We have to work together to get this done.”

This is not something that sits on a shelf, Wiley added. (The plan can be found contained in this story.)

Shields said now the planning stage is over, it’s time to mobilize.

Austin resident Briana Shields, who runs her own business, Briana Janee Arts, and is co-chair of the community narrative task force, said she wants to show the reality of her community.

“I see all the positive things that happen in Austin every single day, yet those are not the headlines we see in the news or the stories we read in the newspaper every day.”

It’s time for Austin residents to share the rich history of the community; this is “our opportunity to rewrite our narrative” and shift the way others view us, she said.

Others said Austin – one of the city’s 77 community areas – is long overdue to become one of Chicago’s jewels.

One of 23 strategic goals laid out in the plan calls for increasing enrollment of Austin’s schools; too many of the neighborhood’s youth leave the area for their education.

Bradley Johnson, co-chair of the public safety task force who works at BUILD, said Austin should be defined by its people, not by the crime that happens in the neighborhood.

He pointed to his young son and daughter as he talked about the importance of what happens next.

“I’m part of this because of them. And because of my mom who for (more than 40 years) lived down the street on Laramie.” 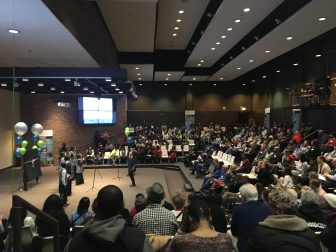 The Austin Children’s Choir performed before a packed crowd at Michele Clark Magnet High School Dec. 15, 2018, before the neighborhood’s quality-of-life plan was unveiled.

Althena Williams, co-chair of the housing task force who works for the West Cook Homeownership Center, said they will need help from elected officials like state Sen. Don Harmon, who attended Saturday’s event, to improve life in Austin.

She noted that over 60 percent of Austin’s property is rental, so there is an opportunity to increase home ownership. Williams, who works as a Realtor, said she was a renter for 18 years before she bought her home.

“I see the wonderful housing stock we have and the need to maintain our homes” so property can be passed onto the next generation. ”I just think Austin is a wonderful community, and I’m all in.”

Since 2016, Wells Fargo has provided more than $200,000 to support the Austin plan in conjunction with LISC Chicago and Austin Coming Together. Saturday, Wells Fargo presented a $100,000 check to continue the work.

“We need resources,” Darnell Shields said. “We have a lot of work in front of us.”

He urged everyone in the packed auditorium to take concrete steps to “reclaim power for Austin”: Share this plan with your neighbors, use it when you talk to public officials, show them what needs to be done and ask them what they can do help. Build relationships with the people and groups involved in this plan. And get others involved.

“So much of our potential power goes underutilized because we’re just a huge neighborhood, “ Shields said, adding that many things happen in isolation.

“The only way we’re going to get things done in this neighborhood is through collective action.”

Editor’s Note: AustinTalks Publisher Suzanne McBride was involved in some of the planning for the quality-of-life plan, and the news site will be involved in the community narrative task force going forward.