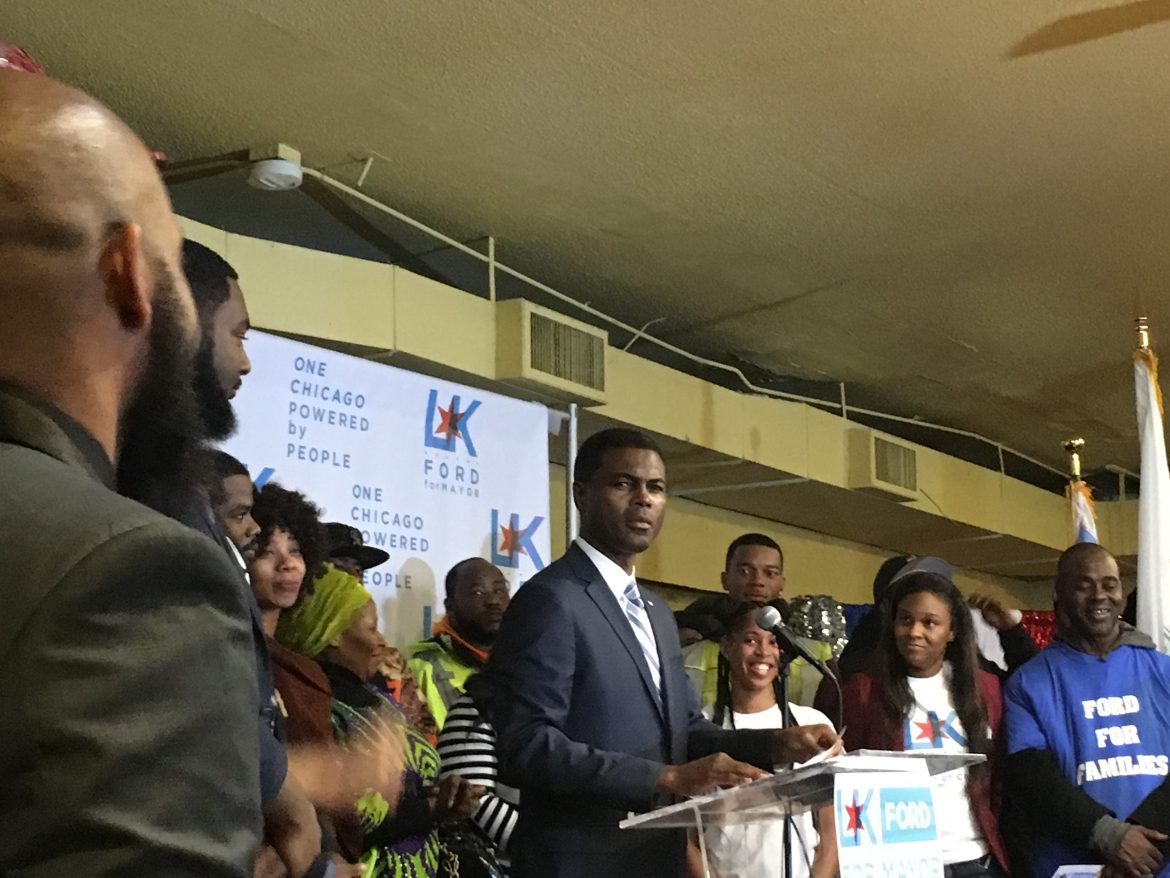 Candidates running for mayor and the Chicago City Council will begin filing their petitions on Monday.

State Rep. La Shawn Ford, who officially announced his bid for mayor last week, needs to collect at least 12,500 signatures, as do the other mayoral candidates. Aldermanic candidates are required to collect several hundred signatures.

The state lawmaker’s “Ford for Chicago” campaign office has opened at 5850 W. North Ave. To celebrate the official opening of his headquarters, Ford will be holding a petition party from 2 to 6 p.m. Sunday, Nov. 18th. Admission is free, though invitees are asked to  bring at least one completed petition sheet with them.

Another West Sider – Amara Enyia, executive director of the Austin Chamber of Commerce – will be hosting her own petition return party this weekend. It will be held from 4 to 8 p.m. Nov. 18th at Blue Lacuna, 2150 S. Canalport Ave. To gain admission, bring in petitions or sign a petition.

Ford announced on Nov. 8th that he’s joining more than a dozen other confirmed candidates in the race for mayor at Sankofa Cultural Arts & Business Center, 5820 W. Chicago Ave.

“This is what One Chicago feels like: powered by people,” Ford said at his official announcement, which was attended by a few hundred people.

Ford said his experience serving on the Illinois House Appropriations Committee and passing state laws is what separates him from the other candidates.

“It’s so very important that we have someone with the experience of getting public policy done,” he said. “It’s one thing to be able to read a public policy, but it’s another to be able to work with individuals to get things done.”

Ford, who’s represented the 8th District for 12 years, graduated from Loyola University and has worked in real estate.

He said he has governed with a social justice lens and his platform emphasizes how to make Chicago more financially stable, and become safer and healthier.

To improve Chicago’s finances, Ford said taxpayer dollars need to be spent less recklessly, citing the $1,552,346,776 recommended budget in 2018 for the Chicago Police Department. He said educating youth at either a trade school or in college would make them fiscally independent.

Creating a flourishing and job-filled market would then make the city safer, he added. Then, paired with community investment, areas like Austin would see a drop in violence.

“We will make Chicago safe by making the value of those communities go up,” Ford said. “When Chicago values go up as a community, then everyone lives better.”

To create healthier communities, Ford said there needs to be better access to produce as well as mental health services. Ford has helped pass legislation in support of making farmers markets and fresh produce more accessible to communities that are typically underserved.

“We know that there’s been a lot of mental health facilities that have been closed,” he said. “But we will without a doubt open up mental health and substance abuse facilities, and support the good ones that are out.”

Nakisha Hobbs, a Ford supporter, asked for volunteers for the campaign to come up on stage at the event, then filling it with supporters. She said Ford’s campaign represents a true grassroots campaign, with community members getting signatures for his petition and informing people about Ford’s platform.

“We are super excited to be part of this effort to get in a mayor that we can trust,” Hobbs said. “One Chicago, powered by people.”