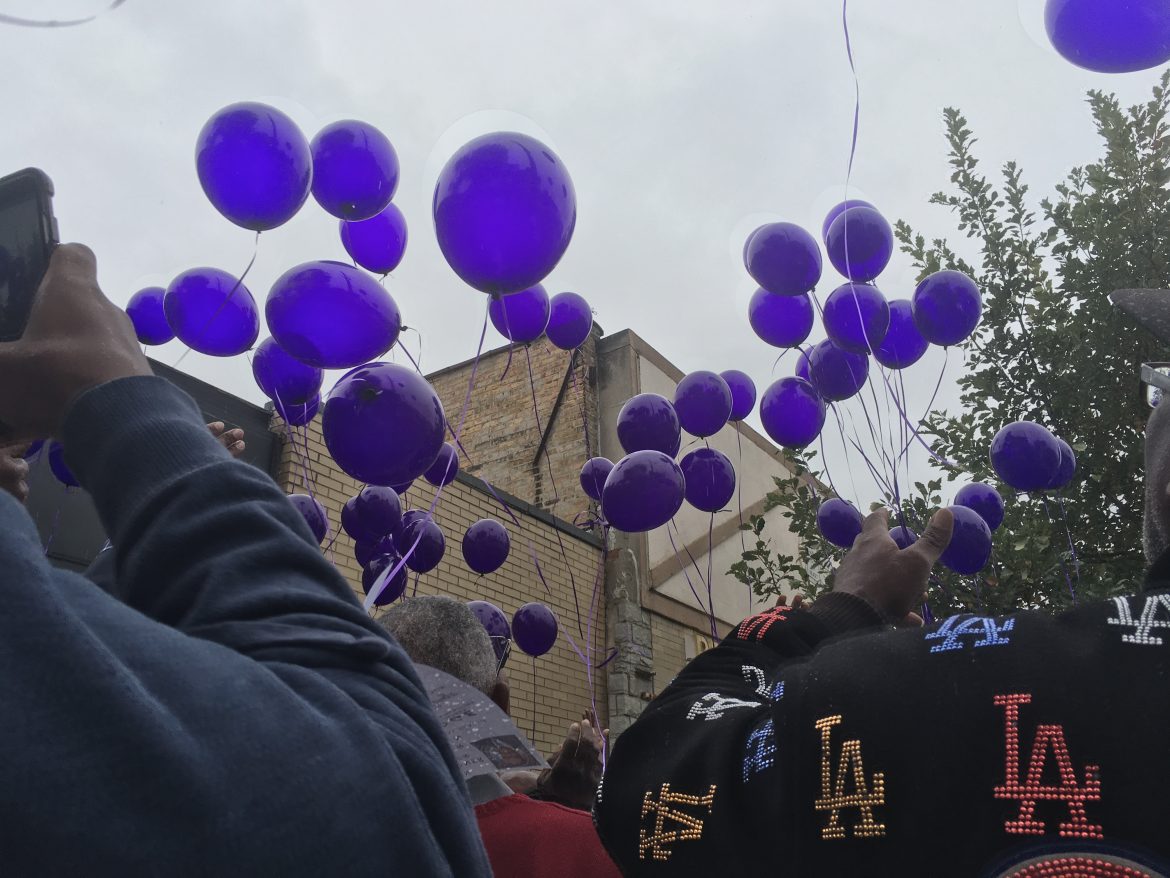 One hundred purple balloons floated up into the air to symbolize an end to domestic violence.

Over 50 men gathered earlier this month to sign a pledge against domestic violence at the Westside Community Triage Center, 4133 W. Madison Ave.

This was part of the “100 Man Stand Challenge,” where participants pledged to stand up against all acts of violence. They also pledged to teach younger generations about respecting one another.

The event also highlighted how the new community center provides services for those involved in domestic violence. They offer a variety of services, such as mental health programs and emergency housing.

“A one-time event is not going to have the lasting impact that we need to have within this community,” said Dr. Rashad K. Saafir, president and CEO of the Bobby E. Wright Comprehensive Behavioral Health Center. “We open our facility to you.”

This violence can fragment a family and create damaged homes for children to grow up in, Saafir said. In turn, it makes children vulnerable to other negative influences within the community, he added.

“I think it’s critically important that we address this issue from both a mental health standpoint and from a public health standpoint, so that we can we end the terrible effects … domestic violence has on children,” Saafir said.

Deer, the vice president of the Illinois Coalition Against Domestic Violence, highlighted a need to shift the mentality among men. If someone is feeling angry, they should reexamine the cause of the anger and instead use that energy to feel empowered, he said.

“Anger is just like gasoline,” Deer said. “You can pour it on your car and set it on fire, or you can put it in your car.”

Roosevelt Walker said he took the pledge because it’s a way for people to take ownership of the issue. Having the physical pledge card to look at makes it easier for people to adhere to, he added.

“If you stop it in the house, then maybe that kid who will grow up to be a teenager will listen to his feelings and not want to pick up a gun,” Walker said.