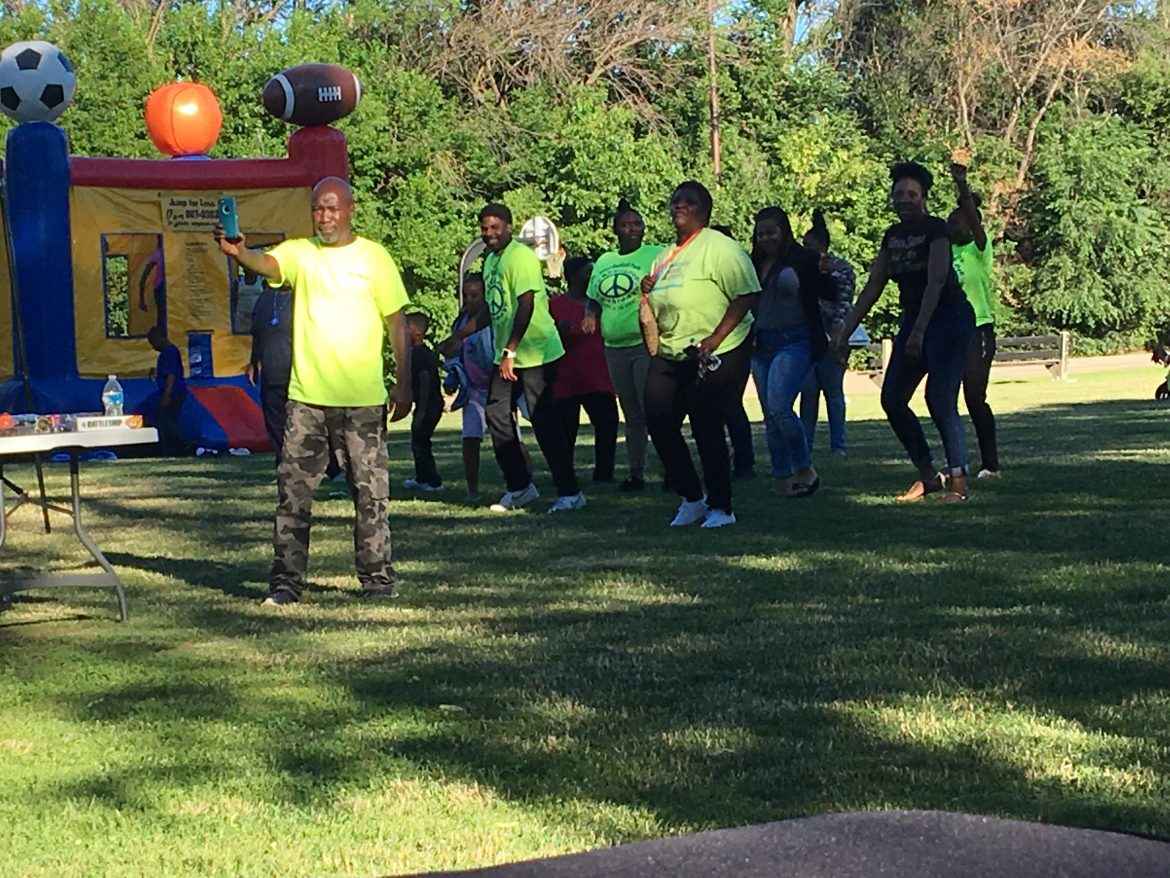 Once it was a hot spot for gun violence and drug trafficking, but now Hubbard Park is teeming with drum circles, barbecues and community bonding.

“In the 29th Ward, we’ve seen a huge decrease in the murders halfway through,” said Ald. Chris Taliaferro, who was a sergeant for the Chicago Police Department before being elected to the city council in 2015. “I attribute those successes to hard police work, but more importantly, also our communities getting involved.”

Taliaferro notes the growing bond between officers and community members as a force driving down the violence. There has been higher attendance at CAPS meetings and more people working alongside police to solve crimes.

Community members are not only working with police representatives, they are also teaming up with anti-violence groups. BUILD Chicago and the Institute for Nonviolence Chicago have been hosting a series of events throughout Austin, illustrating the power of community bonding.

“By engaging people and bringing them out, it transforms the area, it transforms people, and it transforms what’s going to happen in that neighborhood,” said Bradly Johnson, director of core programs at BUILD.

Light in the Night is a part of the series held every Thursday this summer at Hubbard Park (through early September) from 6 to 10 p.m. It brings residents together for dancing, sports and cookouts. BUILD and the Nonviolence Institute, alongside other partners, also provide case management and therapy services.

“Light in the Night, it’s this great initiative for community building,” Johnson said. “We’ll be there with the residents playing games and connecting with one another, and then they’ll be able to sustain it once it ends.”

Jeremiah Brownlee, an Austin resident of 21 years who’s been attending the Hubbard Park event, said he’s noticed a decrease in violence. He also pointed out how the event shows the community’s care for the youth.

“It’s something effective and needed in our community,” Brownlee said. “There’s always more room for positive reinforcement whether it be a richer community or a poorer community.”

Deon Patrick, outreach supervisor in Austin for the Institute for Nonviolence Chicago, said the goal of these events is to reclaim these spaces for the community. It gives families the vision that they can go outside and be in a safe environment.

“It’s getting the community back to being a community again and being neighbors towards one another,” Patrick said.

Combating violence is slow and quiet work, said Teny Gross, executive director of the Institute for Nonviolence Chicago. The solution is not arresting people; it is creating empathy among neighbors. Events like these promote long-term change because they halt violence as well as build relationships, he added.

“We’re trying to help do a little part in reconnecting the two generations because these are the community’s children, they’re not gang members,” Gross said. “They’re community members trying to rebuild that connectivity.”