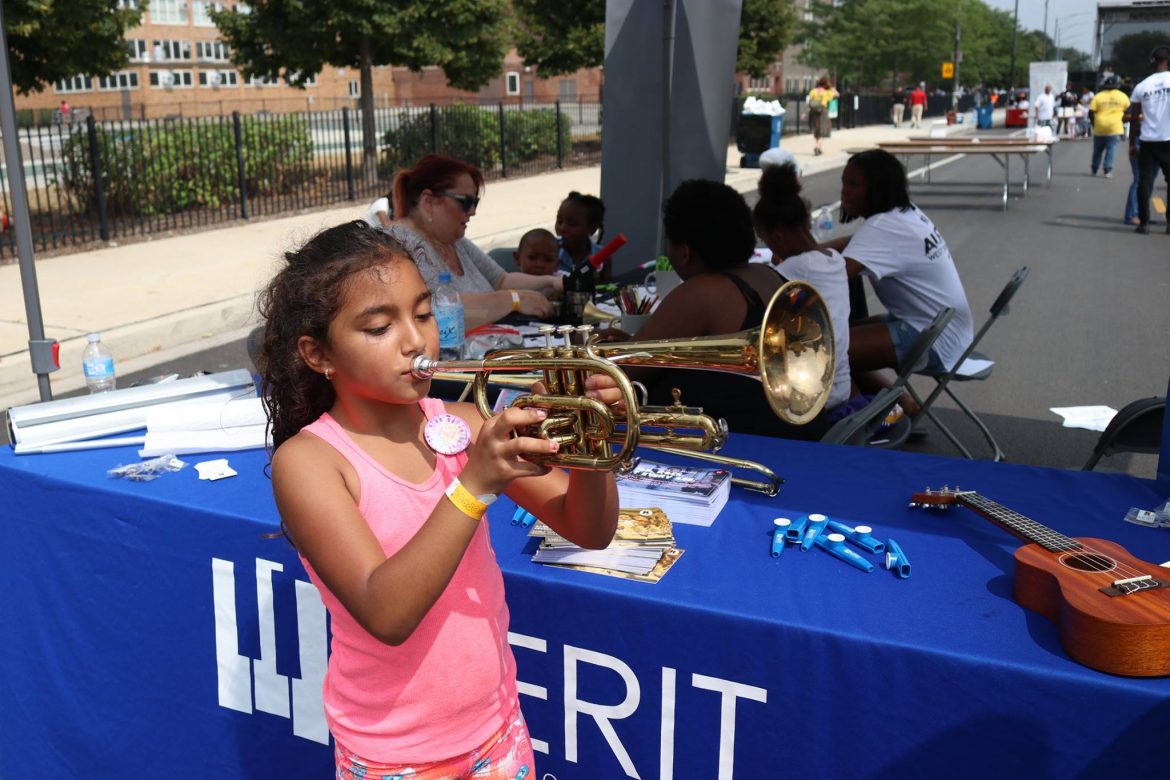 The event connected young people and families to a range of resources for a successful school year while celebrating summer with a positive community gathering.

“Today is about connecting youth, family and community to support young people and prevent violence,” Durbin said. “For kids to reach their full potential — and live happy, healthy  and productive lives — we need after-school and community programs that build skills and provide mentorship.

“I’m proud to support BUILD in their work across Chicago, and I am fighting in Washington to expand their models nationwide.”

“Summer of opportunity” brought together over 40 community partners, businesses and local leader-organized activities. The event was spearheaded by BUILD, an Austin-based youth and anti-violence organization that has served low-income communities on Chicago’s West, Near Northwest and South sides since 1969.

While turnout exceeded projections, the event took place in the shadow of ongoing violence, including shootings in Garfield Park Thursday night that took the life of a 15- year-old and wounded a 14-year-old; both young men were known to many in attendance at the event.

“It’s important to honor the beauty, strength and talent of the people of Austin – especially the youth who represent our future,” said Bradly Johnson, an Austin native who leads BUILD’s gang intervention, violence prevention and education programs.

“It’s not news that low-income youth can easily get in trouble with gangs. Most of the assets we need to address violence are already here, and hundreds of people are working hard to weave them together to create opportunities for young people.”

Over the past two years, the after-school programs, mentoring and anti-violence strategies of event partners have helped Austin chip away at violent crime that has cost hundreds of lives.

Police, anti-violence organizations and community groups in Austin regularly share ideas and resources to engage youth who are at highest risk of violence. While efforts are making a difference – crime in Chicago has trended downward – events like last week’s tragedies and over 50 weekend shootings highlights the troubling challenges that remain.

Breakthru Beverage Illinois, which spearheaded the first “summer of opportunity” in 2017, repeated its lead sponsorship role and organized over 150 volunteers. Other sponsors included:

“Our team at Breakthru truly feel connected to BUILD’s mission and the youth they serve, and we are honored to help make Summer of Opportunity happen,” said Art Wirtz, executive vice president of operations at Breakthru Beverage Illinois.

“Now, more than ever, it is critical that stand together for Chicago’s neighborhoods.”