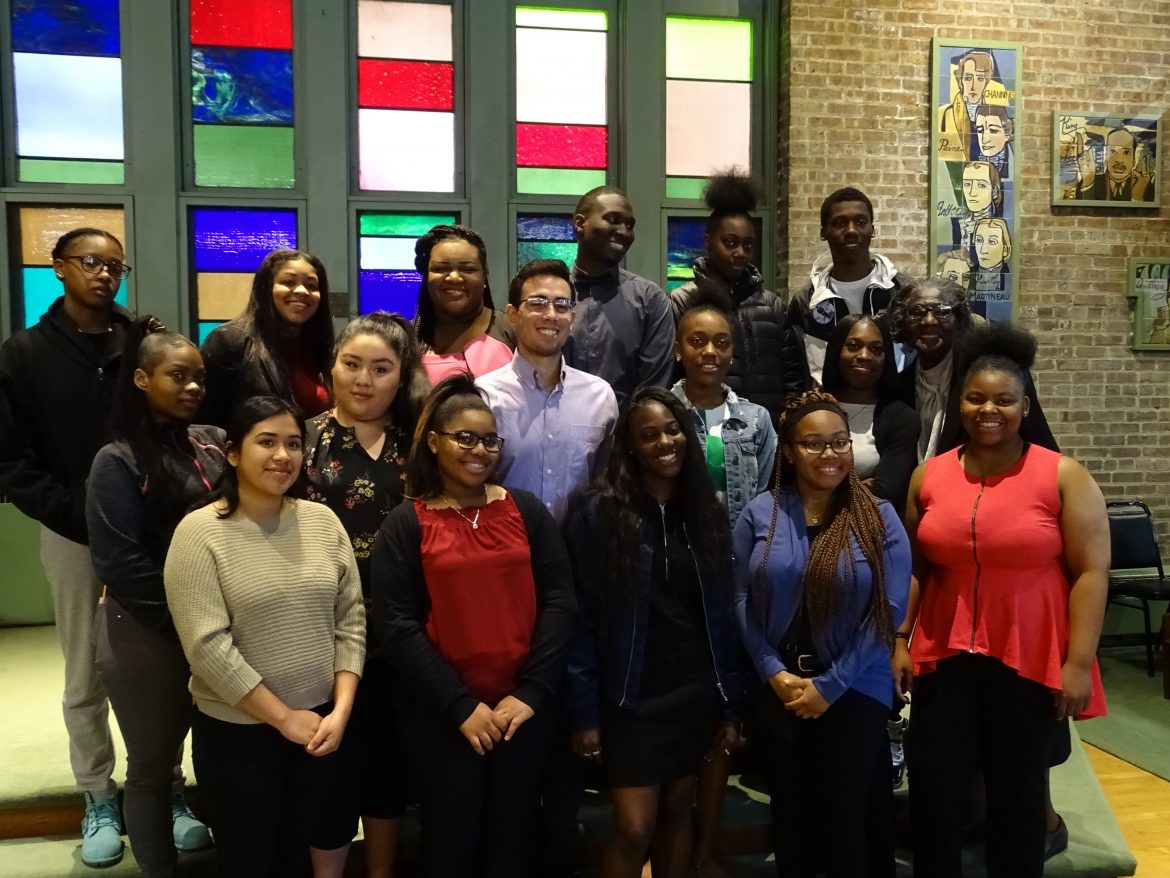 For the 44th consecutive year, Third Unitarian Church and its Austin scholarship committee has awarded scholarships to high school graduates in Austin, bringing the total students honored to more than 500 since 1974.

Choosing from about 40 eligible applicants, the scholarship committee selected 20 students to each receive a $1,000 scholarship.

Students received the scholarships during a ceremony May 20 at Third Unitarian.

Jadan Smith, a Westinghouse High School graduate and scholarship recipient, said he first heard about the scholarship through his school newspaper. Smith said he was nervous about applying because many of his classmates were doing the same but wanted to pursue the opportunity.

“When I saw the letter that I received it it was really exciting because at the time I was getting declined letters from multiple scholarships,” Smith said. “It was discouraging at first, but I kept with it and this is the first one I have actually received.” 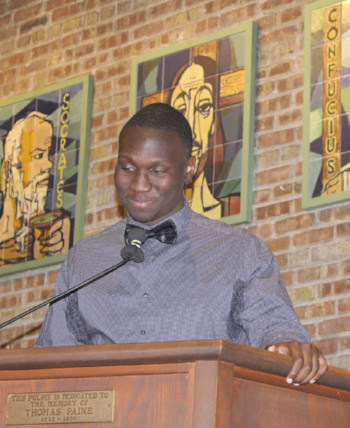 Jadan Smith, scholarship recipient from Westinghouse High School, will be majoring business at the University of Illinois-Urbana.

Smith’s mother, Latoya Gross, said the scholarship will help her son with his student loans as he majors in agricultural finance at the University of Illinois-Urbana.

“It means financial relief,” Gross said. “I was worried about him having student loan debt after college, and I didn’t want him to be concerned with that, so when I found out he went to the interview and actually got it, gratefulness rang in my heart.”

Randel Josserand, chief of schools for Chicago Public Schools in the Austin and Belmont-Cragin neighborhoods, attended Sunday’s service to show support for the program. He said one of the great things about the scholarship program is that it’s more than an application and award; it comes with community support.

“The people involved live in our community,” Josserand said. “They’re out in our schools talking to our youth about opportunities and how they can pursue a post-secondary degree. It’s not just a scholarship application that gets filled out and a committee makes a decision; this is a group that follows the kids and continues to support them throughout college.”

Students are awarded half of the scholarship when they are accepted to a college and receive the second half after enrolling in their second semester.

Scholarship committee member Rita Maniotis said the committee coordinates with local high schools months before the awards ceremony to ensure students know about the application deadlines. Students are evaluated on their GPA, extracurricular activities and a letter of interest.

Maniotis said the committee works closely with students to ensure students are financially prepared to pay their tuition.

“We want to make sure they are planning correctly so that they don’t drop out because they don’t have enough money to get through the first semester,” Maniotis said. “But most of them are really thinking about the funds needed; they are planning ahead and making back-up plans.”

Maniotis said this was the first year that applications were accepted only from Chicago Public Schools; in previous years, charter and private school students were eligible, too.

“The founders originally set the program up for Austin high schools, and it has expanded to other schools in the Austin area,” Maniotis said. “When charters came in there was a feeling that we are kind of ignoring the students who could really use some help – (those) at CPS schools.”

Looking back at more more than four decades of scholarships, 91-year-old committee chair Roberta Wilson said she’s pleased to see how much the program has grown since she first joined the committee. In the early years , Wilson said the scholarships were only $250 per student, and there were fewer recipients.

“I just believe in education because I didn’t have the opportunity that the kids have today,” Wilson said. “I went to a one-room schoolhouse down South, down in Georgia, and I don’t know how the teacher taught kindergarten through 12th grade in that single room.”

At Sunday’s ceremony, Wilson said she’s already looking for ways to raise money for next year’s scholarships and hopes the program continues to grow.

This year’s scholarship recipients and their alma mater: