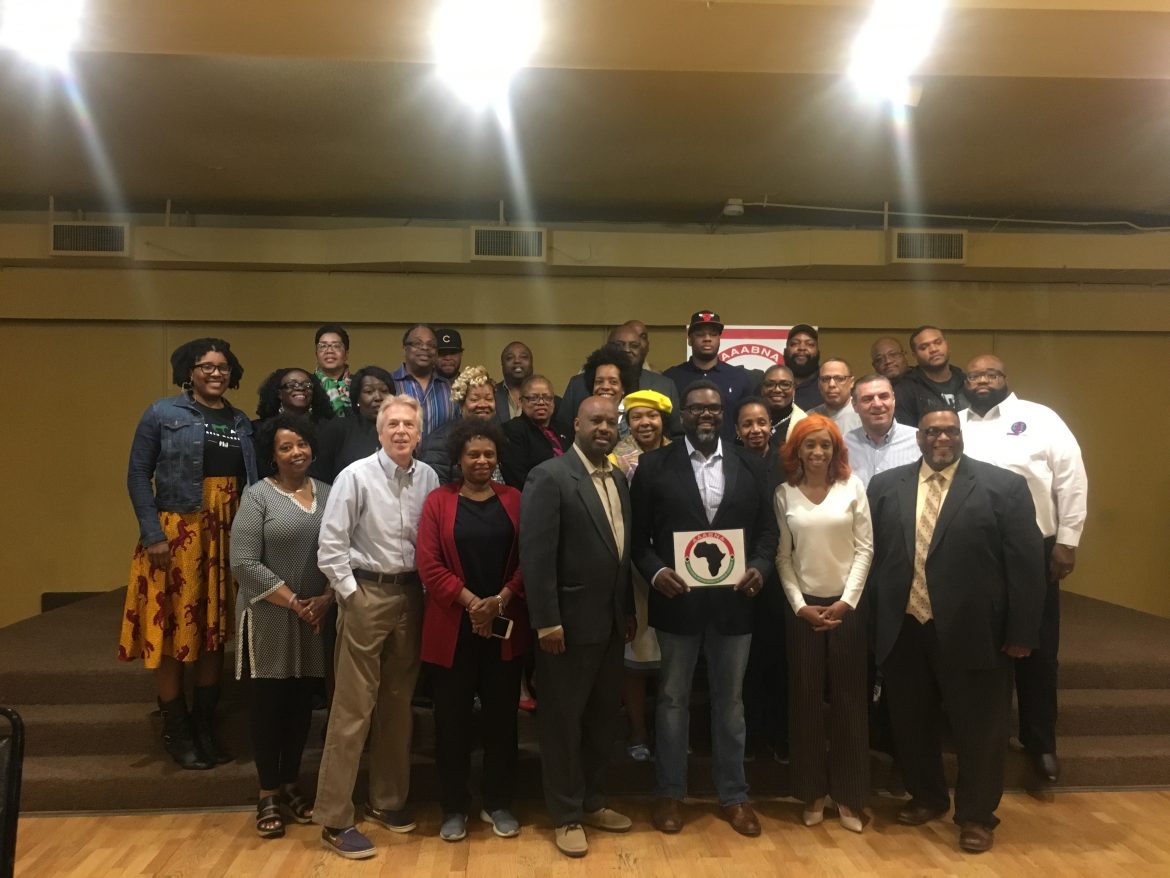 Speaking at a meeting of the Austin African American Business Networking Association Friday, Brandon Johnson wanted to make clear that he understands the importance of helping small businesses in Austin.

“The fight for public accommodations is the fight for our existence,” said Johnson, who recently won the Democratic nomination for the 1st District Cook County Board seat,

Johnson narrowly defeated incumbent Richard Boykin in the March 20 primary. Before running for office, Johnson worked as a teacher and an organizer for the Chicago Teachers Union. He lives with his family in Austin.

“It’s important that we help one another, so we can empower, and not just become this isolated land, ” Jones said of the other members of AAABNA. “People don’t look at the Austin neighborhood as a booming district, but it can be.”

Malcolm Crawford, who co-founded AAABNA in 2003, hoped to accomplish exactly that by creating an organization where small business owners could aid one another.

“We saw a need, and there was an opportunity to pull businesses together,” Crawford said. “A lot of us had the same problems and some of the same successes, so we decided to work together.”

The West Side “has not changed a great deal” over the last 20 years, said new AAABNA member Eric Strickland.

“One of the reasons I became a part of the Austin African American Business [Networking] Association is that I saw folks actually involved and doing things – doing positive things, taking advantage of the different programs that are available.”

Strickland, who used to run a state-funded small business development center in North Lawndale, is optimistic about the West Side’s future. That’s because of new programs that fund small businesses in Austin, and groups like the AAABNA making sure they’re taken advantage of by local businesses, he said.

One such program is the Retail Thrive Zones, which aims to develop small strips of commerce in struggling neighborhoods. In Austin, seven small businesses operating in the 5200 to 6000 blocks of Chicago Avenue have been awarded grants totaling several hundred thousand dollars.

More grants are supposed to be awarded over the next two years, but Crawford urged the attendees to ensure that everything possible is being done to maintain the grants.

“I think they think that we forgot it’s a three-year program,” said Crawford. “That is not what we agreed to. That’s not what everyone else agreed to. We need that next million to be on the street and moving on Chicago Avenue. There’s a lot of other stuff that needs to be done.”

Like Crawford, Johnson acknowledged that businesses in Austin, and elsewhere on the West Side, often have to fight harder for resources than other neighborhoods.

“What we have is a political structure that is paying attention to those at the very top,” Johnson said “Big corporations get bailed out, big banks get bailed out, while black women beg for jobs and black folks are looking for just a little bit of help.”

“I know what Austin has,” Johnson added. “Blue Line, Green Line, Chicago Avenue, parks … This is the place to come.”

Other attendees at Friday’s monthly meeting included Ald. Emma Mitts (37th) and Ald. Chris Taliaferro (29th), along with about 30 local residents, many of whom own small businesses.