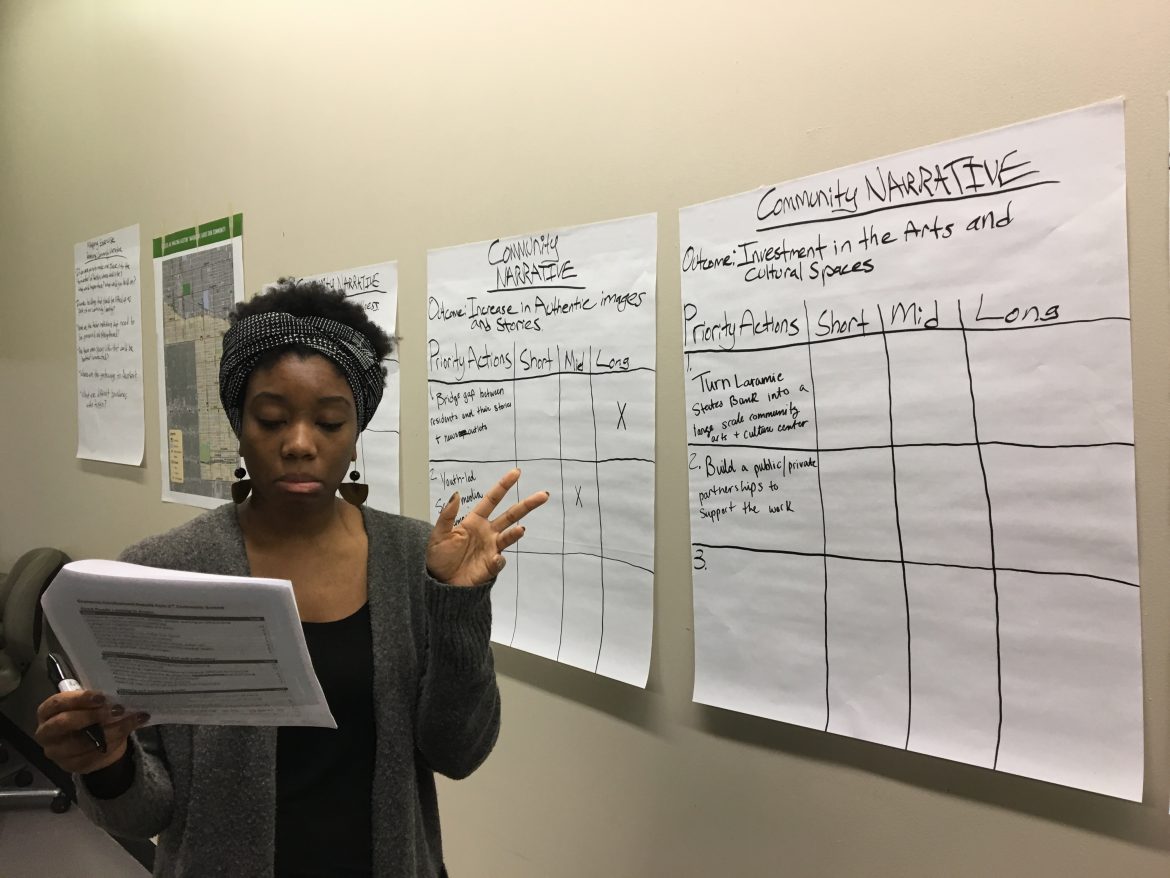 Briana Shields leads a group deciding which proposals to should be pursued as part of a five-year, comprehensive plan being developed to improve Austin.

About 30 West Side residents and others working on a five-year, quality-of-life plan for Austin gathered last Wednesday to identify a few key actions to pursue in two areas: economic development and community narrative.

Five other working groups covering public safety, youth, education, housing and civic engagement also met last week to determine two to three actions to work on in each of those areas.

Last week’s meetings build on a community summit held in December at Michele Clark High School at which about 100 people voted on their favorite proposals to pursue.

It was the second of three summits that are planned for the community as it works toward the unveiling of a comprehensive plan in June or July of 2018. The final summit is expected to take place in May.

Austin Coming Together is leading the efforts to produce the quality of life plan, which is being backed by Local Initiative Support Corp. Chicago.

The year-long process is helping the community agree on the priorities to pursue as well as come up with a specific action plan to improve Austin.

Working from a list ideas that received the most votes taken at last month’s summit, the community narrative group ranked these items as the top actions to be pursued:

The economic development group listed some of these as their top priorities:

Judith Alexander, chair of the North Avenue District and co-founder of North Avenue Neighbors Association, said a top priority should be making sure the Chicago Avenue Retail Zone does well. 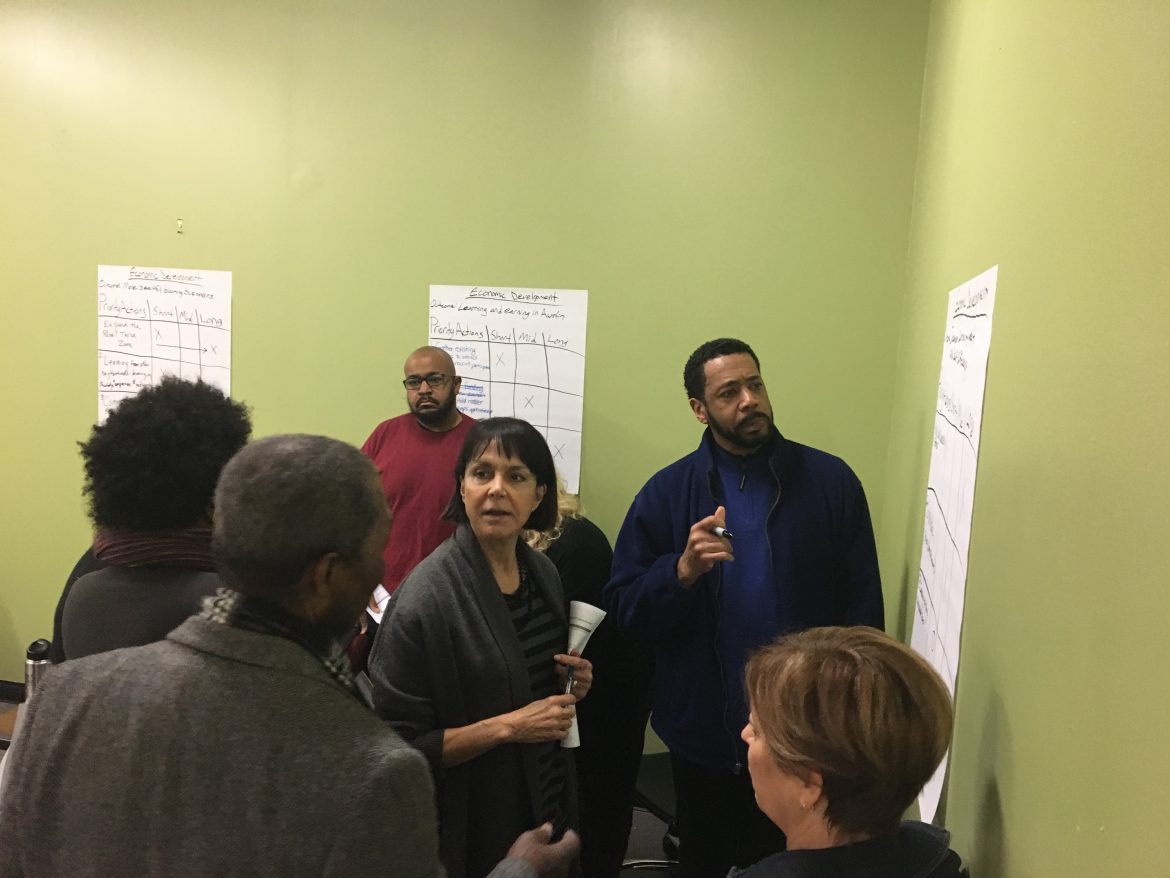 “Let’s really work on Chicago Avenue and make sure it’s successful,” Alexander said, adding that success there can transfer to other parts of Austin. “Success breeds success. … People will say, ‘Let’s do the same thing on Madison,’ or in my case, on North Avenue.”

“Money is really important,” said Hellwig, adding that both city interest and city funding will be critical going forward. And if the new Retail Thrive Zone “doesn’t succeed, it’s going to be harder for the next one.”

Another key part of the community that should be redeveloped is the vacant and deteriorating Laramie State Bank building at the corner of Chicago and Laramie, residents said.

“Laramie State Bank is like Austin’s unknown Mount Rushmore,” Austin resident Jim Bowers said. “A lot of people in Austin don’t know it’s there, and a lot of people in Chicago are afraid to come there.”

Austin resident Briana Shields, who has worked for Austin Coming Together, is especially excited about community interest in developing a food co-op. That will help improve West Siders’ quality of life by providing healthier food choices.

Kenneth Varner, a community engagement coordinator for Healthy Schools Campaign, said Austin’s young people should be at the forefront as Austin’s plan is implemented.

“The children are the lifeblood of a community,” Varner said, noting that schools are a good place to hold activities like art shows.

Jose Abonce, a community organizer for Austin Coming Together who facilitated last Wednesday’s meeting, said the public is invited to participate in any of the seven working groups, which continue to meet.