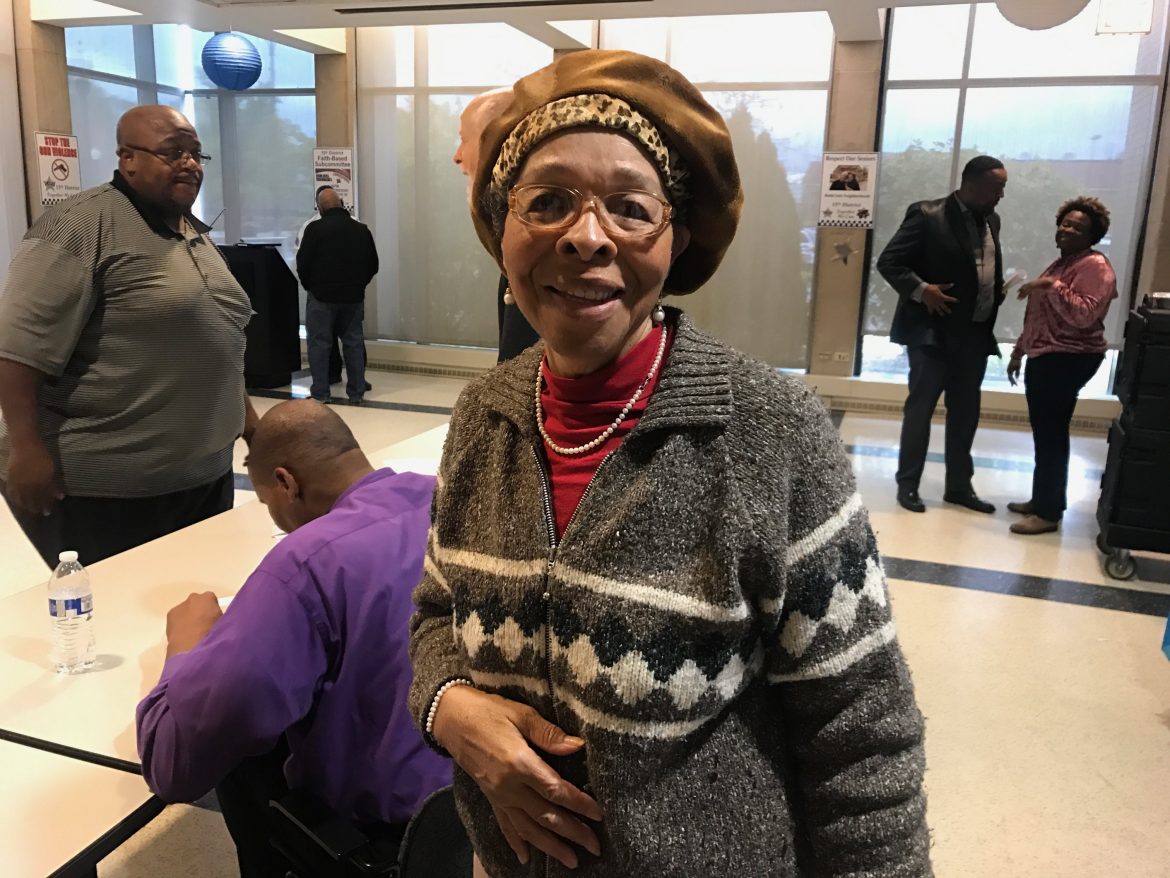 When Pearlie Mae Tyler moved to Austin with her husband Johnny Tyler in 1974, everything was new. The couple decided to join the 4900 block club on Race Avenue to better know their neighborhood, and more importantly, to meet their neighbors.

Forty years has passed, and that block club – once buzzing with parties and meetings – is not so vibrant. Activities are held sporadically, Tyler said, and there are few participants.

“Right now, we are not doing anything; it’s just inactive,” Tyler said.

She and her husband attended last week’s meeting of ministers, residents and officers at the 15th District Police station where attendees discussed how to build a stronger community coalition in 2018.

“People are not communicating and getting out to know their neighbors,” Tyler said in an interview after the Nov. 7 meeting.

The lack of “personal relationships” has resulted in low attendance at many Austin block clubs, she said.

“It’s 40 houses on the block with 400 people,” he said, but “they’re always just three people” who participate in the block clubs.

While there are a lot of good things going on in Austin, “when you’re there, the turnout’s  low,” said Jermaine Harris, the 15th District’s new sergeant of community relations, as he briefed about a dozen people about what police are focused on.

Ernest Cato, the 15th’s new commander who replaced Commander Dwayne Betts after his recent promotion, did not attend the meeting due to a mandatory training for his transition, Harris told the group.

While the strategy for 2018 will continue to be “unifying the faith-based groups, businesses, schools and police officers,” Harris said there needs to be increased efforts in better communicating with residents and improving participation.

That focus will be reflected next year in the 100 Blocks & 100 Churches, an initiative that the 15th Police District has had in place over the past several years.

The idea is to bring back “block clubs where citizens collaborate with the churches and the police department,” Harris said during an interview after the meeting. That will help residents build up networks and reduce crimes, he added.

What will also remain unchanged: the goal of strengthening community outreach, he said, adding they will begin with bringing back the Christmas parade on Dec. 15. It will start at 5:30 p.m. that day at Cicero and Madison.

Austin does not lack for churches, organizations and community events, but it needs better collaboration to increase turnout and involvement, Epting said.

“Every organization that is here does a whole lot, but some of them overlap or are right next to others,” he said, adding many groups are not getting information out in a timely fashion to make sure “there’s enough time to support each other.”

“The challenge is how can we love our blocks that are around us,” Epting said, adding churches as well as community groups should get rid of the “scarcity mindset” when it comes to recruiting members and sharing resources, because “there’s enough for everybody.”

“Our agencies need better connections with the churches and the block clubs,” said Danielle Dixon from Westside Health Authority, adding there also needs to be collaboration among similar groups.

Rev. Tom Walsh, pastor of St. Martin De Porres Church, proposed that the community  pinpoint a few events that all groups commit to every year.

“We, as pastors, with the church members and residents, need to be committed to being seen visibly to show we are united,” he said. “We have to decide this together.”

The block clubs should be revitalized because that’s where people can meet each other in person, said longtime Austin resident Tyler, who encouraged residents to come out more  instead of communicating on social media.

“The most important thing we need is to get out of the house, get in next door and see who these people are.