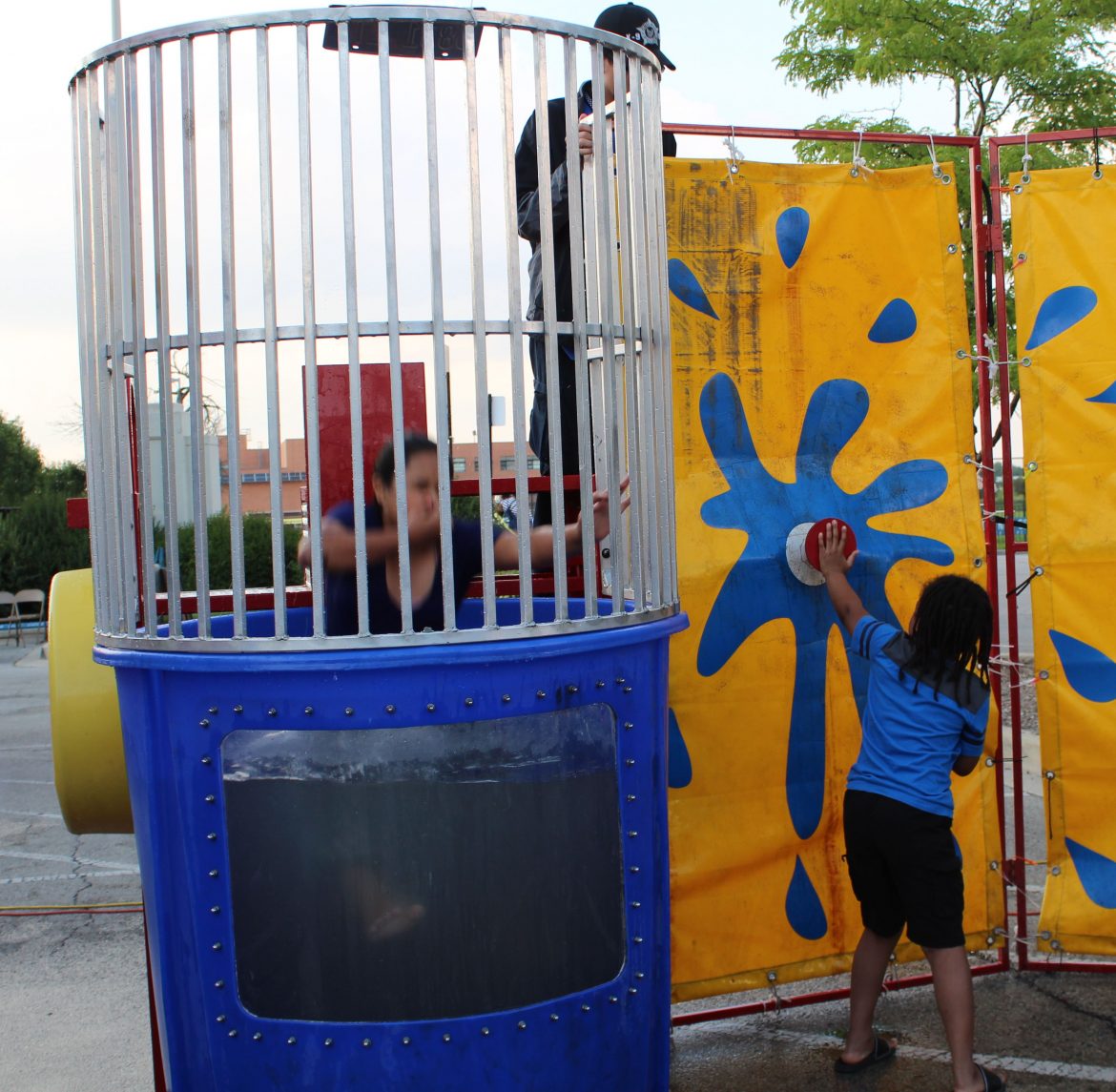 Martha Alicia is either a lucky charm or just plain lucky.

The Austin resident won two raffle prizes at the 25th Police District’s National Night last week. Alicia won four tickets to a White Sox game and also a gift card. No one else at the community event won multiple prizes, but these two aren’t Alicia’s to keep. She was holding the tickets for her friends who had to leave the event.

“I was holding the tickets for her; I didn’t win anything,” Alicia said with a laugh, adding that she’s attended the event in previous years. All six of her children have also participated in the district’s youth volunteer programs.

“I like my kids to give back to their community and help out,” she said of her five now adult children and of her youngest, who just started volunteering.

Last week’s raffle capped off the annual National Night Out event, held each year during the summer in Chicago and cities around the country. Along with the fun and games, attendees learn about police department programs and socialize with officers. Well over a 100 people, including lots of parents and their children, came to the 25th District station parking lot, 5555 W. Grand, for the event, which is held annually on the first Tuesday of August.

“It’s a great time for us to get together with the citizens and show them how we really want to work together as a team out here,” 25th District Cmdr. Anthony Escamilla said.

“They love this kind of activity, maybe it should be more than once a year,” Escamilla said.

National Night Out began in 1984, one of the first programs created by the National Association of Town Watch, a network of law enforcement and neighborhood watch groups from across the country that started in 1981. National Night Out would grow from a mostly neighborhood canvassing event to the block party atmosphere in recent years. Some 15,000 communities and nearly 40 million people have participated during its history, according to the association.

Attendees at this year’s 25th District event enjoyed the activities, including the inflatable bounce house for the younger children – and the dunk tank featuring a brave but soaked young lady who took a few slashes in the water thanks to a long line of kids slinging balls at the tank target. A few kids also got to learn about some department equipment, like one youngster who tried on a helmet used by the city’s bomb squad.

“A lot of people come out, and the kids are very interested in the technical aspect of what we do,” said Sgt. Robert Jurczykowski, a 22-year police veteran and explosive technician since 2007.

Communities looking to organize their own National Night Out event can register at the association’s web site.

View all Night Out Posts →