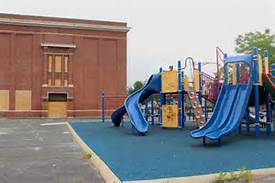 The organization has requested more details and clarity about the plan to build an all-purpose health care center at the closed Emmet School building at 5500 W. Madison.

The Westside branch has expressed concerns about the project’s transparency as well as its impact on existing health care facilities in Austin and other West Side communities.

Until those questions are thoroughly answered, the organization wants all movement on the project temporarily suspended.

“We should have some say in what’s being presented to us as a community,” said Karl Brinson, the branch’s president.

The organization is also pushing for a detailed “Community Benefits Agreement” to hold developers to their promise of hiring West Siders as contractors and employees at the health campus.

Brinson added that such an agreement – which would include other details – should exist not only for Emmet but any development projects on the West Side.

“When folk come in stating that they’d like to do some things on our behalf, I think we should have some ownership on those projects that come into the community,” Brinson said.

“This is very important for our community that’s lacking in resources to develop a lot of the stuff we would like to see happen, and that we know needs to happen.

The Westside Branch has voiced these and other concerns to developers, Brinson said.

The organization sits on the 11-member Emmet School Redevelopment Committee, which formed last November. The branch has voiced concerns about the process during its seven months  of operation, Brinson said.

The organization was the only “no” vote when the committee voted to support or reject the project. Brinson said the committee’s intent was good, but it should have included more voices.

“We’re pushing for a Community Benefits Agreement, and it needs to be inclusive of the community. In a CBA, the community has a benefit, as well as the for-profit or non-profit entity,” Logan said.

The $20 million projectt would replace the school building, which CPS shuttered in 2013, with a health care campus offering such things as a day care center, senior center and behavioral health.

The Westside Branch is also concerned about the $75,000 bid price Chicago Public Schools received for Emmet. This and many other issues need to be addressed, Westside Branch members insist.

“A pause and reset is needed,” said Dwayne Truss, a Westside Branch member and community organizer.

“Let’s not move forward until the process can be corrected. And part of the process is this Community Benefits Agreement that’s solid, that’s going to benefit workers and businesses.”

A study on how the health care campus will impact existing businesses in the area is also needed, Truss said.

Brinson added that his organization will continue to work with developers, insisting his group is not against redeveloping Emmet or any other closed Austin school. In all, CPS shut four schools in 2013.

Ald. Chris Taliaferro (29th) said he agrees that a strong Community Benefits Agreement is needed, adding that the Emmet project would not move forward without one.

Taliaferro, however, disagrees that the community has not been fully informed about the project.

It’s been a topic at his regularly monthly meetings since it was made public at a community meeting last October at Austin Town Hall.

“The only thing I told them is: ‘When you come to the community, be prepared.’ They came very prepared with slides and renderings, and as a result, one of the comments was that it was a done deal, and I said that it wasn’t a done deal.”

As for questions about the committee’s makeup, Taliaferro said the group was formed as a result of the meeting and included people who expressed interest in wanting to join.

“This was not a hand-picked committee. This process was not derived from any closed-door conversations,” Taliaferro said, adding that the Austin Chamber of Commerce was among the groups on the committee.

“These are groups that are very active in Austin, and not all of them were for it. But as time progressed, it was an independent process, and some changed their minds and some didn’t,” Taliaferro said.

As for the $75,000 bid price for Emmet, the alderman acknowledged the price is “relatively low.”

The price came up during at a June 14 community meeting about the project. Taliaferro, who was among the 100 or so in attendance, said that was the first time he had learned of the price.

The alderman noted that Emmet has been practically gutted and attracted squatters since it closed four years ago.

“When looking at the total price, I take into consideration the condition of the school,” Taliaferro said.

And concerning any skepticism about the project developers’ commitment to Austin, Taliaferro stressed: “It is my insistence that any promises made are kept. I will make sure that any agreement between the three entities and the community is strictly adhered to.”