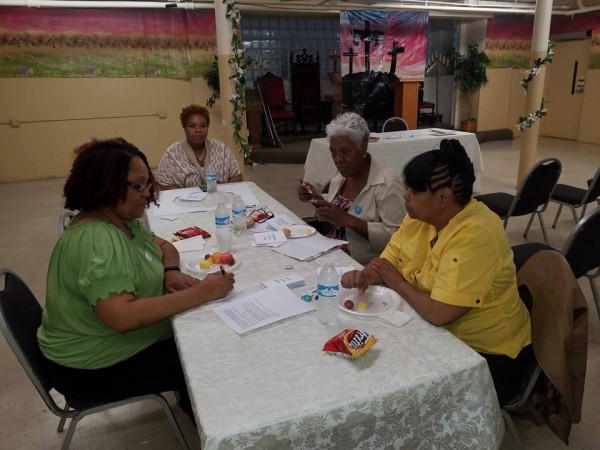 The 29th Ward alderman wants to shine a light on some of the community’s success stories with a public event planned for this summer.

Ald. Chris Taliaferro will host “Austin Successes” in July at Austin Town Hall. The details are still being worked out, but the alderman shared his plan with constituents last week at his North Avenue office.

Austin natives who’ve gone on to successful careers are being lined up to speak at the event, Taliaferro said. The alderman made the announcement during the On The Table community conversation event that he and thousands of Chicago-area residents participated in May 16.

Sponsored by The Chicago Community Trust, the annual event brings out residents to discuss issues and network with one another. Just a few residents came out to Taliaferro’s community office at 6272 W. North Avenue in Galewood. But dozens gathered at the Columbus Park Refectory in Austin.

Some of the other topics discussed at Taliaferro’s event included ridding the streets of drug selling and engaging more youth in positive activities. Taliaferro said his Austin Successes event is aimed particularly at young people.

Taliaferro said he was glad to host an On The Table talk even if only a few people were able to make it to his event.

Conversations took place at other West Side locations, such as North Lawndale’s Carey Tercentenary AME Church, where the discussion focused on how churches can affect positive change in the community, with some ideas including developing programs for youth and adults to interact.

Valerie Leonard, a community organizer and host at Carey, said their group will meet again to develop some solutions on what was discussed. 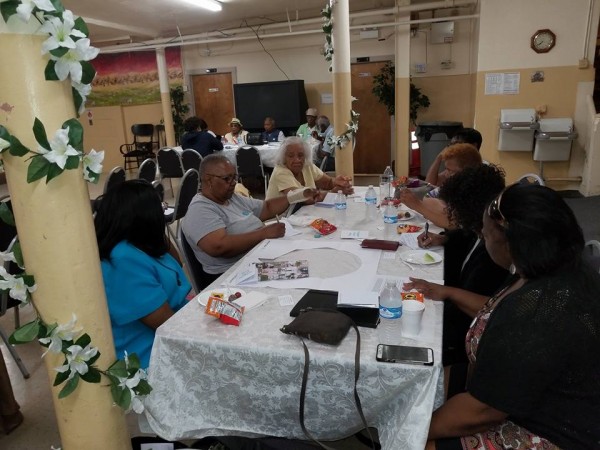 West Siders gathered at Carey Tercentenary AME Church in North Lawndale as part of the third annual On The Table event. (Photo provided by Valerie Leonard)