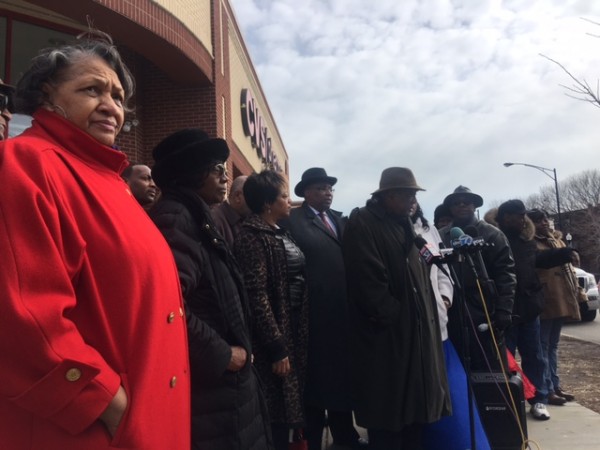 Denise Durns worries her 87-year-old mother will have difficulty getting her prescriptions when the CVS at Kedzie and Madison closes March 4.

Durns, a retiree who’s lived on the West Side for 60 years, said she’s tired of seeing resources go away.

“Whatever we have, the stores in our neighborhoods, they are taking them away. Why can’t they get rid of these liquor stores?” Durns said last weekend before elected officials held a press conference in front of the CVS at 3146 W. Madison St.

Conyears-Ervin said CVS should have posted signs warning residents of the closing.

“CVS just came to our community . . . It pushed out our mom-and-pop pharmacy,” she said. “Our seniors will not have access to their prescriptions.”

Conyears-Ervin said the closing creates a pharmaceutical desert, making it difficult for residents to get the medicine they need. Ervin said the next closest location will be at Racine and Roosevelt, about a half-hour bus ride away. 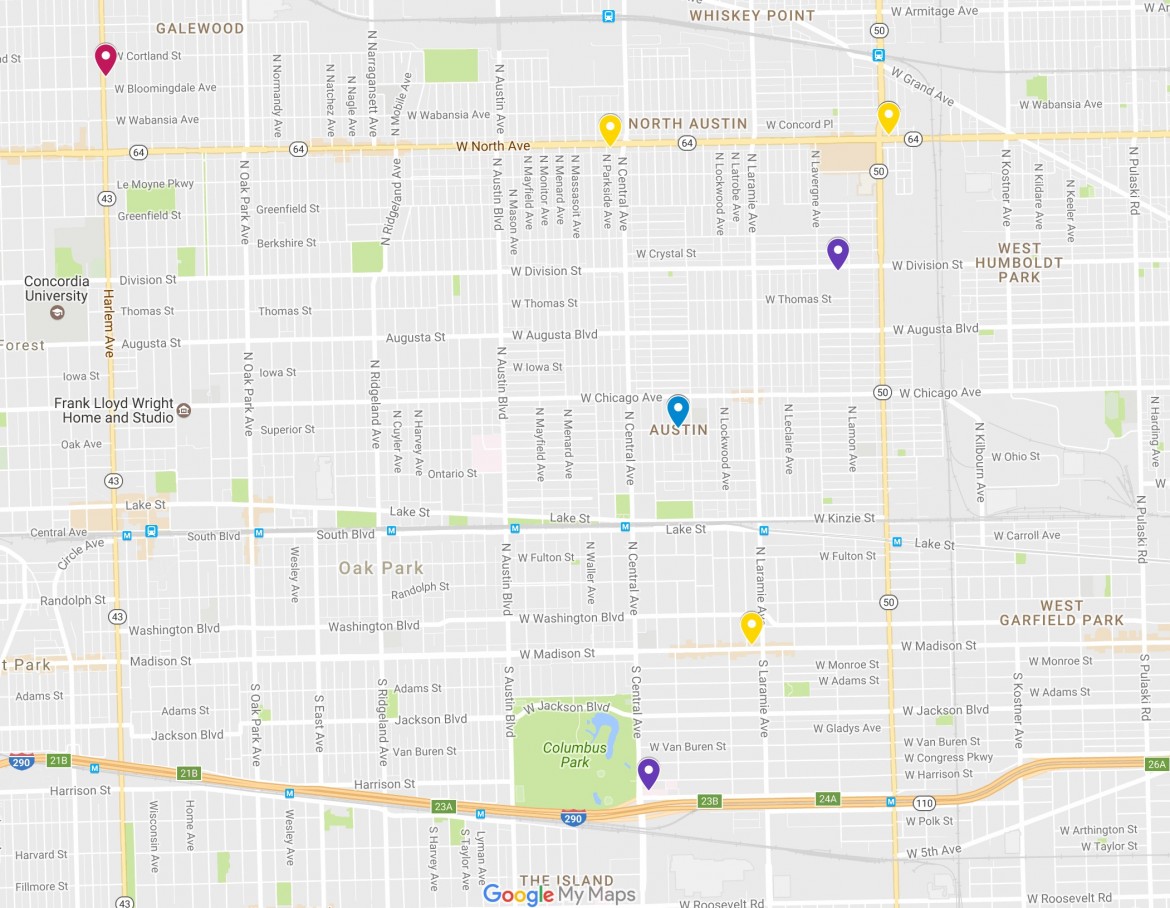 There are just a handful of pharmacies in Austin, the city’s most-populated community area: Walgreens (yellow), CVS (pink) and independent stores (purple).

There are only a handful of pharmacies in the Austin neighborhood and surrounding area: Three Walgreens and two independent pharmacies. The closest CVS is at North and Harlem, many blocks west of Austin.

Ron Reid said the West Side faces a number of challenges, being a pharmacy desert just one of many problems.

“It’s not just CVS. Obviously, there’s a food desert. I think it speaks to a broader issue of disinvestment in Austin,” said Reid, a founding member of the Central Austin Neighborhood Association. “I’m sure the city could have intervened to help keep that store there.”

Reid has a daughter in college and said he feels she’s safer living far from Austin, citing concerns about gun violence and drug sales that he blames on a lack of city investment and intervention.

“I’m absolutely glad she’s away,” Reid said. “It’s a terrible situation . . . You walk past buildings that are falling down, schools that are closed and boarded up, and they wonder why we have the issues we do with violence.”

“Pharmacies, like any other business, have to remain profitable,” he said.

Reynolds said his parents, who owned a pharmacy for 29 years, now live in an Illinois county where there is only one, forcing them to travel more than 30 miles for service.

“It’s a rural and urban issue,” he said. “This is a nationwide problem.”

Solutions may include legislation, but he said until states start prioritizing the medical services pharmacists provide, nothing will change.

He said other innovations originally developed for rural areas, like tele-pharmacies, which are staffed by a pharmacist available by phone or technology like a kiosk, could help.

In a statement, CVS said the decision to close 11 stores across Chicago was difficult and that the company will continue to operate about 80 pharmacies in the city.

The statement also said the company plans to transfer patients’ prescriptions to other CVS locations and is working with affected employees to transfer them to other stores.

Ald. Ervin said the CVS at Kedzie and Madison received Tax Increment Financing (TIF) when it was built about five years ago. He said the development contract was being reviewed to see if there were any obligations CVS failed to fulfill that might force them to keep the store open or to repay some of the TIF funds.

But Wednesday, Peter Strazzabosco, deputy commissioner for the Chicago Department of Planning and Development, which oversees TIF projects citywide, said no contract confirming city money was given for that CVS location could be located. Nor did the city’s website, which includes an interactive TIF map, yield any information.

It’s possible other kinds of incentives that do not fall under the TIF program were used, Strazzabosco said.