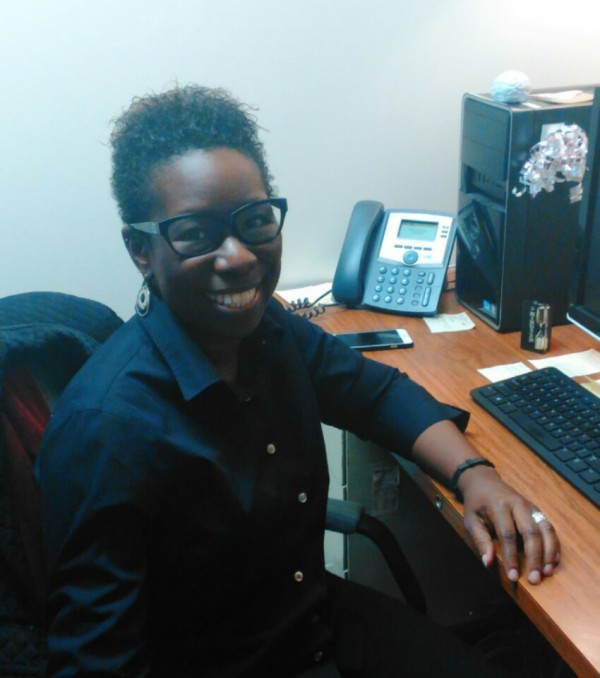 DeVona Alleyne, a licensed counselor and minister, was hired to the post last month. The agency’s Austin site has been open since 1998 but operating with just a part-time counselor.

Founded in 1974, Rape Victim Advocates provides free counseling to survivors as well as their loved ones. The agency also offers free legal help to survivors as they navigate the justice system.

Located at 4909 W. Division, the Austin office is among four satellite locations citywide run by the agency, whose services are funded through grants and private donations.

Last year, some 400 clients were served at all four locations, according to the agency.

Alleyne said her office sees about 20 clients a week but will be able to help more survivors with a full-timer in place.

RVA volunteers are also among the first responders to speak with survivors at hospitals, from shortly after they’re admitted until they’re discharged. If survivors want additional counseling, they can make an appointment to see Alleyne.

“It’s letting people know we’re here,” she said. “And particularly in communities like Austin, sometimes there’s a stigma with respect to receiving counseling. So a part of what I do in general as a professional is removing that stigma.”

A native of Charlotte, N.C., Alleyne said the Austin neighborhood is where she wanted to work. The agency, she added, also provides education to the community about sexual violence and how to talk about it.

Alleyne, who started as an RVA volunteer last year, said the agency had wanted a full-time worker in Austin for some time.

Over the last year, Austin has had 78 incidents of sexual assault reported to police, including five cases in this last month, according to Chicago Police data compiled by the Chicago Tribune. Nationwide, just over 84,000 incidents of rape were reported to police in 2014, according to the FBI, based on data compiled from local law-enforcement agencies.

In Illinois, some 4,000 cases were reported to law enforcement in 2014, according to the Illinois State Police. Still, many rape cases go unreported.

Legislation approved by Springfield lawmakers this past summer looked to make it easier for survivors in Illinois to come forward. The new law, signed by Gov. Bruce Rauner in August, includes mandated sexual-assault-response training for local law enforcement, among other measures.

“Victims of rape need so much support to deal with the trauma they have experienced,” said Austin state Rep. La Shawn Ford, one of the legislation’s co-sponsors and a supporter of Rape Victim Advocates.

“With all of the social service cuts we have experienced, it is important to give credit to organizations that are moving forward to meet some of the needs in Austin,” Ford said of RVA.

Educating the community about sexual assault is another important piece of the agency’s mission, said Alleyne, a former journalist whose career included a stint at the Chicago Tribune in the mid-2000s.

The agency’s legal advocate on staff also provides a much needed service: helping survivors through the entire legal process, including a trial, Alleyne said.

For survivors first coming to the office, they’re sometimes unsure of what kind of help they’ll actually receive. Alleyne said RVA staff, volunteers and interns are here to welcome and help them.

“If you can go into an office and just be real, and be fully accepted with no judgment, that’s what counseling can provide.”