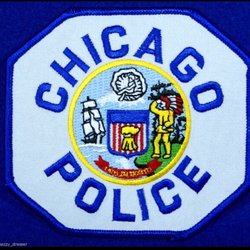 Mayor Rahm Emanuel’s new civilian police accountability agency that’s expected to be voted on by the Chicago City Council in coming weeks should include members of Chicago’s NAACP, said the leader of the civil rights group’s West Side chapter.

Emanuel’s new system to investigate police misconduct would replace the much-maligned Independent Police Review Authority, a decision the mayor announced in May. The new Civilian Office on Police Accountability, or COPA, would take over investigations, according to a draft proposal released by the mayor’s office this week.

Karl Brinson, president of the Westside Branch NAACP, said his organization has been largely shut out of mayor’s planning process so far. The NAACP, however, should be among the on-the-ground groups involved in the new agency, Brinson said.

“We should be involved. We’re a grassroots civil rights organization, the oldest in the county. Why wouldn’t you have that representation when you’re supposed to have the best interest of the community at heart?” Brinson said, adding that the South Side NAACP chapter should also be involved.

The mayor is slated to submit his proposal to the full city council next Tuesday and was pushing for a vote on Sept. 14. But the fast-track approval doesn’t sit well with Ald. Chris Taliaferro (29th), a former Chicago cop, who said aldermen need time to digest the proposal.

Other members of the council’s Progressive Caucus also objected, prompting the mayor on Tuesday to back off the Sept. 14th vote, according to the Chicago Sun-Times.

“It’s difficult to vote on something you haven’t seen,” Taliaferro said before the recommendations becoming public. “The way things have gone in the past with this administration – and I’ve only been in office 14 months – is that things pop up at the last minute.”

“What’s the rush?” he said. “If you give it time, you’ll hear more and let people give input. If you rush it, you’ll hear less and have less of a chance to make progress.”

The mayor’s recommendations for COPA include requiring the agency to file two reports on its investigations within a year. Under IPRA, cases could go unreported for years.

Also under COPA, the police superintendent would be given 90s days to respond to a discipline or termination request by the agency. Brinson, however, said the superintendent should have no input in that decision making.

The U.S. Department of Justice, which is investigating how the city handles police misconduct cases, might offer insight on the new agency once it wraps up its review, Brinson said.

A new, civilian-led agency, he added, is not the only reform that’s needed. The contract between the police union and city also needs an overhaul because it stifles any serious investigation into misconduct, Brinson said.

“We don’t need another contract that ties everybody’s hands,” he said of the agreement with the Fraternal Order of Police that expires next year. “It doesn’t matter what reforms you do unless you renegotiate that contract that stops people from disciplining officers.”

The city hosted a series of public hearings this summer to get community feedback about what’s needed with this new agency, including one Aug. 16, at Westinghouse College Prep.