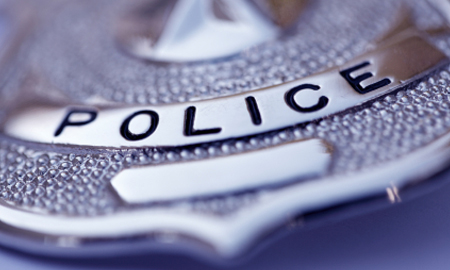 Legislation proposed by a state lawmaker from Austin would prevent the Chicago Police Department from destroying decades of misconduct records involving its officers.

The bill, sponsored by Rep La Shawn Ford, seeks to maintain those records permanently. The union representing Chicago police officers, however, argues that records older than five years should be destroyed, as outlined in its contract with the city.

Ford said destroying any records would prevent bad officers from being held accountable. His bill would maintain citizens’ complaint reports, including how those cases were adjudicated by the department. If records are to be destroyed for any legitimate reason, it should be done under court order, he said.

“Our goal is to make it the court’s decision on what should happen to those records,” he said. “Those records are an indicator of the police and their behavior. If they don’t exist, how can they be held accountable?”

Ford filed the bill earlier this year, and it’s currently on the House calendar awaiting action. Earlier this week, he acknowledged the House has much on its plate, but he remains hopeful the proposal will be called to the floor for a vote soon.

The Austin lawmaker said he’s not sure which of his colleagues will push the measure in the Illinois Senate, which would need to approve it before going to the governor for his signature.

The battle over police misconduct records has resulted in several court challenges. An appellate court in 2014 ruled in favor of the records’ release

The Chicago Fraternal Order of Police filed an injunction that same year to keep the records, some dating as far back as the 1960s, from becoming public. The injunction was partially upheld in 2015, resulting in the release of records dating back to 2011 only.

It states that all disciplinary investigative files and related records “will be destroyed five years after the date of the incident or the date upon which the violation was discovered, whichever is longer.” Files pertaining to criminal conduct or excessive force are to be destroyed after seven years, according to the contract.

AustinTalks was unable to reach FOP President Dean Angelo Sr. for comment. But in a FOP newsletter from November 2014, Angelo argued the misconduct records set for release by the city should have been destroyed at the five- to seven-year mark.

“If the department had been in compliance with the longstanding language in our contract, most of the allegations under consideration and ready to be released should not be in existence,” Angelo wrote.

The FOP’s lawsuit was filed the same month West Side teen Laquan McDonald, 17, was shot 16 times by Officer Jason Van Dyke during a traffic confrontation captured on a police squad car video.

The footage was released nearly a year later on Nov. 24, 2015, by court order. Van Dyke was charged with first-degree murder by Cook County State’s Attorney Anita Alvarez just hours before the video’s release to the public.

The delay in charges and in the video’s release caused a national firestorm, including calls for a federal investigation and cost Police Superintendent Garry McCarthy his job. The U.S. Department of Justice is reviewing the CPD’s handling of police misconduct investigations.

A hearing – one of four federal officials have scheduled in Chicago as part of they’re investigation – held last week at Kennedy King City College became contentious, according to the Chicago Sun-Times. Two more hearings are scheduled for mid-July.

Police misconduct cases have cost the city of Chicago more than $500 million in settlements over the last 10 years, including $5 million to McDonald’s family.

Van Dyke had at least 20 complaints filed against him prior to the McDonald shooting, according to records compiled at Chicago Police Data Project.

The Invisible Institute and the Mandel Legal Clinic at the University of Chicago Law School launched the project in 2014. The records cover 2002 to 2015, showing some 56,000 complaints of 8,500 officers, all available in a searchable online database.

Angelo noted in the FOP 2014 newsletter that 90 percent of all misconduct cases in the city were ruled “not sustained,” “unfounded,” or “exonerated” following an investigation by the Independent Police Review Authority.

IPRA, which has long been criticized by advocates and citizens for its lackluster investigations, came under increased scrutiny following the McDonald video release. After intense public pressure, the police review board announced in March that an outside law firm will conduct an audit to determine if it has properly handled misconduct cases.

In Austin, 1,237 complaints were made between over that 13-year period, with just 25 “sustained,” meaning the complaints warranted disciplinary action. Nineteen complaints resulted in discipline, ranging from a reprimand to multiple days of suspension.

“It seems like common sense that we shouldn’t be destroying police misconduct records when we know that it holds such valuable information that could hold law enforcement accountable,” said Alison Flowers, a journalist with the Invisible Institute.

Flowers and Ford both cited the Jon Burge case as a reason to maintain police misconduct records.

The former Chicago police commander served four years in prison following his 2011 felony conviction stemming from torture allegations by suspects between 1972 and 1991. Burge and some of his officers were accused of torturing suspects into making confessions.

“Just look at the Burge case, which happened more than five years ago,” Ford said. “Because we had those records, we were able to get justice in that case.”