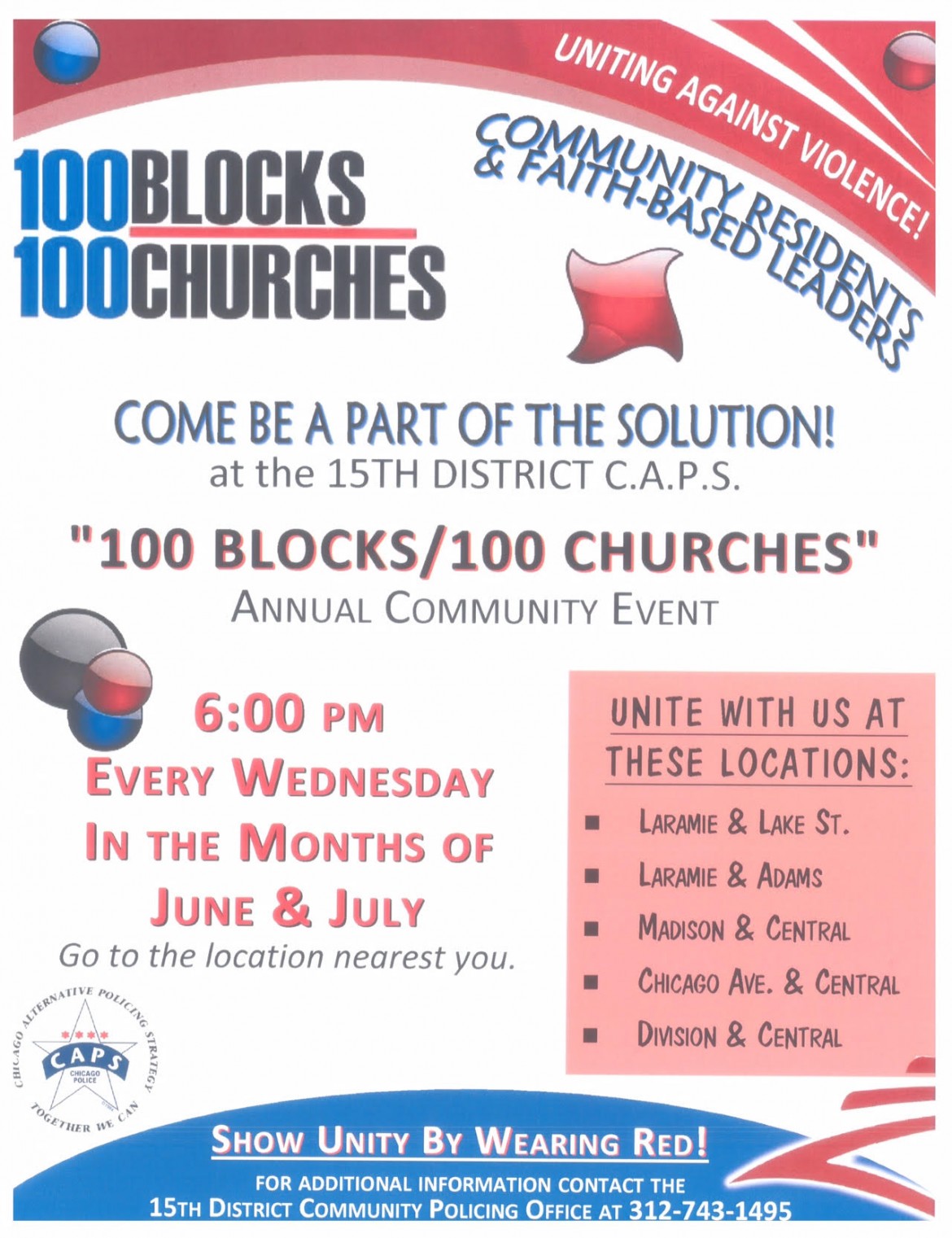 Austin’s annual 100 Blocks/100 Churches anti-violence community event kicks off today at 6 p.m. For six years, church congregations have held a one-hour prayer vigil on Wednesday nights at some of the area’s most crime-ridden blocks.

In 2010, Austin’s 15th District CAPS office launched 100 Blocks/Churches as a neighborhood crime deterrent. At first, it was held in June but has since expanded to include Wednesdays in July, too.

Church members gather on neighborhood corners in an effort to “take back the street through “positive loitering” as participants describe it.

This year, the two-month campaign takes place as the city grapples with increased gun violence and shooting deaths.

The Memorial Day weekend alone saw six deaths and dozens shot. Many of those victims were from the West Side. The month of May saw 59 shooting homicides citywide, up from 41 the previous month, according to a Chicago Tribune year-long analysis of gun violence in the city.

Just over 1,500 people have been shot in Chicago so far this year, with some 252 gun deaths, including about 70 in Austin, compared to 171 gun deaths over the same period last year.

Locations this summer for 100 Blocks/100 Churches include:

Two shootings occurred within a couple of blocks Chicago and Central from April 23 to May 23, according to the Tribune.

The anti-violence campaign is held in the summer when gun violence in Chicago typically increases. But shootings in 2016 have been an ongoing occurrence since January, which saw 58 shooting deaths in Chicago. Shooting deaths in January 2015 totaled 32 by comparison.

As in years past, participants are encouraged to wear red as a show of unity.