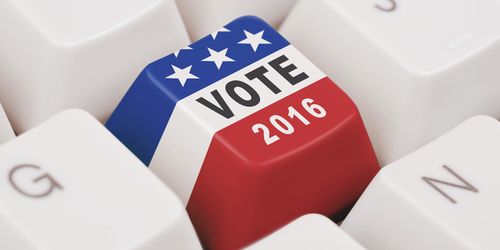 The ballot for the March 15 primary election is starting to take shape.

State lawmakers won’t see much competition this election cycle, but committeemen races in Chicago’s West Side wards could get interesting now that the Nov. 30th filing deadline has passed.

The political power of the average committeeman can be significant.

A committeeman is allowed by law to nominate only judicial candidates from his or her own party, but they also have routinely nominated candidates for other local and state positions, said Dick Simpson, a former Chicago alderman and professor of political science at the University of Illinois at Chicago.

So if you’re at the polls in March and see the same candidates you saw on the city’s ballot back in February, that’s because many aldermen also run for committeemen.

“Aldermen always like to become committeemen because it prevents others from running for alderman,” Simpson said. “I see it as guaranteeing their power.”

Here’s a look at who is running in some of the West Side precincts:

Each ward will end up with one committeeman from both the Democrat and Republican parties; they are elected for a four-year term.

In the 28th Ward, current alderman and incumbent Jason C. Irvin faces competition from fellow Democrat CaSandra Colvin. On the Republican side, incumbent Shawn A. Walker will face off against challenger Eric Pulia.

In the 37th Ward, Ald. Emma Mitts is running unopposed for the Democratic seat. Republican incumbent George McKinley will be challenged by Juel Melton.

Perhaps as interesting as who is running for the U.S. Congress 7th District seat is who isn’t running.

Earlier this year, Amara Enyia, executive director of the Austin Chamber of Commerce, formed an exploratory committee for a possible run at long-time Rep. Danny K. Davis’ seat. Davis was first elected in 1996.

But after meeting with the incumbent last month, Enyia decided to hold off on a congressional bid, according to the Austin Weekly News. Davis will face challengers Frederick Collins and Thomas Day, both Democrats. There is no Republican challenger.

State Sen. Kimberly A. Lightford (D-Chicago) is running unopposed. She has not faced a challenger in a general election since 2006. Lightford has held the seat since 1998.

Also running unopposed again is state Rep. Camille Y. Lilly (D-Chicago). Lilly is seeking a fourth two-year term. She has not been opposed in a general election since her appointment in 2010.

And while there is no Republican challenger for Ford’s 8th District spot, he will be contested in the primary by fellow Democrat Steve Golston. Ford hasn’t seen a challenger for the two-year term since 2006. He is seeking a fifth term.

The ballot will be finalized in coming days.

Any registered voter can challenge a candidate’s petition, so long as the voter is challenging a candidate from his or her own district, said Jim Allen, spokesperson for the Chicago Board of Elections Commissioners. The cut-off date for filing a challenge is Dec. 7.

State representatives must have a minimum of 500 signatures; state senators a minimum 1,000; and those in Congressman Davis’ district needed 1,322.

Ward committeemen signature requirements vary widely by ward and party affiliation – from as few as 67 for a Republican in the 37th Ward, to as many as 759 for a Democrat from the 29th Ward.

Here’s the unofficial list of all local and state candidate filings for the March primary for offices that include all or parts of the city of Chicago.

More information about the 2016 primaries can be found here.