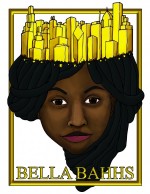 The first single on 22-year-old Ambrell Gambrell’s new album tells the story of a young black woman raised on Chicago’s West Side by “a long line of black queens.”

The song – “O.G.,” which stands for “original gangsters” – is featured on Gambrell’s EP titled “HERstory.” It challenges society’s perception of women and the black family.

“The song is more of an autobiography than just a rap song,” said the 22-year-old hip-hop recording artist and Dominican University graduate also known as Bella Bahhs to her fans.

“All the things that I’m talking about (are) really specific to my family,” Gambrell said.

In the song’s intro, Gambrell introduces her grandmother as a hard-working black woman who provided for her children and grandchildren despite living in poverty:

Granny was an entrepreneur

When she moved to the Chi she was dirt poor

Plus, she had kids to provide for

Made something out of nothing, though

The lyrics go on to explain that black women, including Gambrell’s mother, aunts and grandmother, who passed away from Stage 3 lung cancer earlier this year, are constantly stigmatized in American society.

“I wrote ‘O.G.’ for two reasons: To tell a story that humanizes the drug dealers who are constantly criminalized in the media and to praise the resilience of black women.”

“When people in impoverished neighborhoods engage in illegal activities like selling illicit drugs, it’s usually because they don’t have any legal means to provide for their families,” Gambrell said. “The same people who are considered criminals to most of society are considered heroes to the children, families and communities they take care of.”

Gambrell said her debut song “O.G.” focuses on the perception of black women because they’ve always been “resilient caretakers of their communities.” 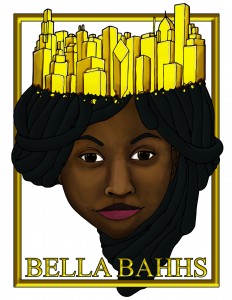 Gambrell’s cousin, 25-year-old Montoya Lashley, said the sacrifices her mother and grandmother made for the family paved the way for her generation to make better decisions.

Lashley, a graduate of the University of Illinois at Chicago and an auditor, said now she has the responsibility to help improve the next generation, as the women before her did.

“I know how important it is to have that role model, to be able to see someone that looks like you accomplishing things,” she said.

That’s why Lashley has been volunteering as a mentor for nearly a year at Metro Squash, a program that provides enrichment programs to Chicago’s underserved youth.

What will help to change the perception of African-Americans in society is working to impact the youth in positive ways, Lashley said. This will lead the current generation to make better decisions and choose a better path, she said.

“Being an example to the youth will begin to change the perspective others have on the culture.”

That’s one of the aim’s of Gambrell’s 9-track EP. She also hopes to change the racist rhetoric surrounding the mass incarceration and genocide of black American youth.

Gambrell has spoken out before about issues and misperceptions affecting her community. AustinTalks interviewed her in fall 2013 about the relationship between West Side residents and the police.

In her album, she challenges the racist rhetoric surrounding the mass incarceration and genocide of Black American youth and puts a new face — her own — to the numbers of dead, dying and dehumanized young African-Americans.

She hopes her record will prompt people to rethink how they view African-Americans.

“HERstory is more than a music project,” said Gambrell, who has a bachelor’s degree in corporate communications. “It’s part of a public relations campaign to increase the perceived value of Black lives.”